Marko: Sainz was unlucky to have Verstappen as teammate 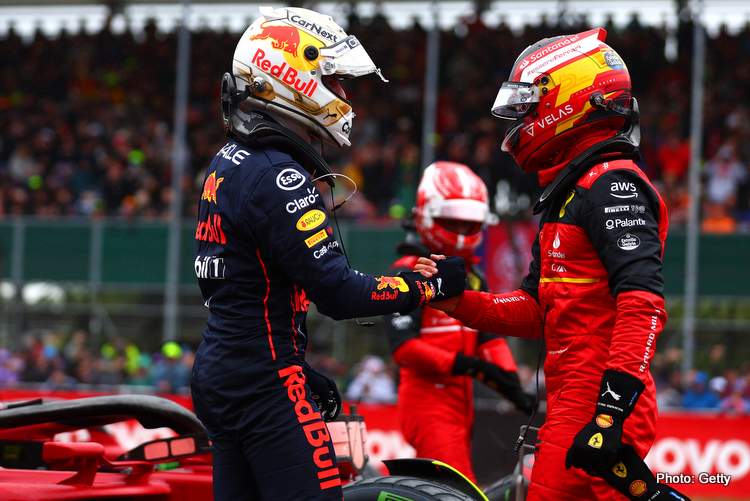 Red Bull consultant Dr. Helmut Marko revealed that Carlos Sainz was unlucky to have Max Verstappen as a teammate in their Toro Rosso days, as the Dutchman overshadowed the winner of the 2022 British Grand Prix.

Carlos Sainz started his Formula 1 career as a Red Bull junior driver alongside Max Verstappen back in 2015, when both drivers shared the garage at Toro Rosso (now AlphaTauri).

But their paths diverged after one season only as teammates, with Verstappen’s sensational promotion to Red Bull in the middle of the 2016 season to replace the ousted Daniil Kvyat for the 2016 Spanish Grand Prix, and he won that race, the rest being history.

Sainz on the other hand remained at Toro Rosso for two more seasons, and was lent to Renault in the final four races of the 2017 season, where he remained for 2018, switching to McLaren between 2019 and 2020.

In 2021 Sainz became a Ferrari driver, with whom he won he first race at last Sunday’s British Grand Prix at Silverstone, his 150th race in top flight.

There was no doubt that Red Bull saw more in Verstappen, hence their choice to promote him, a decision some saw unfair to Sainz, but speaking to the Red Bulletin, Helmut Marko reflected on that decision, as part of an interview looking back on Verstappen’s rise in F1.

Sainz was good, but Verstappen was better 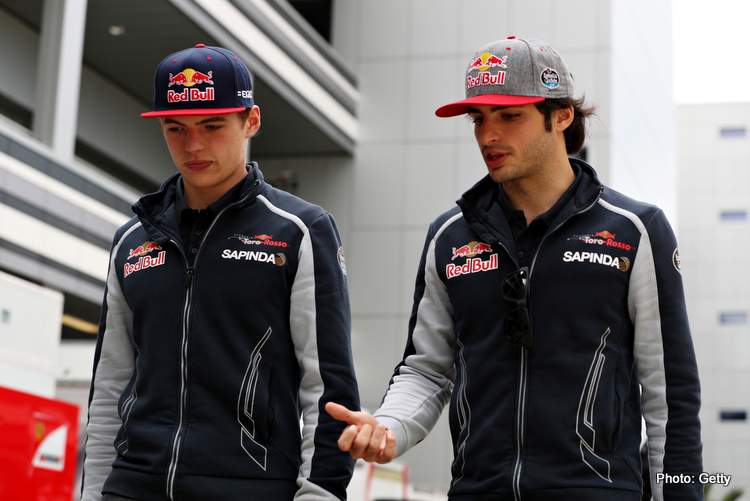 “There was an outcry because some felt Carlos (Sainz Jr.) had been overlooked,” he said. “His development was also very good, and the difference between the two was often very minimal, but despite having less experience, Max was the faster driver.

“Hence our decision to move him to Red Bull Racing. Carlos was simply unlucky enough to have Max as a teammate,” he pointed out.

“Since his first victory (in his 2016 Red Bull Racing debut at the Spanish GP), Max has undergone an incredible growing-up process,” Marko went on highlighting the reigning Champion’s development.

“Now he can prioritise what is important and accepts what he can’t change. When he was younger, he used to swear like a trooper.

“Driving against Max Verstappen is surely no fun,” the Austrian added. “He takes everything to the limit, no matter what the conditions because he has incredible car control.

“For example, in the rain in Brazil [in 2016], there was a moment where the car went sideways at 300kph, but he managed to regain control,” he recalled.

Verstappen now has Sergio Perez as a teammate at Red Bull, and the pair seem to be working well alongside each other, and Marko hails the decision to hire the Mexican, the first time in a while since Red Bull chose a driver not part of their program.

“Max can drive any car fast,” he said. “That’s why having Sergio Pérez as his teammate is perfect. Checo doesn’t try to fight but does everything he can, and that can lead to victory as it did in Baku last season.

“The two work very well together,” a satisfied Marko maintained. 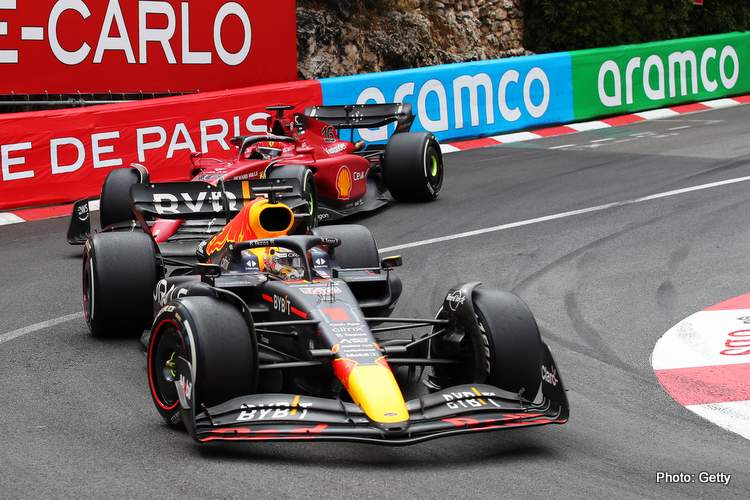 Verstappen won his maiden F1 Title in 2021 after a season-long battle with Mercedes’ Lewis Hamilton, that turned quite bitter, with it’s repercussions still present now.

Marko admitted: “I’ve been at Red Bull Racing for almost 20 years, and I’d never before experienced such a – I want to say – war-like atmosphere as there was between Mercedes and us last season.”

Verstappen now is slugging it out with Charles Leclerc in a resurgent Ferrari who – despite their continuous errors – are the biggest threat for the Red Bull ace in his Title defense campaign.

Marko sees this year’s battle as different, saying: “The current battle with Charles Leclerc is on a different level from the one with (Lewis) Hamilton.

“They’re the same generation and know each other from their karting days,” he added. “Dueling with Ferrari is also emotionally different from dueling with Mercedes.

“We have a similar approach. We’re both passionate fighters. I can see him (Verstappen) driving at this level for another decade,” the 78-year-old maintained.

And in a statement of praise that couldn’t any better, Marko said of Verstappen: “In terms of character, commitment, self-confidence and charisma, I’d compare him to Ayrton Senna.”