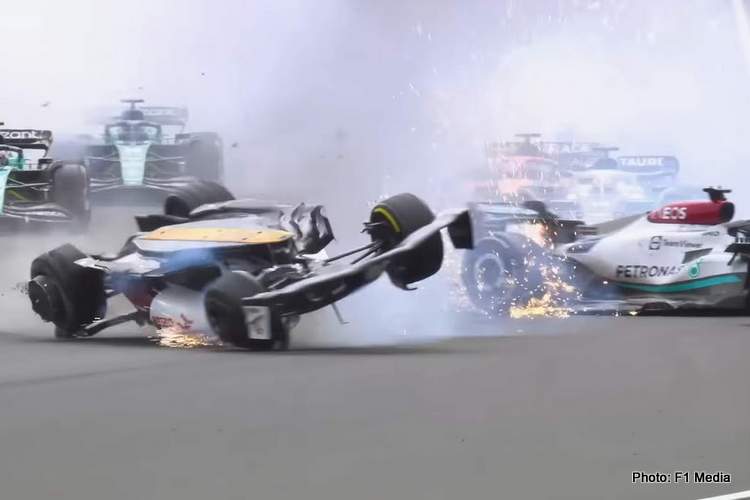 The buildup to the weekend however was not ideal, with the idiotic statements of Nelson Piquet, that somehow resurfaced ahead of the weekend in the United Kingdom months after they had been said.

That stirred up the situation, something no one really wanted especially as we were going racing at the same venue where last year’s Title rivals Max Verstappen and Lewis Hamilton had their infamous Copse incident.

So the boo-brigade was in full swing against Verstappen at Silverstone, which is never nice to see, but he handled himself well. There was nothing much he could do actually, and he cannot be blamed for Piquet’s brain fade just because he is dating his daughter.

How Hamilton justified the boos due to the fans maybe “feeling the pain from last year” wasn’t right. He went on to take another jibe at Verstappen at the end of the race, having fought Charles Leclerc hard, who is “more sensible”, just because they had no problem going through Copse; again, not right.

Lewis is better than this, keeping in mind he was found at fault for the 2021 Copse incident, so bringing up this subject again really serves no one any good. I do get mind games, but we are all trying to move on from the toxicities of the 2021 season, so move on. Max said he did, giving him the benefit of the doubt, move on yourself.

With that out of the way, let’s head to the good stuff from Silverstone, that were somehow mixed up with the bad, but in the end the positives outweighed the negatives, so let’s get some reflection, our Takeaways from the 2022 British Grand Prix. 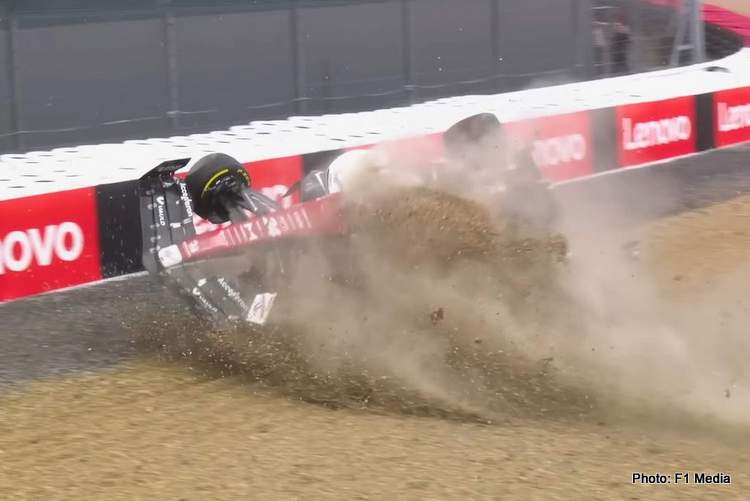 Zhou was unlucky to lose another chance to score points after his excellent qualifying in ninth on Saturday in Silverstone, once again showing his worth as an F1 driver, who has delivered a solid rookie season so far.

But lady luck was very busy saving his life from the first lap crash that saw him skidding upside down into the gravel trap, ending up lodged between the tyre barrier and the fence in a position that couldn’t have been more awkward.

Let’s be honest here, but lady luck couldn’t have got the job done had it not been to the excellent safety levels F1 provides these days, starting with the Halo, followed by the F1 cars’ designs themselves, not to mention the evolutions and constant improvement of the tracks the sport races at these days.

All these factors worked in tandem last Sunday to save Zhou’s life, and we cannot be more grateful for that, also keeping in mind that Alex Albon had a serious crash of his own as well, but the acrobatics of Zhou’s Alfa Romeo deviated our attentions away from the Williams driver’s situation.

Albon was also taken to a medical facility for scans and checkups, after which he was given the all clear, but as he spotlight was naturally focused on Zhou, Alex deserved a mention.

In all cases, both young drivers are still amongst us thanks to the levels of safety that F1 has reached, so for that we are thankful for all the hard work those in charge have done behind the scenes to achieve this. 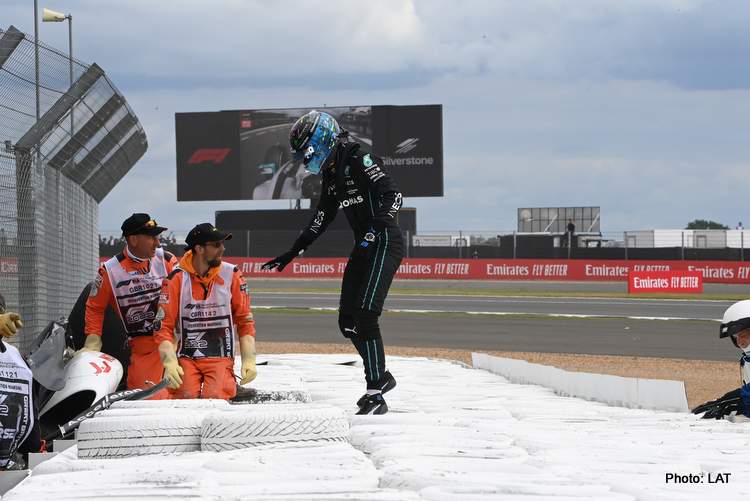 Much has been said in praise of George Russell’s reaction to his crash with Zhou Guanyu, and the way he jolted out of his stricken W13 and ran to check on the driver he just put into the fence.

I am not taking the credit away from Russell, but that is the normal thing to do to be honest, especially as it was his over-aggressive and desperate defense on Pierre Gasly that started the whole first-lap melee at Silverstone.

Russell lost out on the start, and Gasly was just going for the gap like any driver would do, but the former executed an ill-thought move, got tangled by the latter’s front right wheel, spearing into the clueless Alfa Romeo of Zhou.

After realizing Zhou was ok, Russell’s racing instinct kicked in and was debating with the FIA to allow him to restart the race, on the basis that he could’ve drove the car back to the pits had he not stopped. He was ultimately not allowed to do so according to the regulations, which is good as well, to allow him to cool down and ponder his mistake a bit.

What is good though, is that Russell has transformed quite positively from 2021, when – after his crash with the guy he replaced at Mercedes, Valtteri Bottas, at Imola, after a desperate move as well – he went on to punch the Finn’s helmet in the aftermath, without the hint of care for his wellbeing.

Maybe at the time, it was the pressure of securing that Mercedes seat that was driving the young Briton’s actions and emotions, and having landed it, he now calmed down.

Again, I am not trying to discredit the guy, but over-glorifying what he did is not right, as it was the least he could do under the circumstances.

Carlos Sainz saves Ferrari from themselves 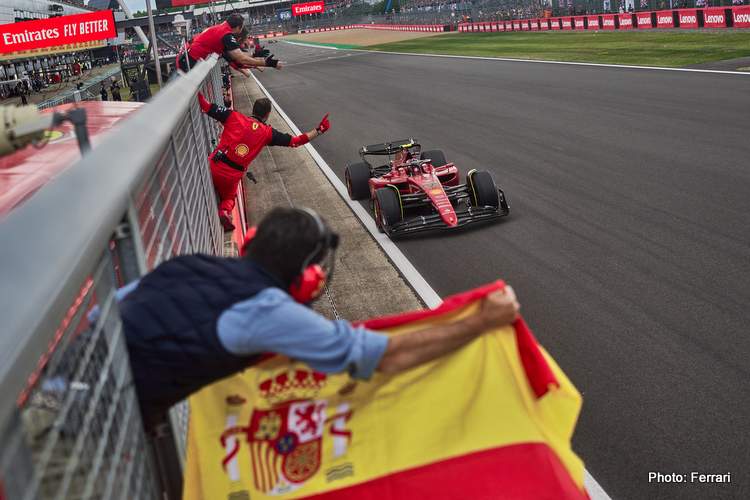 What a great weekend Sainz’s 150th F1 participation was, achieving his maiden pole position and win after getting painfully close several times.

One has to admit though that the pole was down to Charles Leclerc messing his final lap bringing up the Yellow flag that consequently ruined Max Verstappen final flyer, but in the end this is motorsport.

The same could be said about the race, as Sainz was slower that Leclerc and Verstappen throughout the race, and the Dutchman’s car damage helped the Spaniard’s race.

But in this instance, Sainz played a very important role in securing his first ever F1 career win, a masterclass in fact, as he made no mistakes, and soaked the pressure pretty well after the Safety Car restart towards the end of the race, with Sergio Perez and Lewis Hamilton on fresh Soft tyres ready to pounce. He may not have the raw pace of Leclerc and Verstappen, but he is a smart hard working driver meaning he will win more races.

Let’s not forget Ferrari’s pathetic request of Sainz to leave a space of ten car lengths between him and his teammate to give the latter a chance, because they left him out to dry on worn out tyres, opting not to pit him under the Safety Car to maintain track position.

What where Ferrari thinking to ask that? Leclerc was already vulnerable and they were willing to put Sainz in the same position, because once that Perez overtook him, there was no way to regain the position with the RB18’s top speed advantage. Don’t forget the pumped-up Hamilton looking to secure a strong home result as well.

But Sainz did the right thing, defying his team’s instructions, and overtaking Leclerc on the restart and cruising to the flag as Leclerc, Hamilton, and Perez were locked down in thrilling tussle for the final laps, one in which the Monegasque fought valiantly while on the back foot thanks to his team, who failed him yet again.

What Sainz did made sure a Ferrari won the race, when it should have been a one-two had it not been for another one of their classic race mismanagements on a day when the drivers were playing ping pong with the team’s pitwall with all the earlier debate regarding team orders, which the whole world witnessed. Pathetic. 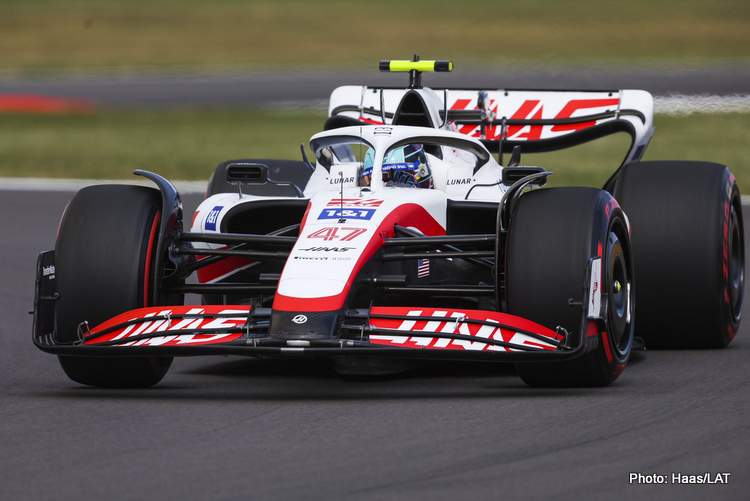 The best two tweets from the weekend:

I’m ok, all clear. Halo saved me today. Thanks everyone for your kind messages! pic.twitter.com/OylxoJC4M0

All ok, the pets are ok 😅 but more importantly I’m glad @ZhouGuanyu24 is ok! Thank you to the medical staff and for all the messages. Eyes already on Austria 👊 pic.twitter.com/15PI86Iooz