Domenicali: Too early to say the championship is finished 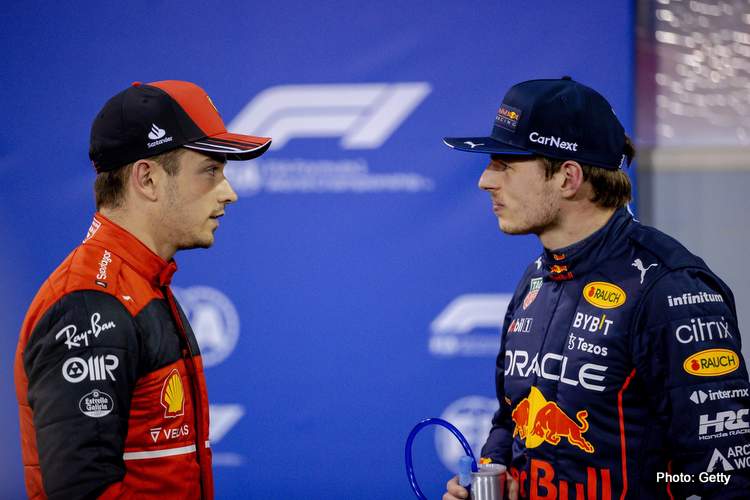 Formula 1 CEO Stefano Domenicali insists the 49-point lead Max Verstappen has over Charles Leclerc can still change claiming its too early to say the Championship is finished.

The fight has been close between Verstappen and Leclerc this season, but with the latter hitting trouble lately – having two DNF’s in Baku and Barcelona, and a strategy blunder costing him a Monaco win – Verstappen has made inroads into the Championship fight creating a healthy lead over his Ferrari rival.

However, F1 CEO, Domenicali insists that Title fight is far from over, and told the Evening Standard: “If you remember after three races of the season, the comment from Max Verstappen was that the game was over and Ferrari was leading by 40 points or so.

“Now, it’s the other way around, because Max is leading the championship by 49 points,” he added.

“I would say we need to be prudent,” the Italian warned. “The championship is very long and is going to have lots of ups and downs.

“It’s too early to say the championship is finished, and I say that not because I hope that but I do believe that. We’re just one third of the season in. There are a lot of races and I’m sure the championship will be tight,” he insisted.

Ferrari are strong, Mercedes getting close

The F1 boss is hoping that Mercedes will soon have a say on the Championship proceedings, on top of Ferrari naturally being the biggest threat for Red Bull and Verstappen, in a year when budget caps will play a decisive role in how teams develop their cars, hence affecting the performance rankings as the season progresses.

“[Leclerc] is in great shape and Ferrari are very close,” Domenicali said. “I also see signs that Mercedes are getting faster, so the scenario for the championship is to be close.

“It all depends how the cars adapt to the circuits and how, with this budget cap, the teams relay upgrades to the car. That’s the beauty of the situation we’re in.

“For sure, Mercedes are going to be closer, because they are an incredible team and all the titles achieved in the past — eight in a row.

“They’re going to be there — they will not give up. And that will help for the situation to be a little more mixed up,” the former Ferrari team principal concluded.

F1 now heads to the UK for the 2022 British Grand Prix at Silverstone, round ten of the Championship between July 1 and 3.