Horner: Masterclass by Verstappen, in the form of his life 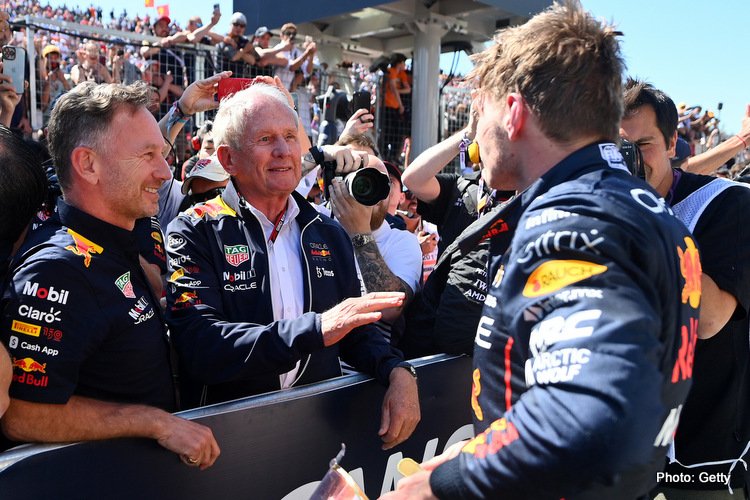 Six wins in nine races, two on the trot with wins in Baku and Montreal, reigning Formula 1 World Champion Max Verstappen is on a charge after delivering a what Red Bull team boss called a “masterclass” at the Canadian Grand Prix this weekend.

That charge means he leads the 2022 F1 drivers’ standings by 46 points over teammate Sergio Perez (who suffered a DNF) and more importantly 49 points ahead of Ferrari title hopeful Charles Leclerc who finished fifth on the day, after starting from the back of the grid due to PU-related engine penalties.

The three days in Montreal provided F1 with just about all the elements possible, from hot and sunny to torrential downpours plus everything in between.

But whatever was thrown at the 10 teams and their 20 drivers, it was always Verstappen who came out on top; only Fernando Alonso was faster than him in a session, that was the soaking wet FP3 on Saturday.

A couple of hours Max went on to dominate qualifying, in ultra-tricky conditions, the Red Bull driver went on to notch up his 26th Grand Prix victory despite huge pressure from second-placed Carlos Sainz in the Ferrari.

Whatever happened before lap 55 hardly mattered, as the 7-8 seconds lead Verstappen enjoyed was nullified when a safety car period concertina-ed the field for a 15-lap shootout with Sainz tucked under the #1 car’s rear-wing, just about always in DRS range. 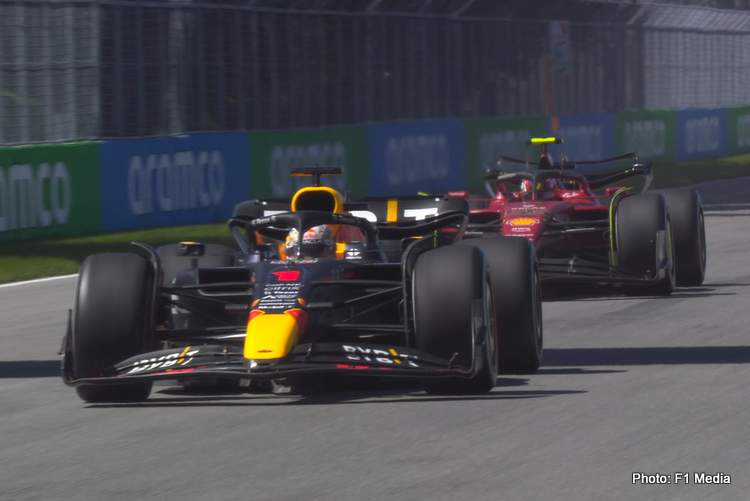 But when it really mattered was the drag-race up the Casino Straight at the very end of the lap, but each time Verstappen had the apply named The Hairpin sussed, as the Ferrari closed in on the brakes into it, the Red Bull had massive traction out of the 180 degrees turn. That’s where he ultimately won the race.

The genius of the defence did not go unnoticed by team boss Christian Horner, who told F1TV: “From Max, he dominated all weekend and from that amount of pressure that he had to soak up after the VSC. He was absolutely clinical, really, really impressive drive.”

“He was super cool, and we had a radio issue as well, the thing is he could hear us but we could not hear him, the way he managed the race, controlled the pace, the tyres, it was a masterclass,” insisted Horner, whose Red Bull team now lead the 2022 F1 constructors championship by 76 points from Ferrari.

Speaking to Sky F1 after the race at Circuit Gilles Villeneuve, Horner added: “It wasn’t very comfortable at all in those last 10 laps or so because Max just couldn’t break the DRS and the Ferrari was very quick in the straight line. They could attack the kerbs and stay close but there wasn’t a single mistake.

“All credit to Carlos, he pushed him really hard. The strategy wasn’t clear because we went for that early stop, we felt that was the best route to the end of the race, and then Sainz got a free stop too which set it up nicely for the end of the race. It was super tight.

“We’ve just got to take each race one at a time. We’ve put a great run together and it’s great to be heading to Silverstone leading both championships. Max is in the form of his life and doing a great job,” added Horner. 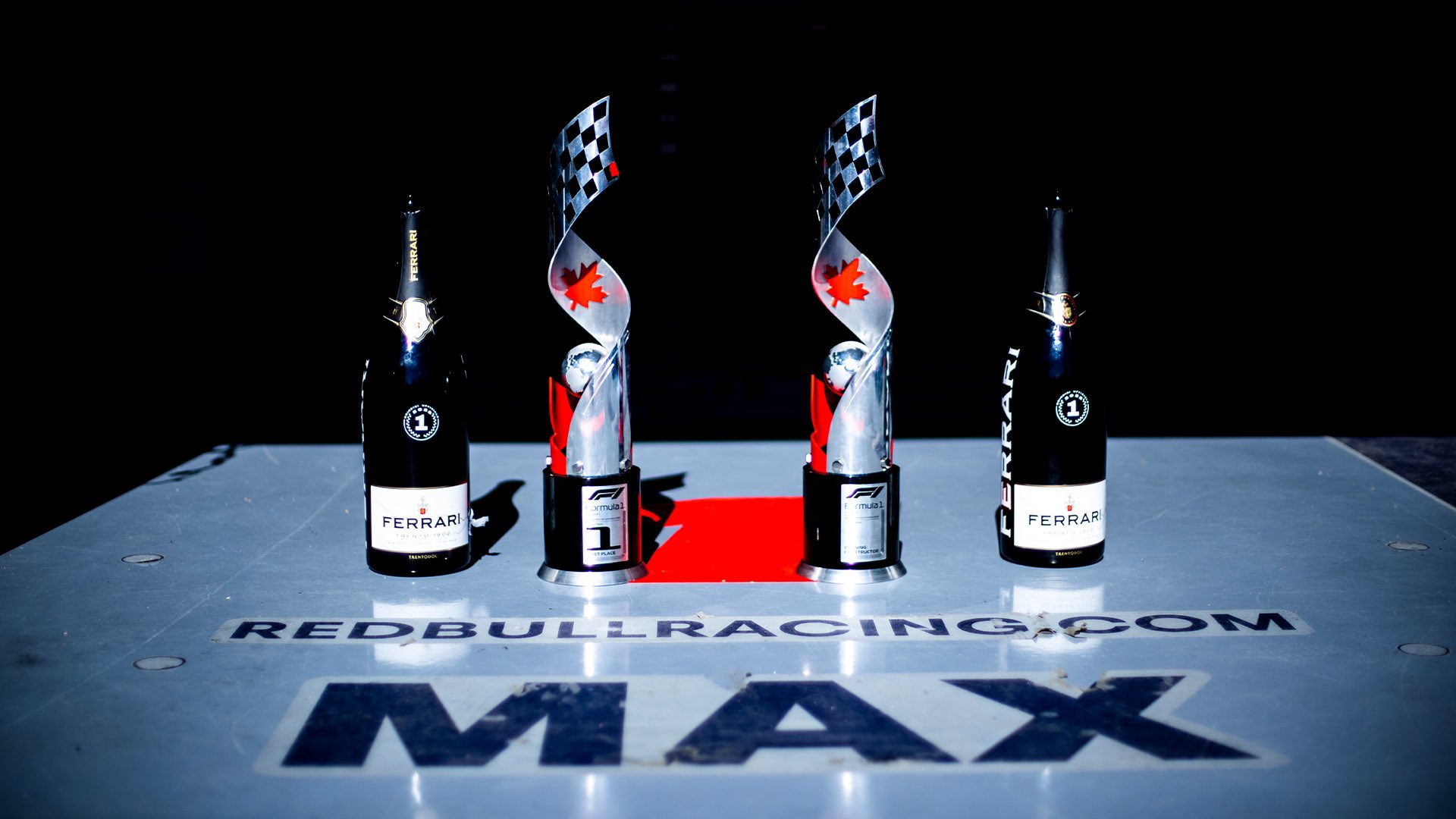 It is difficult to argue with Horner, Verstappen is now the clear favourite to take his second F1 title in a row, and if it carries on this way the title could well be decided by late Autumn as Perez is unlikely to be a challenger as long as Verstappen is in it with such a great advantage.

The real challenge are Ferrari who tripped over themselves of late and as a result, lost the upper hand they enjoyed early in the season, they now need to find some one-two-victories in the F1-75 to remain in the hunt.

But that won’t be easy as Red Bull, under Adrian Newey, tend to fine-tune (aka improve) their package at far more rapid and consistent rate than their rivals, hence the RB18 might not have been the choice piece of kit at the start of the season but in Max’s hands it sure is now, and expect it to get better and better.