Tost: These are F1 cars, not a Rolls Royce 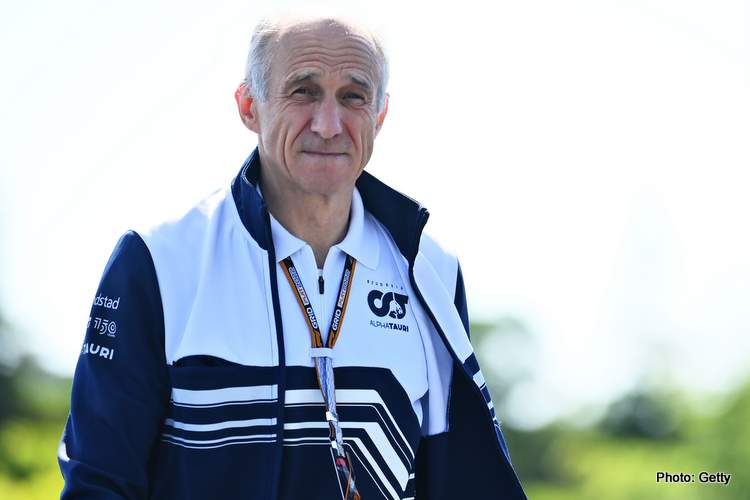 Franz Tost blasted Formula 1 drivers for complaining about the ride of their 2022 cars, saying these are F1 cars are not a Rolls Royce.

As Formula 1 wrestles with “porpoising” problems that have left some drivers battered and bruised, and the AlphaTauri boss suggested on Saturday that if conditions are too tough in the cockpit there is always a comfortable couch at home.

Driver health has been put in the spotlight at the Canadian Grand Prix with teams told to put safety before performance and address the problem of cars bouncing dramatically at high speeds.

Concern reached new levels last weekend at the Azerbaijan Grand Prix when seven-time World Champion Lewis Hamilton struggled to get out of his Mercedes at the end of a punishing race.

Tost, whose drivers are Frenchman Pierre Gasly and Japan’s Yuki Tsunoda, said he understood cars were difficult to drive but offered little sympathy.

“These are Formula 1 cars, this is not a Rolls Royce and drivers should be aware about this,” said the Austrian, before the cars took to a rainy Circuit Gilles Villeneuve on Saturday for final practice and qualifying.

“If the cars are too stiff, it’s too difficult for them (the drivers) maybe they should stay at home, in the living room sitting in a chair and they can do their races,” he added.

“Porpoising” has become the newest F1 flash point with the governing FIA wading in on Thursday with a technical directive of measures to reduce or eliminate the problem. It said it had done so in the interest of driver safety.

Clear from the beginning that 2022 cars not easy to drive

“It was clear from the very beginning that these cars would not be easy to drive,” said Tost. “This floor makes it necessary that cars are set up stiff, that the cars are quite close to surface. The cars aren’t anymore as comfortable to drive as they were in the past.

“Now the drivers complain about it. I can understand it is not so easy for them, on the other hand this is a Formula One car not a Rolls Royce,” Tost insisted.

Tost recalled a time when drivers would come to him after a race saying they needed to see a dentist because the ride was so jarring.

The AlphaTauri boss suggested maybe a little more time in the gym and a bit less complaining might help.

“Drivers must do more training for their neck muscles – this helps for sure,” added Tost. “And the FIA is coming now with this technical directive which of course will help to find out how big are the forces.

“How much this can be controlled we don’t know yet,” he mused. (Reporting by Steve Keating)