Wolff: In F1, we need to be protected from ourselves 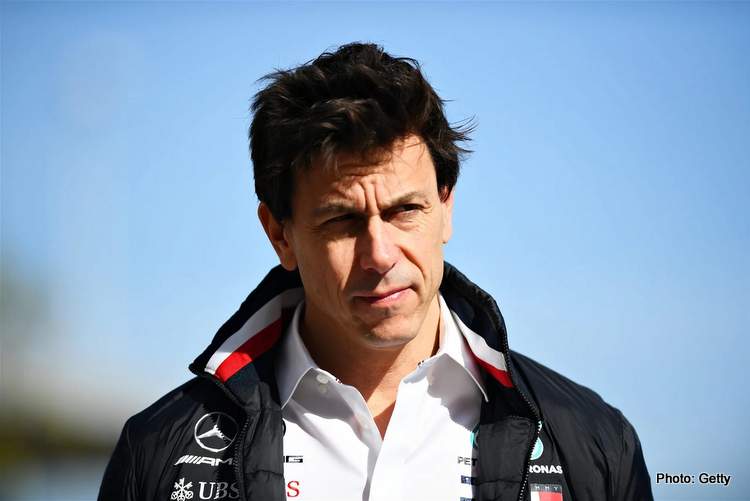 Toto Wolff claims that the FIA Technical Directive aiming to reduce the bouncing is the best way to protect Formula 1 teams from themselves.

The FIA announced that they are taking action to reduce the “porpoising” or bouncing that the 2022 F1 cars – especially Mercedes’ W13 – are suffering from.

It came after several drivers, mainly George Russell and Lewis Hamilton voiced their concerns about the safety aspect with the bouncing cars, noting that some other drivers shared their view while others didn’t.

It is not yet clear how the FIA will manage the situation, something GrandPrix247 has shed light on, and Toto Wolff was faced with questions regarding the new Technical Directive in a media session in Montreal on Friday.

“I think that sometimes in F1, we need to be protected from ourselves,” he said. “Everybody’s chasing performance.

“And, like many teams didn’t like the cost cap, and tried to fight against it, or fight regulations that they deemed to be counter productive for their own purposes, now we have a situation that the way the cars have been designed, they are ground effect cars.

“And as ground effect cars did in the 80s and the 90s, these cars are porpoising. And to a higher or to a lesser degree with some of the teams. But as a matter of fact, there is a health issue with the drivers, and that’s why we cannot just leave it to the teams to say well up to you to judge,” Wolff explained.

Some drivers who voiced concerns are suddenly silent

The Mercedes boss seemed to be hinting that some teams are putting a muzzle on drivers complaining about the bouncing.

“We can already see that drivers that have been pretty vocal about the pain and the blurred vision, suddenly are less talkative about it,” he claimed. “And that shows that all teams have to be protected from themselves by regulatory change.”

The rules change might hurt Mercedes’ performance, especially if that means that raising the car ride height will be the short-term fix.

Confronted by the fact that Mercedes’ might have shot themselves in the foot, Wolff said it is about the “bigger picture”, and added: “If all of us could have solved it, we would rather solve it then have the situation.

“I think we all have a responsibility for our drivers,” he continued. “This is not an area where teams should push against the change just because they believe they have an advantage to it. It’s a ground effect problem.

“Some of the teams that are in the front that haven’t had the problem, even their drivers have been vocal in the media, such as Sergio. And there is not one single one single driver out there that hasn’t felt the pain.

“So this is a health issue. And I see a strong FIA coming in with the necessary steps,” the Austrian maintained.