Hamilton may be replaced by Nyck de Vries in Montreal 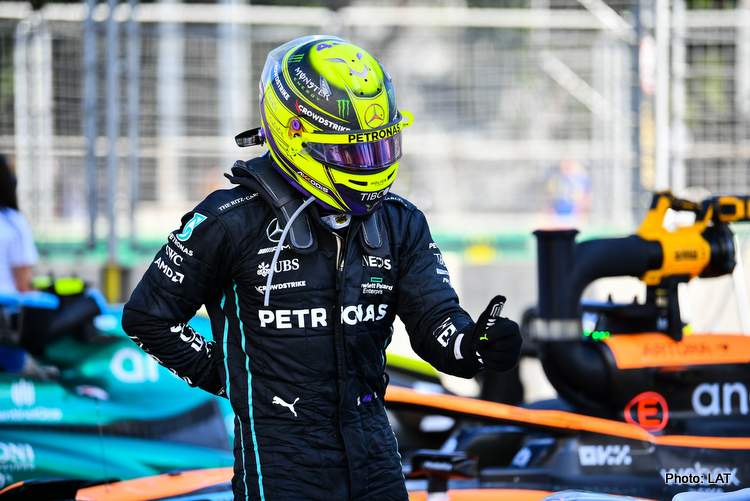 Lewis Hamilton may be replaced at Mercedes, by Nyck de Vries for the 2022 Canadian Grand Prix, should the Briton be unfit to race in a week’s time.

Hamilton was seen struggling to climb out of his car as the end of the 2022 Azerbaijan Grand Prix, after suffering from the extreme bouncing of his W13.

According to information Grandprix247 got hold of within the paddock in Baku, sources close to Mercedes say that Toto Wolff, the Mercedes team boss has already contacted Nyck de Vries for a possible stand in job for Lewis Hamilton in Canada next weekend.

The sources say, De Vries will be at the Mercedes factory on Monday to start preparations, should the seven-time Formula 1 World Champion be deemed unfit to race in Montreal.

Toto Wolff expressed concern after the race in Monaco, and when he was asked if Hamilton might not be able to race in Canada, he said: “Yeah, definitely.

“I haven’t seen him and I haven’t spoken to him afterwards, but you can see this is not muscular anymore – it goes properly deep into the spine and there are some consequences.

“At this stage I think he is maybe the worst affected of all drivers. But pretty much everyone, as far as I understood from the drivers, said something needs to happen.

“The solution could be to have someone in reserve, which we anyway have at every race, to make sure our cars are running,” he concluded.

Nyck de Vries currently drives for Mercedes in Formula E, and is the reigning Champion of the series. He is a reserve driver for the World Champions,  and has recently tested for Williams during FP1 for the 2022 Spanish Grand Prix.