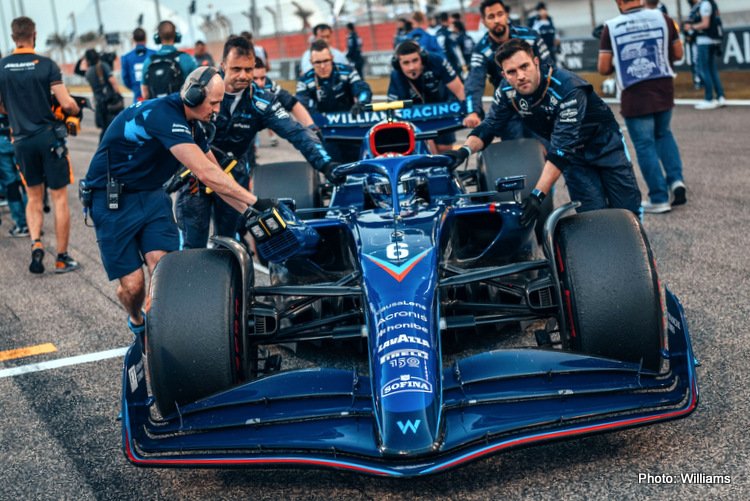 Williams were fined $25,000 for breaching Formula 1’s cost cap regulations by missing a deadline to file the team’s 2021 accounts, the governing FIA confirmed this week.

It reported that an ‘accepted breach agreement’ dated May 19, 2022, was entered into by the FIA and Williams Grand Prix Engineering Limited.

Williams were notified on April 12 that they had committed a procedural breach after the team voluntarily disclosed the problem ahead of the March 31 full-year reporting deadline.

The matter has since been resolved and Williams have paid the penalty. The former F1 champions are the first to be punished for a breach of the cost cap regulations which limit F1 teams to spending of $140 million this year.

Privately-owned Williams, once a dominant force at the pinnacle of the sport – with nine F1 constructors’ titles, seven F1 drivers titles and 114 Grand Prix victories to their credit – but without a F1 title since 1997 and now fighting among the back-markers, have one of the smaller budgets in the sport.

The biggest and wealthiest teams have warned that keeping within the limits will be impossible due to inflation and spiralling costs, and want the FIA to stretch the cap.

Mercedes F1 boss and co-owner Toto Wolff told reporters at last month’s Monaco Grand Prix that his team’s energy bill at the Brackley factory had gone up from 2.5 million pounds ($3.15 million) to 6.5 million and freight costs in a similar way.