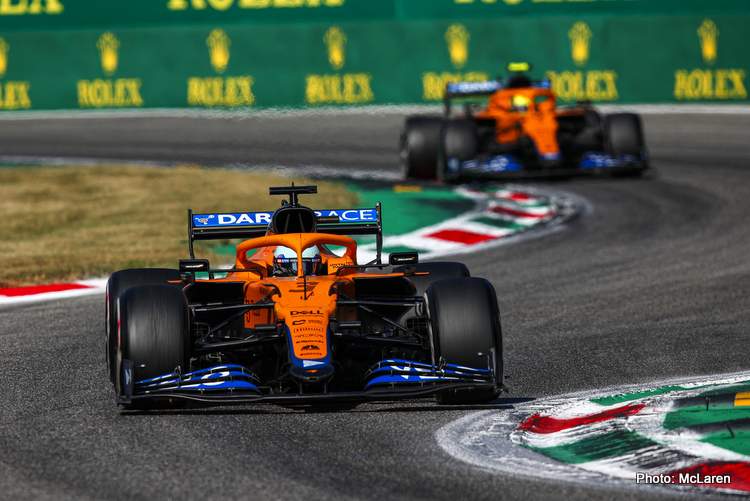 McLaren technical director James Key, spoke of the challenges of 2022, as Formula 1 features cost caps along with a set of new technical regulations, the tech boss claiming this creates the biggest blank sheet he has ever witnessed in the sport.

With the 2022 season looming – the first three days of the six planned for preseason testing scheduled on February 23 till 25 in Barcelona – all the teams are in overdrive over the winter break to get their 2022 racing machines ready, hoping that they have got their sums right with the new F1 regulations.

One of the teams that has been on an upward trajectory for some time now, and looking to capitalize on the new 2022 regulations, is McLaren, and the team’s technical director spoke of the challenges they are facing as they prepare for the upcoming season.

“It’s a shame that we live in a world where we’re trying to adapt to the cost cap era,” Key told racingnew365.com in an interview, highlighting the challenges the team faces ahead of the 2022 F1 season.

“We have [fewer] things like less wind tunnel and CFD time, for example, and that sort of thing. So that’s kicked in almost a year too early! And that was never the intention of the SATS [sliding scale aerodynamic tests].

“I think those added complications have made probably the biggest blank sheet of paper we’ve had with a Formula 1 car in my memory – which is like 25 seasons now,” the Briton claimed.

“To come with additional constraints and restrictions, it’s always nice to have the full freedom to do these things,” he went on. “But that’s not right with the ethos of the cost cap, so the fact that everyone has got that challenge, I suppose, is a good thing.”

Of his predictions of the 2022 pecking order, Key said: “I think you’re gonna have probably a familiar pecking order; there’s probably going to be some surprises one way or the other, [but] not necessarily at the first race.

“The first race isn’t going to be representative. I think, as the season pans out, we’ll see that shifting around. But I think, when things settle down, it will be the team that’s smartest within the cost cap.

“That’s maximising performance, which isn’t just down to design and development necessarily, it’s down to deploying it at the track, it’s down to how we operate at the circuit, how the production facilities work, how, internally, we make our priorities as a technical group against [the] financial side, and so on.

“So there’s going to be the financial game of extracting the most out of it, but all of that turns into activities which, ultimately, are racing. It’s really just getting that balance right and being smart about it,” the 49-year-old explained.

The former Toro Rosso (now AlphaTauri) and Sauber (now Alfa Romeo) technical director believes that initial quick performance gains from the 2022 F1 cars are limited, as coming up with more innovation in the future will prove vital for teams looking to improve.

“The low-hanging fruit is gonna dry up pretty quickly on these cars,” he pointed out. “So we’re gonna have to do something quite different here in year two or three of these regs, but how can we do that without spending a ton of money as we typically would?

“I think that’s probably where it’s gonna get to, but it’s nice to have the smartness of a team coming to the fore, more than just its financial clout, for me,” Key reflected.

McLaren lost their battle to achieve third in the Constructors’ Standings to a resurgent Ferrari in 2021, despite achieving a famous 1-2 in the 2021 Italian GP, with Daniel Ricciardo leading Lando Norris home.

The Woking-based outfit, however, are upbeat about their development curve and their future prospects in F1, and as many other teams, look to achieve a break through in 2022 capitalizing on the new regulations and hoping that the cost caps will bring all teams closer.

2021, a very special year to be part of the McLaren family. 🧡 Thanks for coming along on the ride.