Marko: No alternative for Gasly better than AlphaTauri 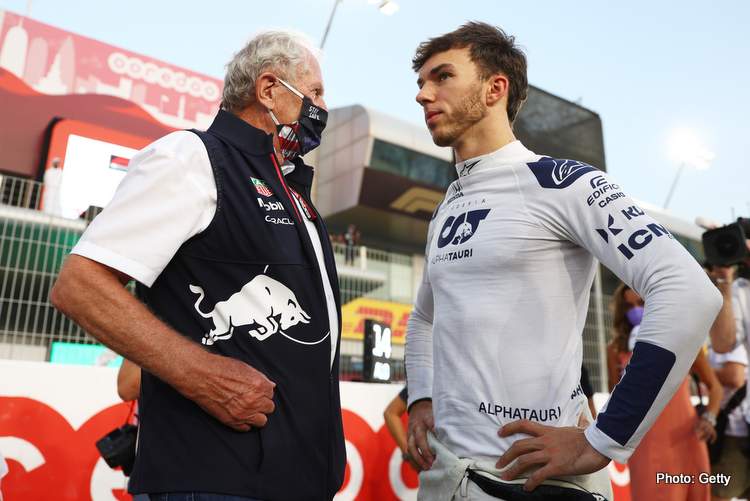 Helmut Marko made it very clear that Pierre Gasly is staying put at AlphaTauri, claiming the Frenchman has no better alternatives than the Faenza-based outfit.

Pierre Gasly never hid his hopes from having another crack at a seat at Red Bull after his failed campaign of 12 Formula 1 races there in 2019, after which he was demoted to AlphaTauri – still Toro Rosso then – for failing to perform alongside Max Verstappen.

Gasly was a changed driver after his demotion, even winning the 2022 Italian Grand Prix, but the signing of Sergio Perez for another two years, means his Red Bull dream still is on hold for now.

But will the 26-year-old be looking around? Helmut Marko doesn’t think so, and revealed he was informed of the Mexican’s contract extension.

“Before the signing , of course, I spoke to Gasly, explained the situation to him and, yes, we’ll just have to see what happens with Gasly after ’23,” Marko told Formel1.de.

Asked in case Gasly – whose contract runs up till the end of 2023 – decides to leave AlphaTauri, if Red Bull would allow that, Marko responded: “What would be the alternative?

Gasly has nowhere to go

“I don’t think there is any alternative for him at the moment that would be significantly better than AlphaTauri,” he insisted.

“It’s safe to assume that the current drivers are set,” Marko added, all but confirming an unchanged driver lineup at AlphaTauri with Yuki Tsunoda sharing the garage with Gasly.

However, Marko believes that there might be changes in drivers in case Covid-19 hits any of the drivers, which means a step up for the Red Bull junior drivers running in F2, which in the current circumstances will be the only chance for the junior drivers to have a taste of F1.

“I mean, we still have with coronavirus buzzing in the room, so that means replacement drivers can come. I don’t hope anyone gets hurt, but they’ll all have to wait another year.”

Asked whether placing one of Red Bull’s juniors in another F1 team, Marko referred to F2 Champion Oscar Piastri, who was unable to secure an F1 drive.

“You can see with Alpine how hard they are struggling with Piastri,” the Austrian pointed out.