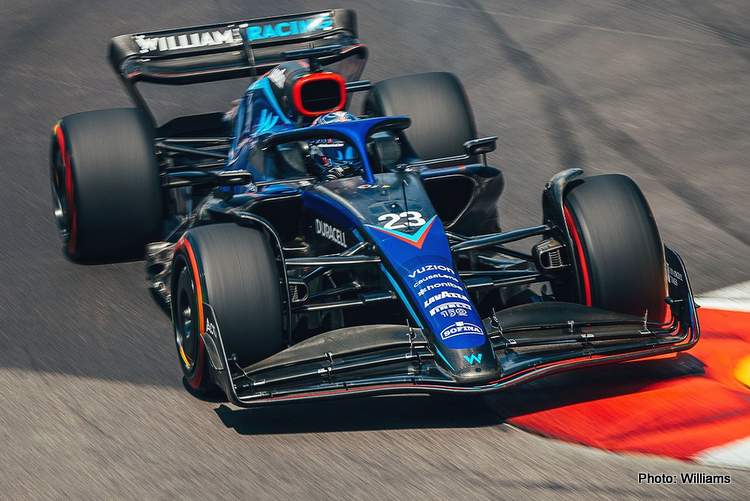 When Alex Albon replaces George Russell at Williams, he had quite big shoes to fill, and the driver he replaced claims the Thai has done an exceptional job so far.

Albon’s Formula 1 career was almost destroyed at Red Bull, where he was ousted at the end of the 2020 season to be replaced by Sergio Perez, after being comprehensively beaten by Max Verstappen.

After one year on the sidelines, Albon’s fortunes changed and he was given a second chance with Williams for 2022, as the British outfit looked to replace Russell, now a Mercedes driver.

It’s not a hidden fact that Russell pushed for Albon to be selected as his replacement, and the latter has rewarded his trust and made the best of his new lease of F1 life, as Williams team boss Jost Capito also expressed his satisfaction with his new driver.

“I think Alex has done an exceptional job,” Russell told the media in Monaco. “There was obviously no secret, he had a tough time at Red Bull, but I think all of us, even probably Max [Verstappen, Albon’s team mate at Red Bull] included, knew how talented Alex was.

“We’ve all raced each other since 2011,” he added. “Alex was a few years older than us, so he was sort of competing against [Nyck] De Vries at the time in KF1 [the top level of karting] I remember.

“And he’s always been there, he’s always been one of the very best. So it’s no surprise to me and [I’m] happy to see that he’s back in Formula 1 and, I think, has cemented his position,” the 24-year-old added.

Nicholas Latifi, Albon’s teammate at Williams was destroyed by Russell before and now the same seems to be happening as Albon has had the upper hand from the get-go, and exclusively scoring the team’s three points so far this season.

Asked if their were any similarities between his current and former teammate, Latifi said: “I mean, it goes without saying they’re both extremely quick drivers and I mean.

“When Alex was announced as the race driver who was going to be my team mate, I had no illusions that he was not going to be on the pace straight away, despite him missing out a year,” he added.

Latifi and Albon raced in F2 in 2018 as teammates at DAMS, and the Canadian reflected on that time saying: “I obviously raced against him in 2018 as his team mate, and I know just how quick he was.

“There’s obviously some little different driving styles here and there, which I kind of knew going into the season as well, just from again having been team mates with Alex before.

“I won’t share the driving style secrets because maybe they don’t want to disclose that! But no, it’s been great having them both as team mates,” Latifi concluded.