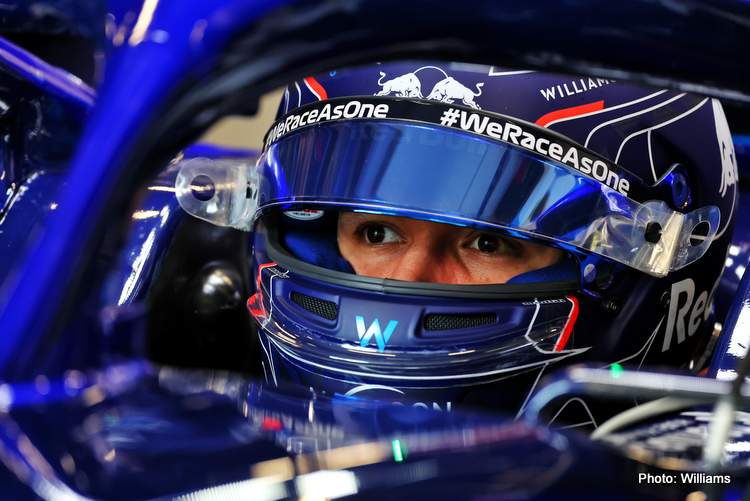 Alex Albon has been given a new lease of life in Formula 1, joining Williams for 2022, an opportunity he seized with both hands impressing his new boss Jost Capito, who said the Thai driver exceeded his expectations.

Life in F1 for Alex Albon has not been easy, thrown into the deep end at Red Bull in 2019 after 12 races with Toro Rosso (now AlphaTauri) to replace the underperforming Pierre Gasly, the Frenchman struggling alongside Max Verstappen.

Things started well for Albon at Red Bull, almost getting a podium at the 2019 Brazilian Grand Prix, had it not been to an on-track altercation with Lewis Hamilton dropping him down the grid, a case when the seven-time World Champion was found at fault and penalized.

Despite getting two podiums in 2020 at the Bahrain and Tuscan Grands Prix, lack of consistency made Red Bull replace Albon with Sergio Perez for 2021, a year he spent on the F1 sidelines in a reserve role while racing in DTM for AlphaTauri.

Albon is relaxed at Williams

Albon was given the chance to drive in F1 again, as he was hired by Williams to replace Mercedes-bound George Russell alongside Nicholas Latifi, with his debut for the team in Barcelona testing being decent enough, racking up 207 laps in the team’s FW44, his best time being 0.381s faster than Latifi’s.

Jost Capito, expressed his satisfaction with his new recruit to MotorsportTotal.com, and said: “He gives very good feedback, is very good at evaluating the car.

“He is relaxed, has a good feeling for the car and works well with the engineers and the team together,” the German added.

“I think he has just the right balance of being a nice guy on the one hand, but then finding the necessary aggressiveness in the car and pushing. He’s a fighter.

“I expected him to fit in really well with the team would. But he even exceeded my expectations,” the Williams team boss claimed.

Albon, speaking to the same publication, seems to be relishing his new team surroundings, which seem more friendly than Red Bull, and hails Capito saying: “He’s just the same away from the media. A great guy.

“There’s also fresh investment from Dorilton, and they’re also very, very motivated and positive people. That’s a great combination. I have the feeling “We have the recipe for a great season and a great future at Williams.”

The FW44 is pretty good, but Albon a bit rusty

The London-born Thai driver revealed that Williams 2022 F1 car felt “pretty good” after the conclusion of the Barcelona test insisting the FW44 was “a healthy basis for the rest of the season.

“There’s nothing that particularly stands out, and that’s always a good thing Signs. Also, the new rules are good for me because everyone else has to start from scratch,” he explained.

“I’m still a bit rusty, but I’m slowly shaking off this rust,” the 25-year-old admitted. “I feel better with every lap.”

Albon went on to state his intent to become “the team leader and develop the car in the best possible way” within his new team, and added: “I’ve had a year to mature. It’s been a short year, but I’ve had the opportunity to question myself and see what I can do better .

“That’s where I learned to manage things a bit more myself. And that’s how I want to approach this year,” he pointed out.

As for his former team, Red Bull, Albon doesn’t hold any grudges: “I’ve always felt loved at Red Bull. I like this team.

“Our working relationship was short but the guys are great and very motivated. They’ve had a great year and I hope they can continue this momentum.

“The cards are being reshuffled. Let’s see how it goes,” the former Red Bull driver concluded.