French Grand Prix may alternate with other races in the future 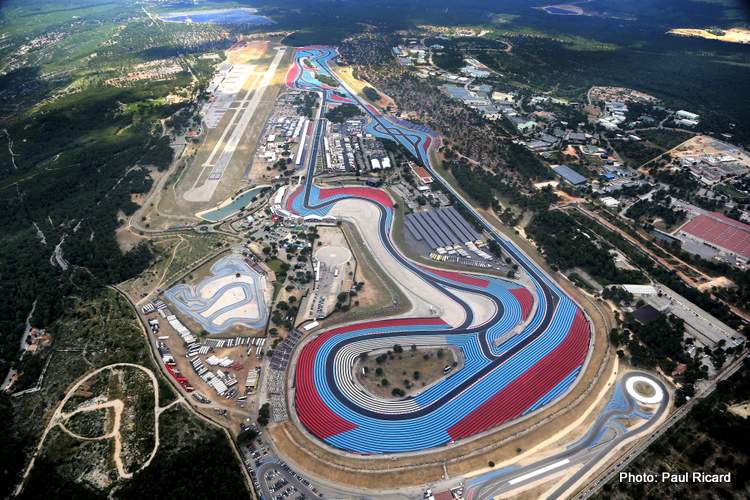 French Grand Prix bosses are in discussions with Formula 1 regarding the future of the race at Paul Ricard, as alternating with other venues might be the way forward.

This comes in the time when the sport is pushing to extend the racing calendar in the United States, where three races will be held in 2023, as Las Vegas joins the F1 circus after Austin-Texas, and Miami.

With the future of the Monaco Grand Prix being the subject of speculation in the past weeks, it appears that the French Grand Prix held at Paul Ricard is still in talks with Formula 1 Management (FOM) about its future, and with the increased number of eligible FIA Grade 1 tracks fighting for a date on the F1 calendar, alternating with other venues might be the solution.

That is what Eric Boullier, Managing Director  of the Circuit Paul Ricard, claims in an interview with RacingNews365.com, who shed some light on the ongoing negotiations with the FOM.

“We’ve had discussions [during the Monaco Grand Prix weekend] with my chairman, Mr [Christian] Estrosi, and Stefano Domenicali,” Boullier revealed.

“It was a positive meeting because they said they want the French Grand Prix to stay on the calendar. I think there will be a lot of changes in the future on the calendar, not only for us but for everybody,” he added.

Touching on the intense competition between circuits to land a date on the F1 calendar, Boullier said: “If you have 30 Grands Prix and only 23 dates, obviously, if you want to fit them in you must find a clever way to do it.

“It was a positive meeting and we now have to work,” the Frenchman insisted. “We will follow the wishes of Formula One Management (FOM).

“I think alternating would not necessarily be with just one other Grand Prix, it could be changing every year,” he explained.

The French Grand Prix was blemished by traffic problems in the past, but Boullier revealed a plan to solve that issue working with the ‘Park and Ride’ facilities, the major cities and train stations.

“We have a huge mobility plan with seven ‘Park and Rides’ in place,” Boullier claimed. “You cannot drive your car to the track this year, that’s not allowed, except if you are media, video teams, or team personnel.

“From a 25,000 capacity car park at Paul Ricard, we are down now to 7,500. The people who pay for that access are going to be funding my mobility plan, where we have a €10 return train ticket from wherever you live in the south of France.

“We also have a TGV from Paris and over 400 buses that will be running shuttles from the cities and train stations,” the former McLaren and Lotus team boss pointed out.

With new races putting on glamourous side shows over the F1 race weekends, the pressure is on for traditional venues to spice up their show, and Boullier announced quite a busy French Grand Prix weekend.

“We have historic demonstrations this year, W Series, Porsche Supercup and F2,” he said. “We have radio-controlled racing, drone racing, an FMX show – which is spectacular jumping with electric bikes – and we have a stunt team coming, running biofuel cars.

“We also have concerts every day on the big stage that we had in 2018, so it’s going to be exciting,” the managing director assured.