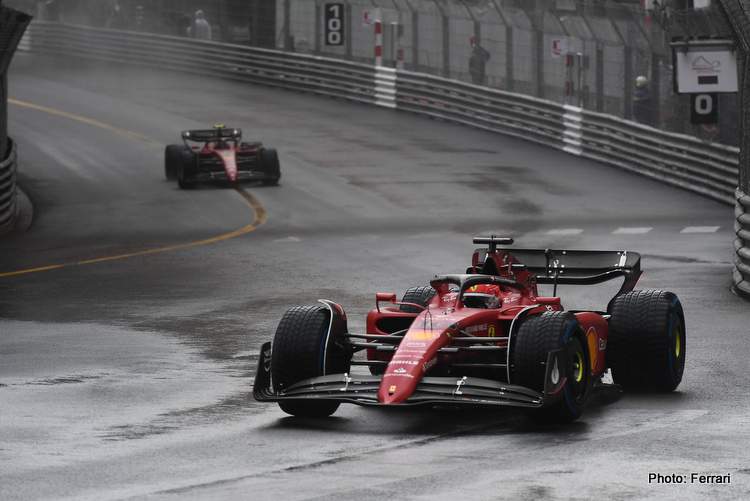 Ferrari fluffed their strategy at the 2022 Monaco Grand Prix, costing Charles Leclerc the win, and Mika Hakkinen believes they hesitated at a key moment in the race.

It is not the first time Ferrari succumb to racing pressure and end up shooting themselves in the foot, but with a highly competitive car this year in the form of the F1-75, and with Charles Leclerc at the wheel, the Scuderia have the chance to win their first Formula 1 Drivers’ Title since Kimi Raikkonen’s 2007 triumph.

Hesitation will not win Championships, and Mika Hakkinen believes that is exactly what ruined Ferrari and Leclerc’s Monaco weekend.

“In the race Ferrari hesitated at the key moment,” Hakkinen said in his Unibet column. “Calling Charles in, then pitting him again and also leaving Carlos out longer than was necessary.

“Red Bull got the strategy right, jumping their cars from 3rd and 4th up to 1st and 3rd,” he pointed out.

“I know Ferrari have said they are going to analyse the reasons why their strategy went so badly wrong, but I think the technical analysis will be less important than the human factors.

“What makes one team have the confidence to make the right call, and another team to hesitate and get it wrong? That’s down to people and the confidence which they have in each other when under pressure,” the former McLaren driver insisted.

Hakkinen also spared a word for eventual Monaco winner, Sergio Perez, and said: “Winning in Monaco is a very special experience for any driver and Checo Perez has really done something special.

“He drove brilliantly all weekend,” the Flying Finn insisted. “He made a small mistake hitting the barrier at the end of qualifying and that definitely played a part in setting up the race as it delayed Max while he was on a qualifying run.

“However Checo was quick on Friday and fastest in final practice so it was clear that the car was working well for him,” the double F1 Champion maintained.