The Frenchman didn’t crash — his high drift with 15 minutes remaining in practice came oh-so-close to kissing the outside wall of Indianapolis Motor Speedway — but he seemed unbothered.

He had the same attitude nearly eight hours earlier when he again dismissed Graham Rahal’s recent criticism and suggestion that Grosjean’s aggressive driving is not winning him many friends in the paddock.

Grosjean moved from F1 to IndyCar at the start of the 2021 season and quickly became a key player in the paddock. He landed a job for this year with Andretti Autosport, added ovals to his schedule after skipping all but one last season and was voted in a fan survey as IndyCar’s most popular driver.

The limits were tested today by @RGrosjean.

Take a look at a few close calls for the driver of the No. 28 at @IMS on Thursday.#INDYCAR // @FollowAndretti pic.twitter.com/yuEfsIHS7r

But he was put on blast by Rahal earlier this month after the two tangled at Barber, with Rahal suggesting that on IndyCar Radio that Grosjean had “overstayed his welcome.” Rahal also called Grosjean “a punk” and claimed at least 10 other drivers agreed with his assessment.

Grosjean dismissed the criticism when asked by The Associated Press for a response — “racing is rubbing, or rubbing is racing,” he told AP — and felt the same ahead of Thursday’s practice.

He also noted he’s been living in the speedway motorhome lot for a week now and had not heard from any other drivers; “Everyone’s got my number. Everyone knows where my bus is. They can come anytime. If I make a mistake, I will go apologise — and I will make some, don’t worry.” 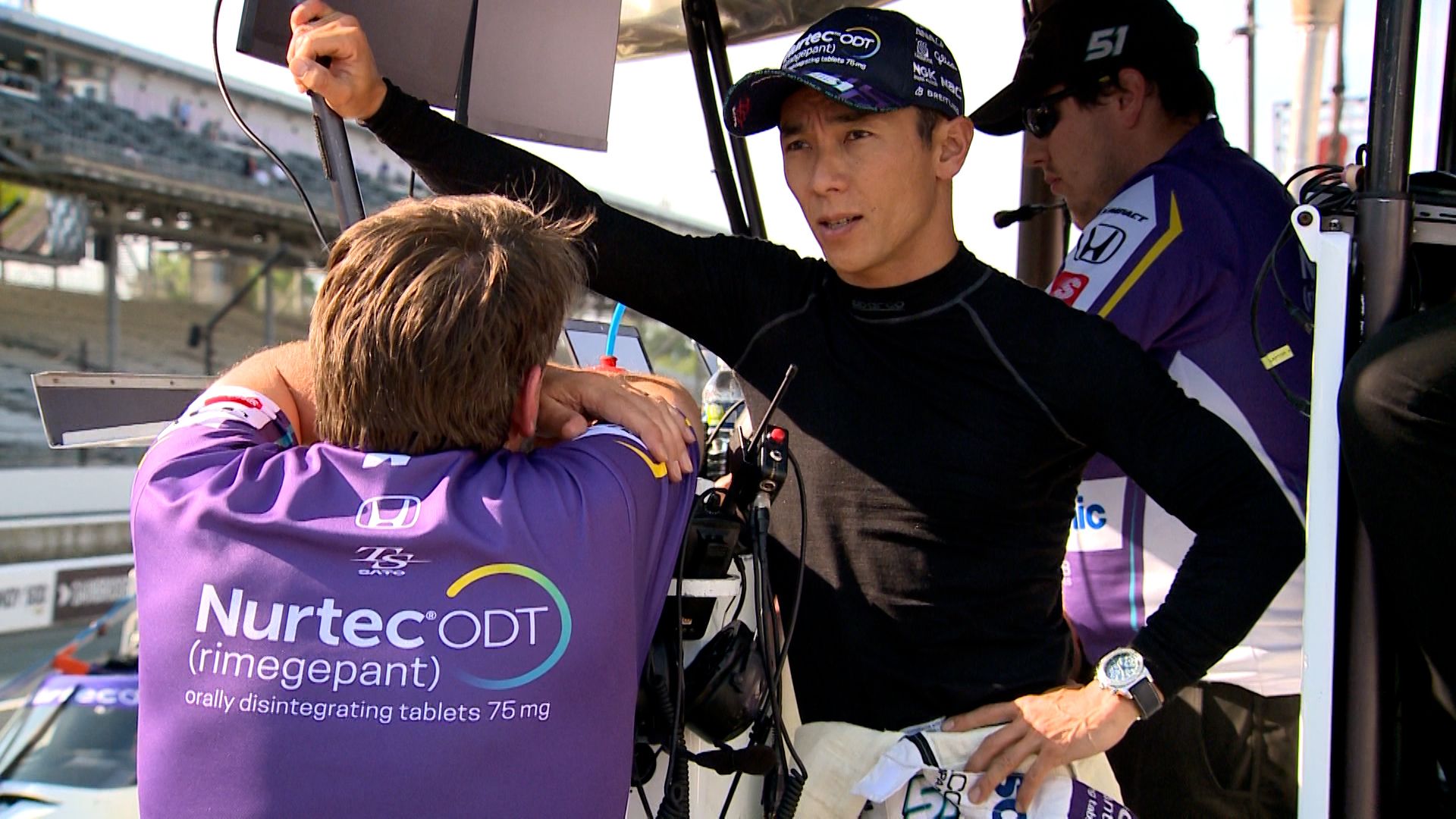 Grosjean didn’t speak to the media following his four big wiggles Thursday. He hopped on his scooter and rode off toward the paddock; Andretti Autosport said something broke on Grosjean’s car and he was needed in an engineering meeting.

Takuma Sato once again jumped to the top of the speed chart in the final hour of practice, and once again bumped Scott Dixon as the fastest driver of the day.

The two-time Indy 500 winner turned a lap at 227.519 mph to close the day with Dale Coyne Racing atop the scoring pylon. Dixon, who once again spent almost the entire six-hour session as fastest driver, was bumped to second at 227.335.

David Malukas, the rookie teammate to Sato at Coyne, was third fastest as Honda swept the top three spots. JR Hildebrand was the fastest Chevrolet driver in fourth for A.J. Foyt Racing.

Seven-time NASCAR champion Jimmie Johnson, a four-time winner at Indy in a stock car, was fifth fastest in preparation for his Indy 500 debut.

Although it was the third day of prep for the May 29 race, all on-track activity was washed out Wednesday. The drivers are given an additional boost of horsepower on Friday ahead of this weekend’s two-day qualifying session.

Pranking in the Indy 500 paddock has become a sport!

Colton Herta categorically denied any role in the first prank between drivers in the motorhome lot — the filling of Conor Daly’s portable hot tub with Orbeez, the superabsorbent polymers that grow to 100 times their original size when submerged in water.

But at the same time he was denying involvement, his own teammates pulled a gag on Herta.

When he finished his Indy 500 media obligations on Thursday, Herta discovered that Alexander Rossi and Romain Grosjean had flipped his golf cart on its side. The positioning caused the seats to fall off the cart and the oil to drain from the engine.

Herta vowed revenge: “I’m being pretty passive until someone messes with me. If someone gets me, I’ll get them back 10x worse.”