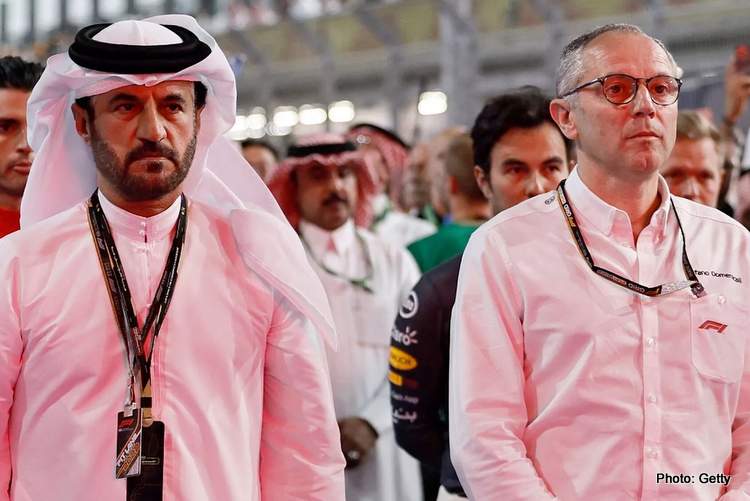 FIA President Mohammed Ben Sulayem brushed off criticism for delaying the decision on six Sprint Races in 2023, claiming there is time to decide, saying the “house is not on fire”.

The topic of raising the number of Sprint Races in 2023 to six, was discussed in a meeting for the Formula 1 Commission on April 2026, and while Formula 1 and the teams supported the proposal, the FIA represented by Ben Sulayem asked for more time to decide.

Sources reported at the time that Ben Sulayem was asking for more money to be paid for the governing body before green-lighting the addition Sprint Races.

The FIA president however has moved to deny such allegations claiming it is just a matter of taking time to decide on the matter.

We have a democracy

Speaking to Sportsmail, Ben Sulayem said: “I support the races if it is the right thing to do. I’m not saying it is the wrong thing. I am saying there is time to decide. This is for 2023, not this season. Our house isn’t on fire.

“We have what is called a democracy: Formula One (Group) have a vote, the teams have a vote, I have a vote. If you then say I can’t abstain or take time to study the proposals then you are not allowing me the freedom of democracy.

“I did not ask for more money but if I had I would have wanted to use it in the right way – to invest in the proper regulation of the sport,” ,” the Emirati claimed.

However, Ben Sulayem did admit that governing a high profile sport like F1, considered the pinnacle of motorsport, requires resources.

“We say Formula One is the pinnacle, and it is, so we at the FIA need the resources to govern the technical and financial side of a billion-dollar sport in a manner that respects that,” he insisted. “We need the capability to observe those standards.”

The former rally driver backed up his argument referring the the 2021 Abu Dhabi Grand Prix season finale fiasco where former Race Director Michael Masi messed up the administration of the Safety Car period late in the race, leading to a controversial end of the season, something Ben Sulayem contributed to human error from an over-loaded Masi.

“So, specifically with regard to the sprints, I have to see whether my team on the ground can absorb the extra workload the races would entail,” he revealed.

“After Abu Dhabi (when Lewis Hamilton controversially lost the title to Max Verstappen) people said we should change this or that.

“So I don’t understand why we would suddenly ask the FIA team to do more. An incident happens in the future, such as one involving a safety car, and then what?

“We need to look into all this and make a sensible decision. Let us run our operation. We are going to fix it,” the 60-year-old FIA president concluded.

Sportsmail also reported that the FIA recorded an operating loss of $27.6m in 2021, when previous president Jean Todt was still at the helm, despite Formula One Group’s contribution of $40-Million of their profits per year to the sport’s governing body.

Ben Sulayem who took an immediate 25 per cent cut on Todt’s presidential spending, has set a target to turn the financial situation around in two years.