Haas: We’ve decided to wait a bit longer with upgrades 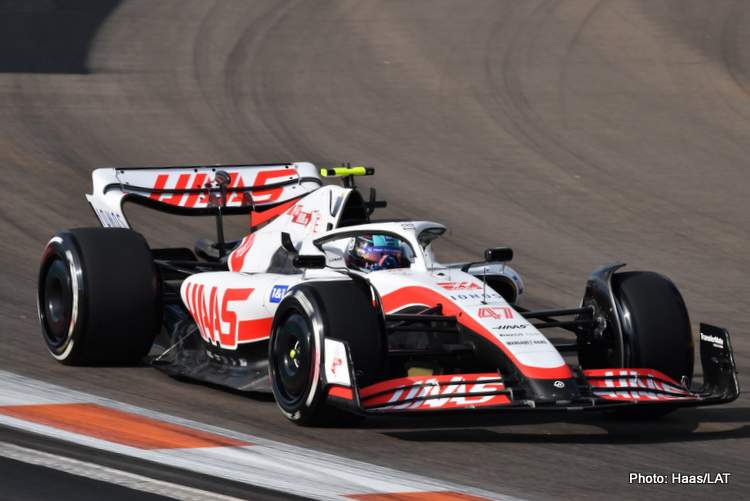 Haas team principal Guenther Steiner revealed ahead of the 2022 Formula 1 Spanish Grand Prix that the team will wait longer before they bring upgrades to their VF22.

Teams usually plan major upgrades for the Spanish Grand Prix held at the Circuit de Barcelona-Catalunya, as the nature of the track with the combination of high and low-speed corners makes it an ideal venue to test an F1 car’s performance.

But speaking in Haas’ preview of the Spanish race this weekend Steiner claimed they are happy with their VF22 performance so far and will hold the upgrades for now.

“Normally Spain is the obvious place to bring upgrades and I think quite a few teams are planning them,” he said. “I don’t know how much difference they will make on each car and what they will bring.

“We have decided to wait a little bit longer with upgrades as I still think we have performance in the car without them which we have to get on the track, so sometimes we achieve it, sometimes we don’t.

“We have a good upgrades package in about four or five races coming, so I’m confident about that and what the other ones are bringing, as of right now I don’t know, but I will know a lot more next Monday,” Steiner explained.

Steiner is confident that his team will run well in Barcelona based on their experience from pre-season testing this year.

“For us, going there and knowing we’ve run there, and we ran strong and had a good set-up, at least we go there confident,” he said. ”

“When we get there and start on the right foot, we usually put ourselves into a good position for qualifying and the race, so let’s hope it happens this time as well,” he hoped.

The 2022 Haas is pretty good all-round

Kevin Magnussen is not concerned that he did not get to test in Barcelona this year, as he was contracted by team after the first preseason test in 2022.

“Barcelona is probably the Formula 1 track I know the best out of all of them,” he said. “I don’t think it’s going to be such a big disadvantage not having driven there in testing.

“The car is performing well, it’s been very good at four of the five tracks we’ve been at, so I think it’s going to do well there too.

“Our car is pretty good all-round – it’s been good in wet conditions, dry conditions and intermediate,” the Dane added. “It’s like always, you need to get the car into the window, and I think we’ve done a decent job of that this year.”

Haas may not be bringing updates to their car this weekend, but other teams will, and Magnussen acknowledged that the pecking order might be changed.

“I think there’s probably a good chance that the competitive order is going to change around a little bit this year,” he claimed.

“We’ve seen Mercedes out of shape, sometimes Alfa Romeo has been up there almost with podium pace and other times we’ve been up there, so the competition is very tight, and I think it’s going to make for an interesting season.

Haas’ other driver, Mick Schumacher, said in the team preview that he is yet to understand the his 2022 ride, ahead of the sixth race of the season.

“I don’t think we understand the car 100 percent yet,” he said. “I think nobody does, because we are still trying to figure out reasons why the car behaves as it does and try to understand them.

“We also have updates that come in and those can make it difficult to understand it further because you keep on developing. If the car stayed the same, then you’d perhaps know it a bit better after five races just because it’s the same, but we’re constantly changing to try and make it faster.

“The track has a lot of great characteristics in how the tire usually degrades and how the car behaves so I’m looking forward to it and I’m quite excited,” the German said of the Spanish venue.

“Hopefully, but it’s the same for most drivers – they’ve all driven a lot on that track. In the past the track hasn’t always been super good to me, but things can change and hopefully they do for the better,” Schumacher concluded.