Szafnauer: It was time to leave Aston Martin to their one pope 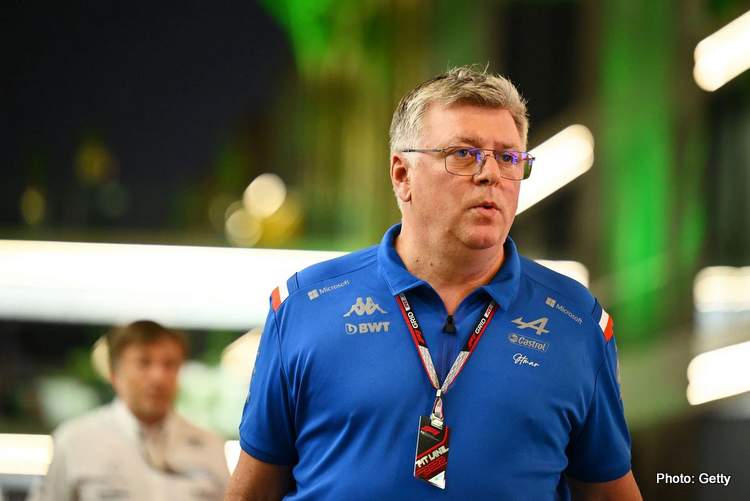 Otmar Szafnauer revealed he couldn’t coexist with Martin Whitmarsh at Aston Martin, and preferred leaving the team for “their one pope”.

Szafnauer left Aston Martin earlier this year following the arrival of CEO Martin Whitmarsh, and he believes that it became too crowded for them both to exist.

He later re-emerged at Alpine, and told Formula 1’s official website about the reason behind his departure from Aston Martin despite the team asking him to stay.

“The Catholic Church only has one pope – and when you have two popes, it’s just not right,” Szafnauer said. “So I think it was time to leave, and leave Aston Martin to their one pope.

“People ask me who that pope was – well you know, it wasn’t Lawrence, because everyone has a boss. I have one here [at Alpine] as well and that’s in place everywhere.

“But once they brought in Martin Whitmarsh, that’s the other pope that I was talking about,” he revealed. “For both of us to sit in the same space and try to do the same thing, just doesn’t really work.

“But it wasn’t about Lawrence,” Szafnauer insisted. “Lawrence is still the owner and the boss over there. I have a boss here, Laurent, and that’s all understood and clear, and that’s how it should be.”

Szafnauer’s task at the Enstone-based outfit this season is realizing Alpine CEO, Laurent Rossi’s 100-day-plan to to bring the team to the forefront of F1 competition.

“Sitting here today, it’s a stretch target,” he said of he plan. “It’s not unreasonable. We have to be realistic that everybody has that type of target.

“The people who are winning races now, the top three who on any given Sunday can win a race, they’re not going to plan to not be winning races in 100 races’ time.

“And the closer you get to the top, the harder it is to displace them,” the Romanian-American addmitted.

“We talked about Aston – they had a five-year plan last year to win, so by this year, it’s four years. They’re doing the same, and if you probably ask McLaren, they’re going to say, ‘Hey, we want to win too!’

“So it’s not easy, and there’s only going to be one real winner in the championship. But although it’s a stretch objective, it’s one that’s achievable,” the 57-year-old reflected.

“We have enough time to put the right elements in place to win. We have our own powertrain, which is one of the big elements. We’re free to choose the best drivers that we can get a hold of, that’s another big element.

“And then doing a great job on the chassis, aerodynamics, understanding the tyres, all those important things, we’re working hard on those.