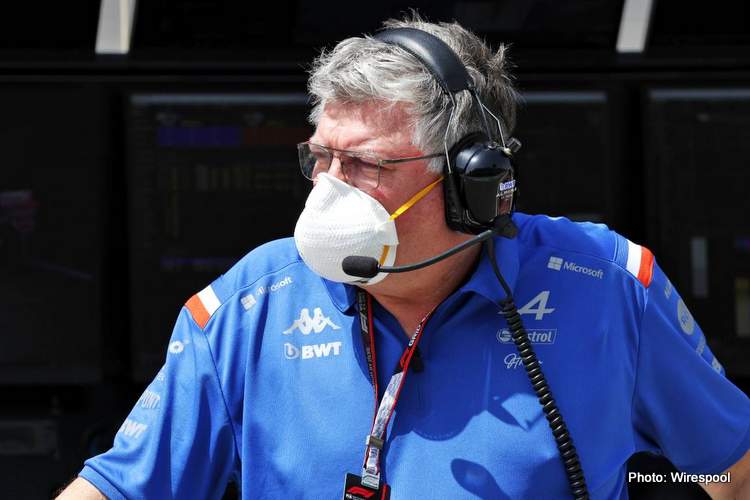 Otmar Szafnauer, Alpine’s team principal, said that his former Aston Martin team asked him to stay but he opted not to.

Szafnauer is a long-time Formula 1 insider, who previously worked with Honda before moving to the Vijay Mallya-owned Force India team that was bought out of administration by Canadian billionaire Lawrence Stroll in 2018.

That team was rebranded as Aston Martin last year, after a stint as Racing Point, with Szafnauer as principal but the hiring of former McLaren boss Martin Whitmarsh last year as his overall boss prompted a rethink.

“Although they asked me to stay, I didn´t think it was appropriate for somebody to come in and do 95% of your job and (I) do 5%,” he said.

“I probably could have stayed where I was, taken the pay check to the bank every month. That´s not me, I´m a racer.”

At Force India, Szafnauer was part of a team that made the most of limited resources with Esteban Ocon, now at Alpine, driving for them in 2017 and 2018.

Alpine’s target of climbing to the top of Formula 1 in the space of 100 races is challenging but achievable, according to new principal Otmar Szafnauer.

The British-based team won world titles with Fernando Alonso and Michael Schumacher as Renault and Benetton, but their last championship dates back to 2006.

They were fifth overall last year and now, under Formula 1’s most radical rules overhaul in decades, have set themselves a 100-race journey back to title contention.

“It´s a stretch target for sure,” Szafnauer, who started in his role on March 3 and in time for last weekend’s Bahrain season-opener, told Reuters.

“I don´t see them slowing down. But I´m here to take on the challenge,” added the Romanian-American.

Alpine tempted Alonso out of retirement last year and have beefed up their technical department, and Szafnauer said his initial impression was that the team had the potential to be winners again.

“If you look back, I think it took Mercedes four years from when they bought (2009 champions) Brawn to win.

“You´ve got to do a lot of things right but that´s a decent time frame.”

The second race of the season is in Saudi Arabia this weekend. (Reporting by Abhishek Takle)