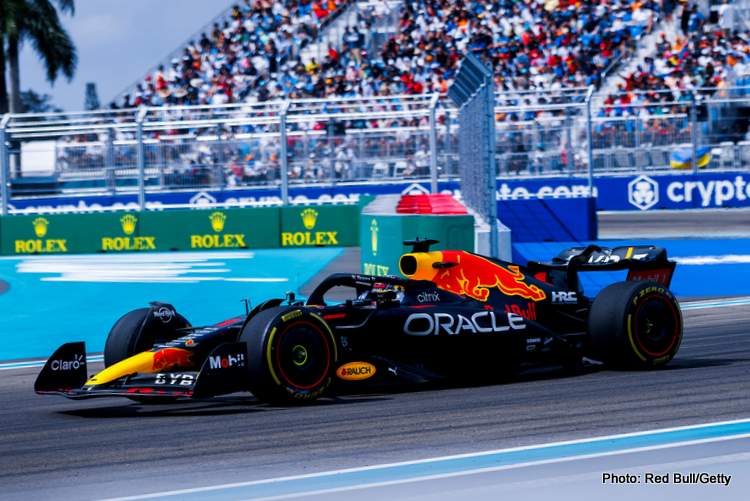 Red Bull team boss Christian Horner revealed that continuous car development during the 2022 Formula 1 season is very hard due to the cost cap and current inflation.

The Briton was reviewing his team’s campaign so far in 2022 after Miami, while looking ahead to the upcoming Spanish Grand Prix in Barcelona.

It has been a tale of two teams this year as Red Bull and Ferrari, lead by their aces Max Verstappen and Charles Leclerc, battled for F1 supremacy as Mercedes find themselves dealing with one their toughest seasons to date, having dropped the ball big time with their W13.

Horner was quoted by F1’s official website saying: “You saw in Imola how quickly things can move around and I think we’ve got some interesting races coming up. The car’s running well.

“We’ve got some developments coming hopefully later in the summer that will help as well. We need to save a little bit of weight.

“You can always improve everywhere,” he added. “We need to improve the slow [corner] stuff, we need to lose a couple of kilos off the car; tyre deg is then the result of weight so it’s all those little incremental gains that you’re always chasing.”

Red Bull have been on the receiving end of reliability problems this year with both cars retiring in the opening race in Bahrain, Verstappen retiring in Melbourne, while Sergio Perez suffered from a sensor problem that left him down on power during the Miami Grand Prix most recently.

Horner, however, does not believe the team’s fast RB18 is fragile and said: “I don’t think the car is particularly fragile.

“I just think there have been niggly things that you’ve normally seen in pre-season testing that have only reared their head now.

“So that is frustrating,” he admitted. “But we are working closely with HRC [Honda Racing Corporation] and they are giving us great support, and we’ll get those things figured out.”

As for the upcoming Barcelona race, the Red Bull boss added: “It’s been nip-and-tuck and Barcelona is a whole new challenge, high-speed corners, and we know that Ferrari are strong in that area.

“It’s horses for courses and this circuit [Miami] suited us, we were able to make it work and get the result,” he went on.

“With a budget cap this year it’s very hard to bring continuous development,” Horner lamented. “You’ve got to pick when you want to introduce your components, because especially with inflation the way it is, that’s brutal.”

While Red Bull have been bringing upgrades to the their this year, Ferrari have put car updates in hold but plan to have a seriously updated F1-75 for the race in Spain in less than a week.