Alonso: Andretti in F1 is the best news for both 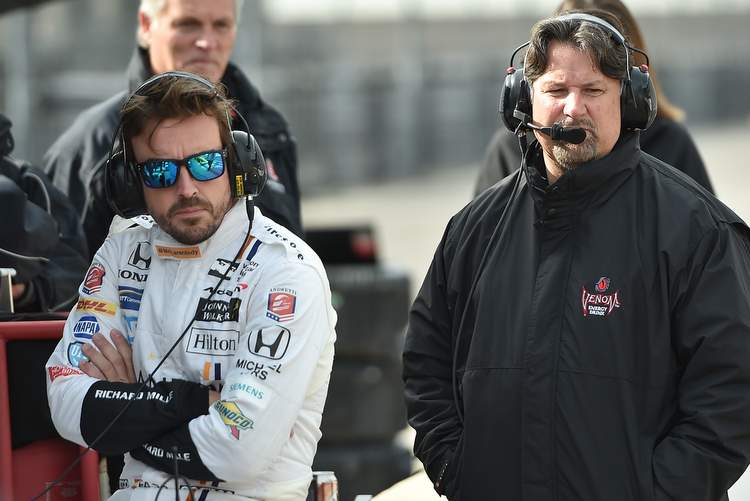 While Formula 1 all but snubs Michael Andretti’s bid to step up to the pinnacle of the sport, veteran driver and double World Champion Fernando Alonso believes it would be a real big deal.

Not only for F1 but also the American racing team – Andretti Global – seeking entry into the elite club that F1 has become but, instead of welcoming the pedigreed name and, most of all, formidable racing organisation into the fold, team bosses are playing hard to get.

Alonso, who did the Indy 500 with Andretti Autosport, is a believer and told RaceFans: “It could be a big thing I know Michael very well, I know the Andretti family and they are obviously a big part of motorsport in general and they are legends.

“So if we can have them in Formula 1 that will be the best news, I think for both. F 1 would benefit from that and obviously, Michael and his team will benefit from the sport and from being in F1.

“I think they have the capabilities, the resources, they have the talent to be in Formula 1 and be competitive as well. So I hope this thing comes true in the next few years, and I will follow very closely,” added Alonso who races for Alpine.

And for that reason, one could argue that it is no surprise that veteran Alonso is rooting for the Andrettis because his team, who currently supply no teams with engines would be first in line to supply Power Units to any new outfit arriving on the scene without their own engine.

Thus no surprise that, according to the IndyStar, Alpine big boss Laurent Rossi put his signature to a document Andretti was toting to garner support for his entry, McLaren’s Brown also allegedly putting pen to paper in support.

In the wake of high-level meetings during a hectic Miami Grand Prix weekend with FOM and FIA, including face-time with F1 chief Stefano Domenicali and FIA President Mohammed Ben Sulayem, Andretti is confident he now has the roadmap to get his project on the road and make a case for his team to join F1.

Andretti also pointed out to reporters, “Ten teams isn’t even the right number. If you really think about it, they’ve got the Concorde Agreement coming up in 2025. Right now, Red Bull owns two teams, and if they say, ‘We’re pulling out,’ now you’ve got 16 cars.