Hamilton: A much better qualifying, I’ll take it 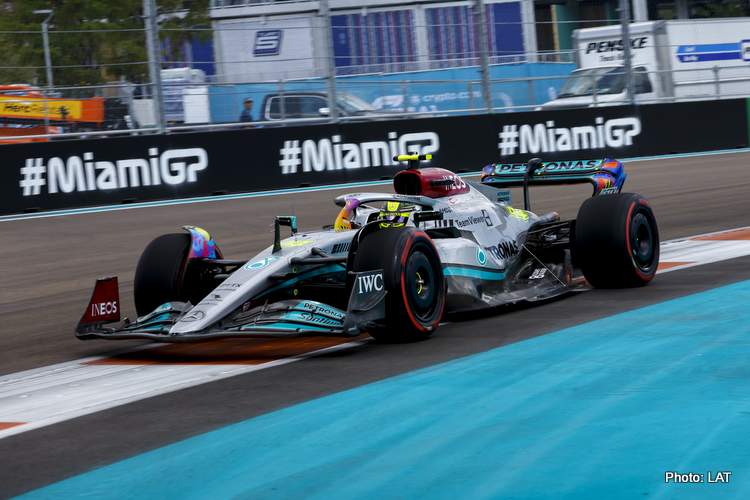 Lewis Hamilton was sixth in qualifying for the 2022 Miami Grand Prix, which he believes was a much better session after his struggles in previous races.

Mercedes brought updates to their W13 for the Miami Grand Prix, and things were off to an encouraging start as George Russell was second fastest, then fastest in FP1 and FP2 respectively.

However things took a turn to the worse in FP3 where both Mercedes cars where out of the top ten, but Hamilton recovered to take sixth in qualifying.

The seven-time Formula 1 World Champion reflected on his qualifying session in the team’s post session report, and said: “Today was a much, much better qualifying session than I’ve had the last three races so I am grateful for that – I’ll take it.

“We just keep on chipping away and keep working on it,” he added. “So much amazing work has gone on in the background and everyone is working so hard.

“Unfortunately, I don’t think we are moving forwards at the rate that we would like to, the gap is similar to the beginning of the year,” the 37-year old lamented.

“We have just got to keep our heads down, keep focused, keep working, keep tunnelling and eventually we’ll get there. It’s difficult to say how we’ll be on race pace, the car has generally not felt strong this weekend for me but today, once I was able to get the tyres into a better place, it was a little more promising,” Hamilton explained.

The silver lining for Hamilton however would be that he was able to outqualify his teammate this time around. 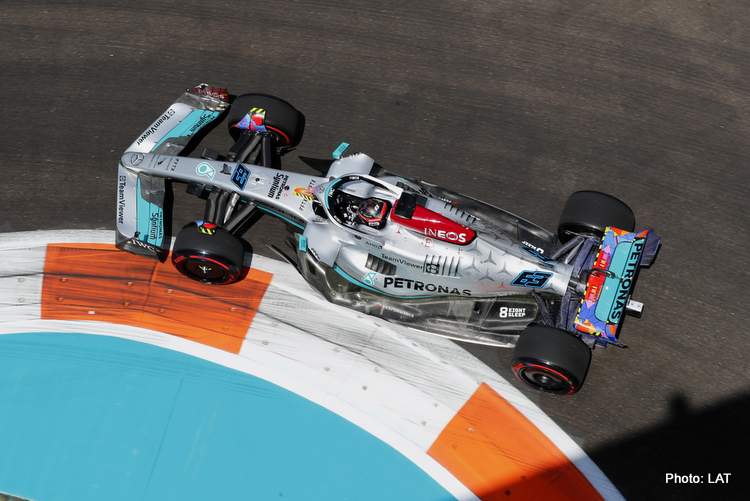 After a string of strong performance for his new team recently, Russell will start the Miami race from 12th on the grid, as the 24-year-old lamented a more “bouncy” car during qualifying.

“The car was bouncing a lot more today and I just couldn’t attack any of the corners as a result,” Russell said in the team report. “It’s a shame because we showed good potential yesterday but it massively went away from us today.

“We thought we went pretty conservative with set-up in qualifying to avoid the porpoising we experienced in FP3 but it seemed just as bad.

“The bouncing was going through all the corners, particularly turns 4 and 5, and you just couldn’t attack into the braking zone,” the two-time podium sitter revealed.

“When you get the car in the window, it’s fast and yesterday we looked to be fighting for pole but today is our worst qualifying of the year so it’s difficult to make sense of,” Russell concluded.

Mercedes has a good car then worsened it 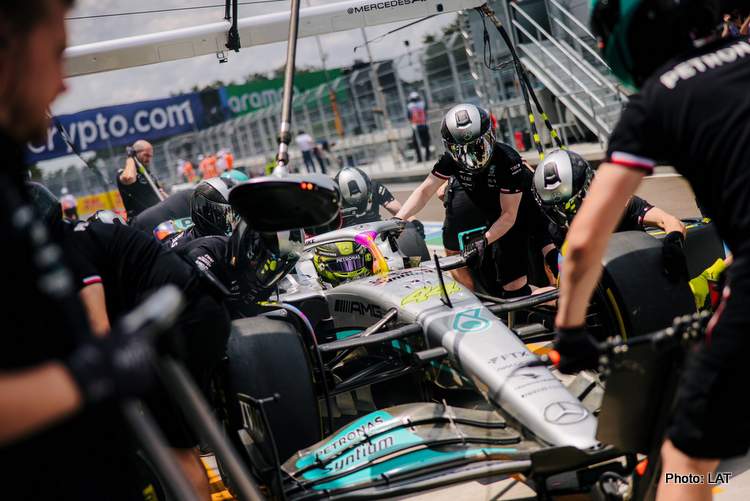 Mercedes team boss Toto Wolff, spoke to Sky Sports F1 about qualifying, and his team’s loss of performance from Friday to Saturday and said: “We have seen a performing car yesterday in P2 that was real.

“We were able to put it in a sweet spot and today in P3 we were completely off with the experiments we did,” he added.

“It creeped a little bit off but it was still bouncing like a kangaroo, the drivers are not happy with it and you can see that is the reason we are off. We definitely have a better handling on what works and the slump today from yesterday helped.

“We had a good car yesterday afternoon, then we worsened it. Some things we understand, others not,” Wolff admitted.

The Austrian added in the team report: “Qualifying certainly wasn’t satisfying today, P6 and P12 isn’t where we should be and not where we thought we would be after a solid Friday yesterday.

“Although we are seeing glimpses of performance in some sessions, we are still not able to put it all together,” he lamented.

“We gained good reference points from Friday, we just need to continue to understand and develop but it’s clear that we have a painful trajectory to follow at the moment,” Wolff explained.