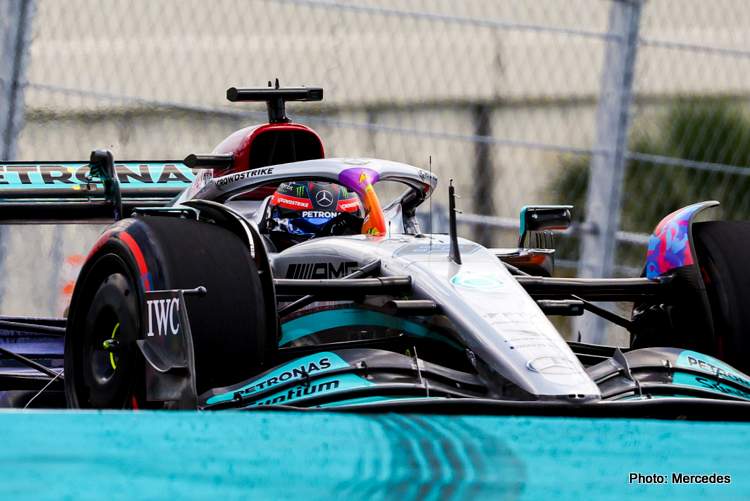 George Russell surprised the Formula 1 form book by topping the timesheets at the end of the oft-interrupted second free practice of the Miami Grand Prix weekend, while Max Verstappen had issues all day and Carlos Sainz crashed.

The spanking new track proved tricky, with just about every driver having issues or moments and making errors but Russell made the most of a much improved Mercedes W13, the car ‘porpoising’ a lot less than it has in past races.

Mercedes teammate Lewis Hamilton was fourth-fastest, a quarter of a second down on the top time, but also enjoyed what appears to be a positive update for the troublesome car.

Second fastest, a tenth down on Russell, was the 2022 F1 World Championship leader Charles Leclerc, keeping his Ferrari intact while Carlos Sainz, in the sister car, binned it again.

The look on Mattia Binotto’s silent eye-rolling reaction, seated at the Ferrari pit wall to more bent Red metal, spoke volumes, the crash-prone Spaniard’s shares are now in freefall as he appears to be entering a crisis of confidence which is doing his team no favours on all fronts, in fact, he is now becoming a liability.

Through no fault of his own, it was also a troublesome day for Max Verstappen

The rot began midway through FP1 for the Dutch ace when overheating did not allow for many successive laps; plenty of work between sessions on the RB18 to ‘cool’ it with an attentive Adrian Newey overseeing tweaks by mechanics, brandishing with heat guns and tape for a patch-up job that backfired.

When the #33 car was released it simply would not turn, the brakes catching fire at one point on the out-lap as Verstappen became a mobile chicane as he limped back to the pits. Not a good day for the World Champ.

Red Bull team boss Christian Horner explained: “We changed the gearbox and one of the coolers and he drives out and has a hydraulic issue which has unfortunately caused some damage to the brakes.”

On the positive side for Bulls, in the other car, Sergio Perez was able to do more laps, his best effort was good for third on the timesheets, within a couple of tenths of the best time. 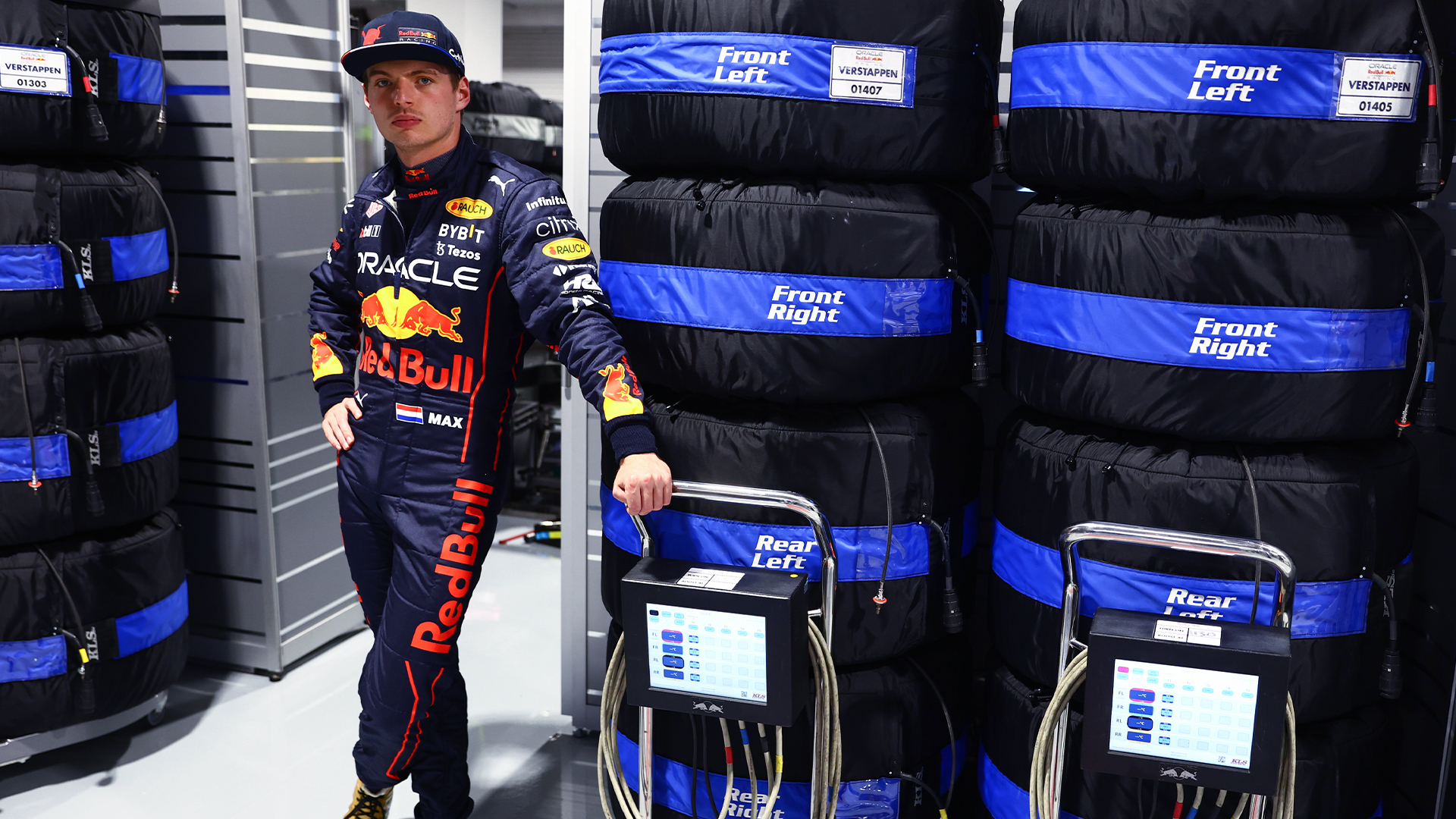 Fernando Alonso was fifth fastest, the Alpine veteran relishing the tricky nature of the circuit, and finding a half-second more than his teammate Esteban Ocon was capable of doing in the late afternoon session; the Frenchman was ninth quickest.

Sixth on the timing screens at the end of the hour session was Lando Norris, again far better than Daniel Ricciardo who was slower by over six tenths than his younger teammate on the day, the Australian was 12th.

Pierre Gasly enjoyed a return to the sharp end of proceedings in the AlphaTauri, ending the day seventh fastest while teammate Yuki Tsunoda lacked seven-tenths on his more experienced teammate, the Japanese driver 13th.

Eight fastest was Guanyu Zhou who did a solid job in the Alfa Romeo, doing more laps than his rivals in the late practice session to make up for teammate Valtteri Bottas who crashed early in the session.

Haas had reason to be positive on home soil as ever solid Kevin Magnussen was tenth fastest with Mick Schumacher, six tenths down on his teammate, in 15th.

Judging by the first day of track action around Miami International Autodrome, both qualifying and the race will be packed with incidents, attrition will be high and red flags, and safety cars seemingly inevitable; settng the stage for a contest that will be about survival of the fittest and, of course, being there at the end 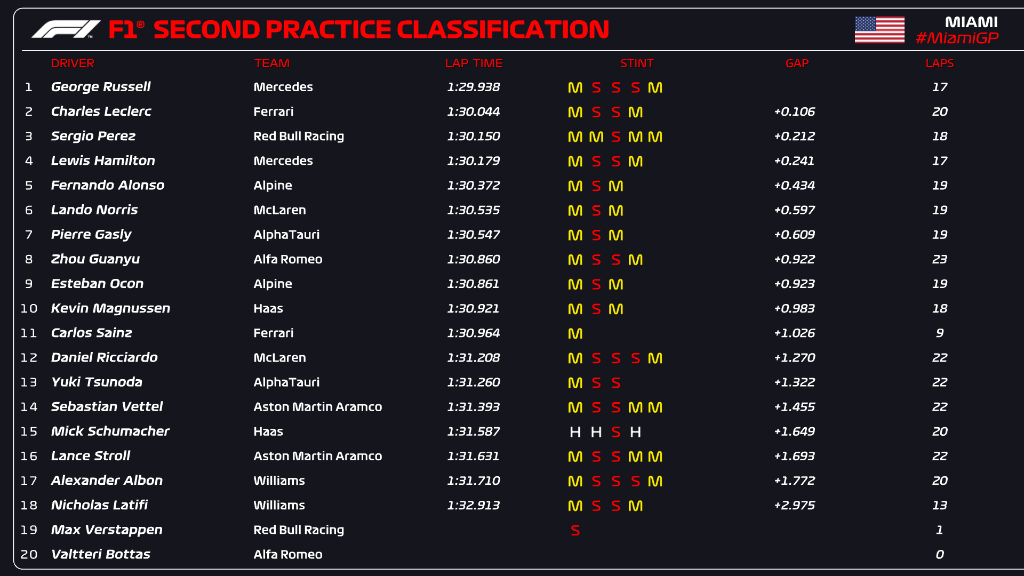 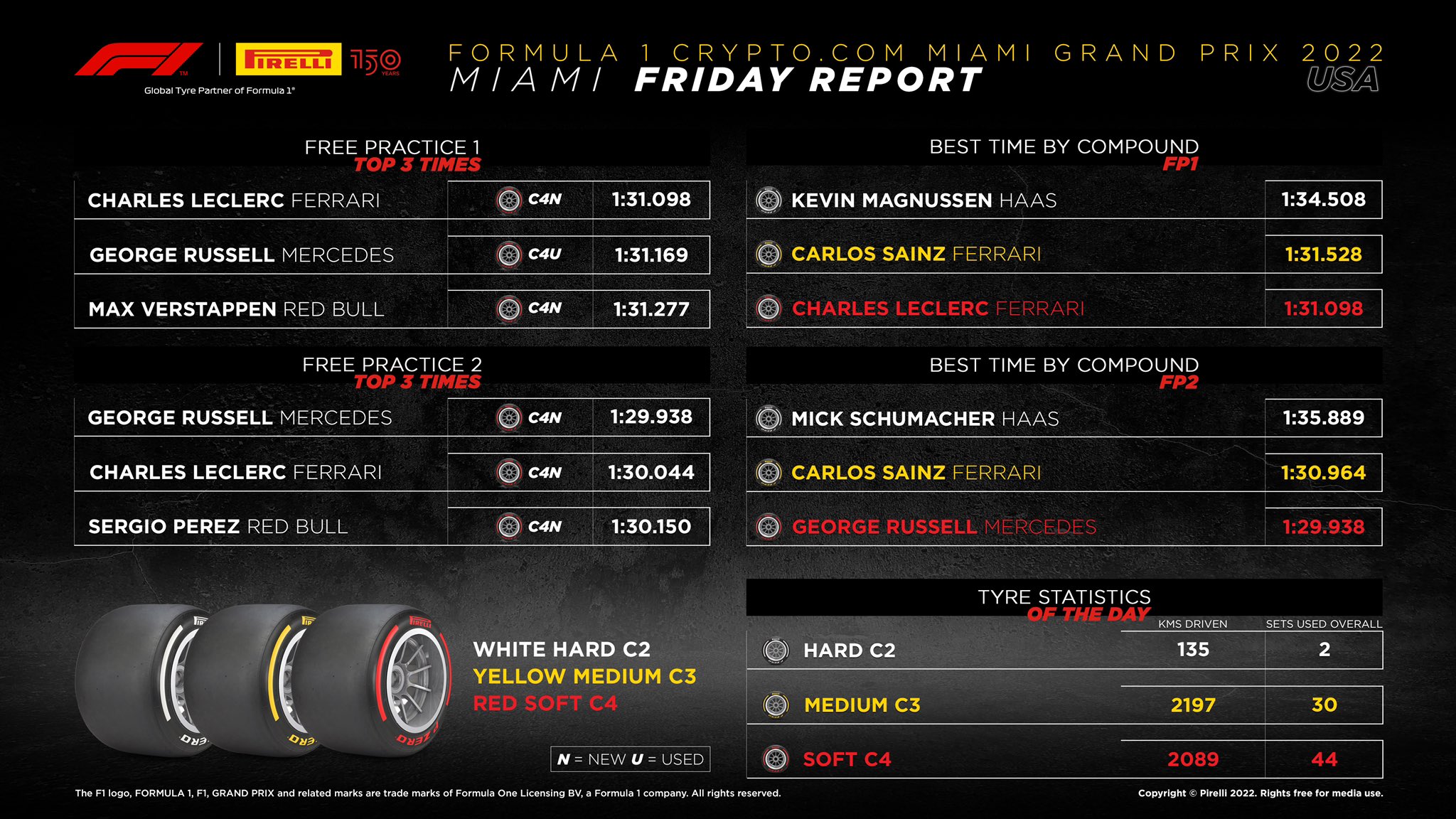