Brown: McLaren is not for sale 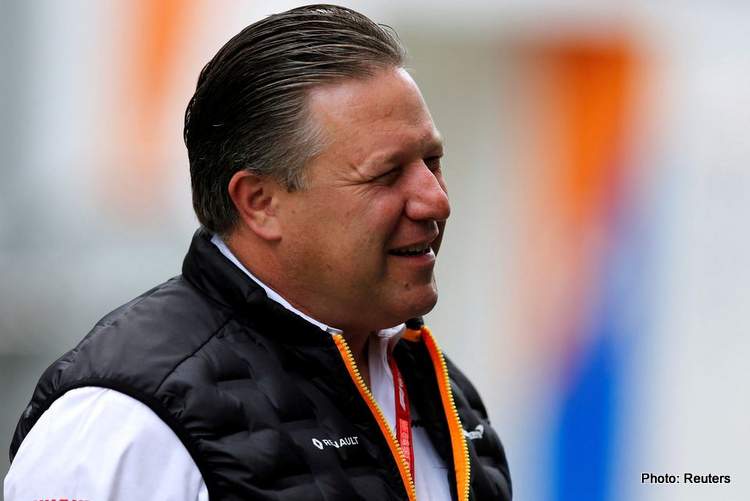 Zak Brown said it loud and clear in Miami, that McLaren is not for sale after reports the Woking-based company might be sold to Audi, as part of Volkswagen’s plan to enter Formula 1.

McLaren have had talks with Audi but are not for sale, team boss Zak Brown said on Friday in response to Volkswagen’s announcement that its Audi and Porsche brands would be entering Formula 1.

A source told Reuters in March that Audi was ready to offer around 500 million euros ($527.55 million) for McLaren as a means to enter.

Germany’s Manager Magazin reported on Thursday that talks with McLaren were close to failing after months of negotiations.

Brown, chief executive of McLaren Racing, told reporters at the inaugural Miami Grand Prix that there was no question of any change of ownership.

“Our shareholders are very committed to McLaren. We did have conversations with Audi and we´re not for sale,” said the American.

“Commercially we´re doing really well. Morale in the team is really good. We don´t have any interest in selling the racing team.

McLaren buyout not under consideration

“We won´t consider a buy-out of McLaren,” he added. “It’s up to (team principal) Andreas (Seidl) to decide what power unit he wants in the back of the racing car but any conversations around buying McLaren is a non-starter.”

Brown said McLaren were in a strong position financially.

“Our terms for any partnership would be we retain ownership of the racing team and if anyone wants to have a conversation that is different than that, then there´s no conversation to be had,” he said.

“We’re McLaren Formula 1, that’s what we’re going to remain … That’s our starting point and the conversation wouldn’t get any further than that,” Brown maintained.

McLaren currently use Mercedes power units but Formula 1 is preparing new engine regulations from 2026. Red Bull have been linked with Porsche in media speculation while Aston Martin and Williams, who both use Mercedes engines, have expressed an interest in linking up with Audi, who have also been talking to Alfa Romeo team operators Sauber. ($1 = 0.9478 euros) (Reporting by Alan Baldwin)