Formula 1 roars into Miami this weekend 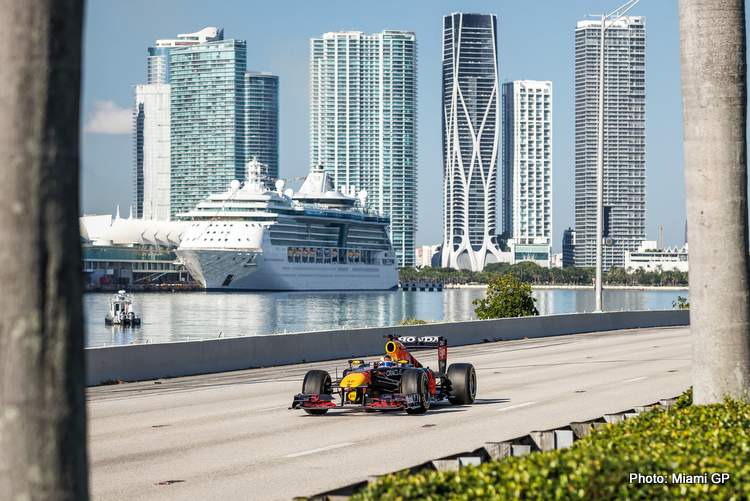 Formula 1 gears up for the inaugural Miami Grand Prix this weekend, the first of two of the sport’s races stateside in 2022, and interest in the event has gone through the roof.

Post Malone asked to play on Saturday, wanting race day free so he could party at the most anticipated see-and-be-seen sporting event this year.

Formula 1, one of the hottest entertainment properties in the world right now, roars into Miami this weekend as “Drive to Survive” hits South Beach. The inaugural Miami Grand Prix is here and ready to dazzle a United States audience that has at last caught wind of the glamorous, globetrotting series.

It’s been mostly NASCAR around these parts the last two decades. IndyCar goes up and down. F1 is so distant, on television at the most sleep-challenging times, and so much glitzier than anything the general American race fan can afford or relate to.

F1 races in Australia and Azerbaijan, in Monza and Monaco, and Singapore and Saudi Arabia. Its drivers face moral dilemmas when they race in countries with questionable human rights records and deplorable restrictions. A missile struck an oil refinery in March during an F1 practice in Saudi Arabia and drivers kept at it while flames and smoke poured into the sky several miles away. They raced the next day.

And though it’s just so very different from what American race fans are used to, Netflix and its behind-the-scenes docuseries have captured a new audience. Tom Garfinkel, vice chairman of the Miami Dolphins and Hard Rock Stadium, is part-owner of the Miami race. He began chasing a second F1 stop in the U.S. — alongside Texas — in 2017.

A three-day event built around the Hard Rock Stadium 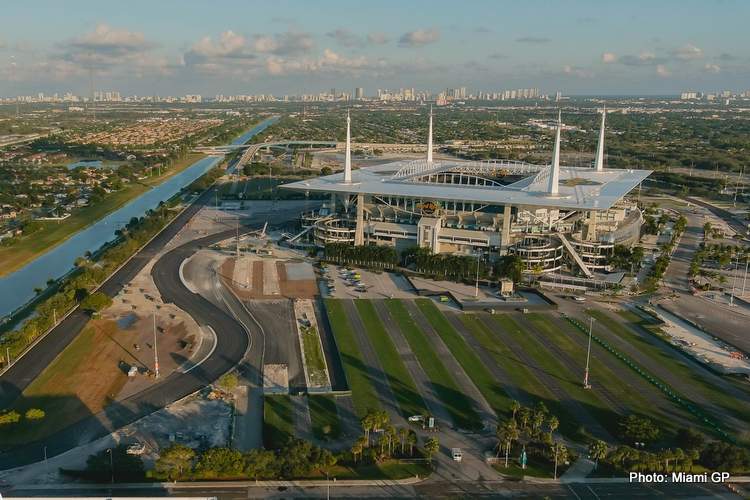 What’s finally been created is a three-day event — five if you count parties leading into the events — that is the most hyped Hard Rock has seen in some time. The cheapest entry point was a Friday general admission pass for $300, and suites never even went on sale to the public because Garfinkel had over 5,000 deposits of $5,000 each through early inquiries.

The U.S. went four years without an F1 race after the series pulled out of Indianapolis Motor Speedway in 2007. The series was revived in 2012 in Austin, Texas, and the explosion of “Drive To Survive” helped that race grow into a three-day festival that last year drew more than 300,000.

Garfinfkel’s group capped the Miami International Autodrome capacity at 85,000 so that those “on the campus” can truly sample some of that fabulous life captured on the Netflix show. The track was originally hoped to be build in downtown Miami but instead was replanted 15 miles north to incorporate Hard Rock Stadium.

South Beach will be open all night and the F1 campus will be the place to be during a busy week that also has two Miami Heat and Florida Panthers playoff games each in the area.

The “campus” that includes a man-made beach and marina. If Post Malone heads to, say, the Yacht Club to catch the race, anyone with a campus pass can follow him all the way to the first floor. There’s a VIP experience on the third floor and Garfinkel has created an exclusive playground filled with the sexiness of F1 that has caught America’s attention.

“The celebrity attendance is like nothing I’ve ever seen,” Garfinkel said in an interview with The Associated Press. “This is the Grammys meets the Oscars meets the ESPYs meets the Allen & Co. event,” he said of the annual billionaires’ summer retreat.

“It’s CEO’s, entertainers, famous athletes, the heads of private equity and real estate and industry,” he said. “Miami is a curator of culture for a lot of things — art, food, this is the center of hospitality — and we are expecting people to enjoy all of that while viewing the the highest form of motorsport in the world.” 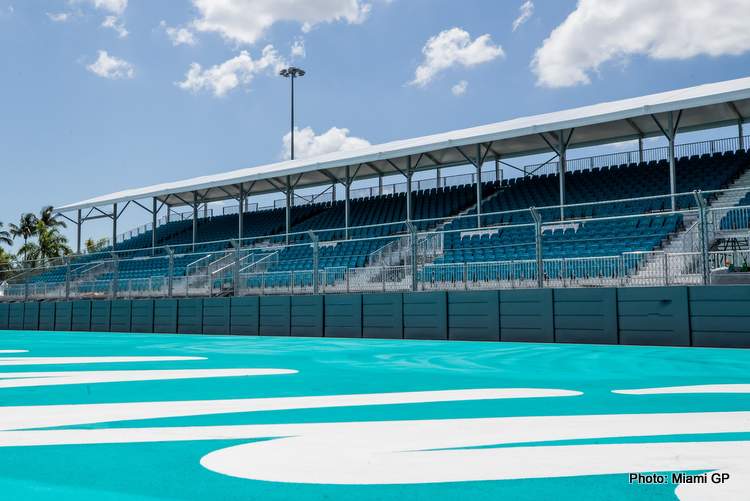 Garfinkel’s roots in motorsports date to his start as executive vice president at Chip Ganassi Racing. He was part-owner of a NASCAR team when he was a team CEO in Major League Baseball, and now he runs billionaire Stephen Ross’ sports properties. Their vision for Hard Rock was to make the Dolphins’ home a global stadium, and as Garfinkel chases games in the 2026 World Cup, he will cross a major goal off his list with Sunday’s race.

Miami pushes the U.S. to two events in one F1 calendar season and a 2023 Las Vegas night race down The Strip was announced in March — swelling the next schedule to three U.S. stops.

More than half the IndyCar paddock was headed to Miami this weekend, including Pato O’Ward, a Mexican resident of Texas who will be celebrating his 23rd birthday as a McLaren ambassador and coming off a win on Sunday.

Former F1 driver Romain Grosjean, now a Miami-area resident, is a race ambassador, four-time Indianapolis 500 winner Helio Castroneves lives in Ft. Lauderdale and Alexander Rossi, who won the Indy 500 the year he moved from F1 to IndyCar, will attend with his fellow competitors as a fan.

“I’m just excited for Formula 1 and America. It’s been a long time coming to have multiple races in the states; it’s a big country and there’s no reason not to have three,” Rossi said. “There’s going to be a lot of first-timers there and I think they’re going to be treated to an unbelievable show.”

Bringing that F1 HEAT to Miami 🔥

That was the idea behind this weekend’s final product. Initial interest lists collected 300,000 names of interested ticket buyers, but in capping the number the first-year event has high demand on aftermarket sites; a pair of seats on the start/finish line are listed for just under $14,000 each.

F1 is hot and Miami is ready to show it can keep pace with the cars screeching 198 miles per hour (318.65 kph) around the concerts and the beach party and the popping of champagne from the yachts inside the marina.