Hakkinen: Time running out for Mercedes to find solutions 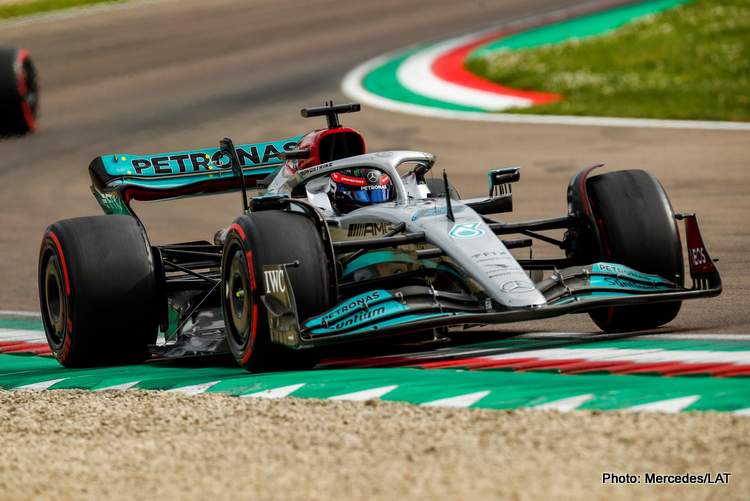 Mika Hakkinen believes Mercedes are running out of time in their quest to sort out their 2022 Formula 1 car, the W13 after yet another tough race at Imola.

The World Champions are facing a torrid time this season, with their latest Silver Arrow being no short of disastrous, and Hakkinen reflected on the the 2022 Emilia Romagna Grand Prix where George Russell and Lewis Hamilton finished fourth and 13th respectively, the pair failing to go past Q2 during Friday’s qualifying for the Sprint Race.

“Mercedes clearly has quite complex problems with their car,” Hakkinen pointed out in his Unibet column. “It seems amazing to say it, but the World Championships are already looking out of reach.

“For the first time in 10 years neither Mercedes made it through to Q3 qualifying, which is hard to believe,” he added. “Clearly the car design is not working in several areas. To see Lewis Hamilton being lapped by Max Verstappen after 41 laps shows what a difficult time he and the team are having.

“They understand the key problems, but time is running out to find solutions,” Hakkinen warned.

“This is the problem in F1 – the World Championship does not wait for you, the races keep coming and there is so little time to sort major problems out,” he added.

An important win for Max Verstappen

Max Verstappen lead his teammate Sergio Perez to secure Red Bull’s first 1-2 result since 2016, and Hakkinen stressed the importance of that result for the Dutchman.

“This was a really important win for Max,” he said. “The two non-finishes in Bahrain and Australia really hurt the start of his season, so the win on Sunday was vital.

“Red Bull needed to show that they have both the speed and reliability necessary to take the fight to Ferrari. His win in the Sprint Race on Saturday set him up nicely and he took full control of the Grand Prix.

“That’s the kind of weekend he needs if he is to defend his World Championship title, and with ‘Checo’ Perez finishing second it was a perfect result for the team. Just what they needed,” the 1998 and 1999 F1 Champion insisted.

Charles Leclerc was lucky to be able to continue the race

The 2022 F1 Championship leader Charles Leclerc, finished a disappointing sixth in front of Ferrari’s home crowd after a spin late during the race as he was trying to catch and pass Red Bull’s Perez.

“In wet and dry conditions you have to be so careful because if you push too hard the car can bite you very quickly, Hakkinen reflected. “Charles has admitted he was pushing and I can understand he was trying to put maximum pressure on Checo for 2nd.

“He was really lucky to be able to return to the pits and fit a new nose section to his car – he could easily have been forced to retire. To finish 6th was good recovery.

“Charles still has a big lead in the World Championship, but this error is a reminder that you cannot win every race,” Hakkinen warned.

“Sometimes settling for 2nd or 3rd is the right strategy,” the winner of 20 grands prix maintained.