Villeneuve: Will Hamilton reach the end of the season? 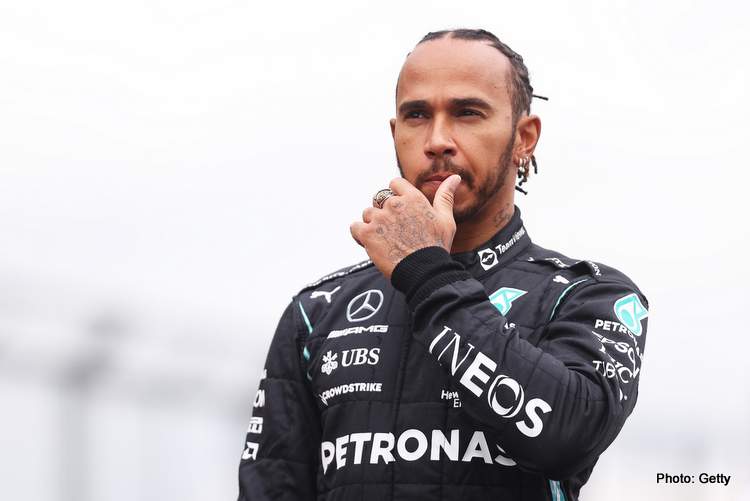 Jacques Villeneuve questioned Lewis Hamilton’s commitment to racing in Formula 1 in light of the tough season he is enduring, and suggested the Briton might not even finish this season.

The F1 Champion reflected in his latest column on formula1.nl on the latest episode of Mercedes misery at the 2022 Emilia Romagna Grand Prix last Sunday, and especially Lewis Hamilton who finished the race 13th after struggling with his W13 all weekend.

“At Mercedes, they now in any event need to learn how to lose,” Villeneuve began. “For years, they drove everyone into the ground. If someone got closer, they just opened the throttle. This year, they don’t have that advantage anymore.

“George Russell is doing a good job in the role of underdog,” he added. “He learned this at Williams, while Hamilton has always had something to fight for.

The look on Mercedes boss, Toto Wolff’s face seen over the course of the Italian F1 weekend visibly indicated the seriousness of the issues the World Champions were facing, as he apologized to Hamilton for the woeful car he had to drive.

Villeneuve reflected and said: “At Imola, we already saw that Toto Wolff has difficulty controlling himself. His radio message after the race spoke volumes.

“That wasn’t only aimed at Hamilton, but the whole world. A bad result for Russell doesn’t generate criticism, but for Hamilton it does.

“This is the risk of having such a megastar in your team,” the Canadian added. “Hamilton wasn’t in the right rhythm from the off this weekend. He also didn’t look aggressive enough, as if he couldn’t fight.

“That he ended up getting lapped, can happen,” Villeneuve admitted. “That’s the sum total of all the factors, plus the bad car. He won’t keep having such terrible weekends, and he’ll beat Russell.”

Being Mercedes boss not easy at the moment

The 51-year-old doesn’t envy Wolff for his position, as the Austrian will have some tough decisions to make going forward.

“It’s not easy being the head of the Mercedes team right now,” he claimed. “Do you choose your megastar, your poster boy, the record-breaking champion with the international image, who costs you a mega salary?

“Or do you develop the car for the promising talent? A big star like this is great if you win – it gets you a lot of exposure. But if he doesn’t win, the backlash is so much bigger.

“A champion doesn’t have the right to not be competitive,” Villeneuve insisted.

Will Hamilton go on?

Villeneuve, who was Williams’ last World Champion in 1997, went on to cast doubt on Hamilton’s future in top flight, doubting his willingness to soldier on under such difficult circumstances, despite the seven-time Champion insisting otherwise.

“And will Hamilton still be there in two, three years? Will he even reach the end of this season?” he questioned.

“You can’t see into someone’s head; you can be down and depressed or you can be unable to deal with no longer winning. Then maybe it’s time to decide that life is better without racing.

“We’ve been surprised in the past: it’s happened that champions have sometimes just had enough,” the winner of 11 grands prix warned.