Binotto: Sainz smart and capable to manage the pressure 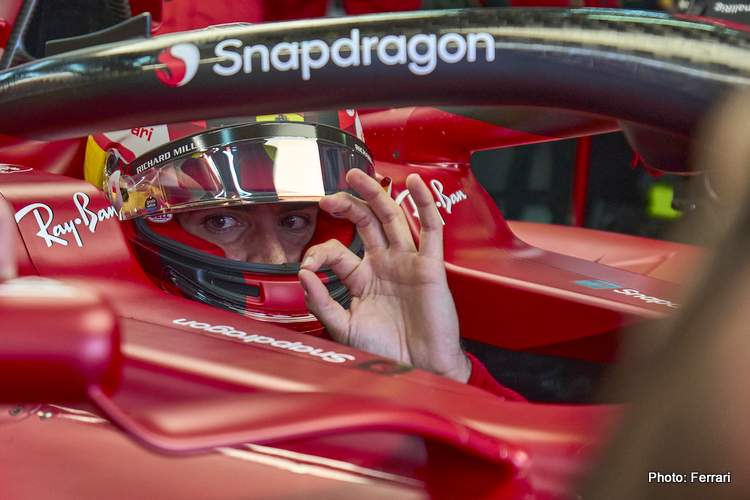 Carlos Sainz will learn to manage the pressure and spotlight of being in a team fighting for victories and championships, Ferrari boss Mattia Binotto affirmed after the Spaniard crashed in sprint qualifying at the Italian team‘s home Emilia Romagna Grand Prix.

Sainz, whose new contract keeping him at Maranello until at least 2024 was announced this week, qualified 10th for the 100km race that decides the starting grid for Sunday’s main event at Imola.

Championship-leading teammate Charles Leclerc, winner of two of the first three races of the 2022 Formula 1 season, qualified on the front row after a rain-hit and crash-interrupted session.

“I don’t think there are issues. Certainly, he needs to adapt. He has done a couple of mistakes which are important,” Binotto told reporters when asked about Sainz’s performance.

“I think he is improving himself, he is going faster and faster,” added the Italian. “When he went off, I think it was not the right time to push to the limit. He knows very well and I think that is a matter of managing the pressure.

“It is maybe the first time in his career that he has got a car that is fast enough to compete for the best positions. He simply needs to get used to that, but he will do it very quickly because I know how smart and how capable he is to manage the pressure.”

Sainz is third overall in the drivers’ championship but has scored only 33 points to Leclerc’s 71, with a best result of second in the Bahrain opener.

Di Resta: Sainz isn’t going to gain his confidence back in one race

Sainz, who has previously raced for Toro Rosso (AlphaTauri), Renault and McLaren, failed to score at the previous race in Australia after spinning off following anti-stall problems at the start.

The Spaniard has yet to win a F1 race, but Ferrari are also leading the constructors’ championship and arrived in Imola as favourites to win the first of two home rounds.

Sky F1 pundit Paul Di Resta summed up what may be a crisis of sorts for Sainz:  “He just overstepped it. I think it is hard to say you don’t know what happened because the driver is in control. The car slid, it spun, it went in the gravel, it hit the tyre wall in a crucial moment that was not needed.

“Whether he could have been coached more about where it is but to lift yourself up from that when the pressure is added, after Australia as well when in Q3 he didn’t get out of the garage in time and had to have a different outcome than was wanted.

“It is those moments that you have to have the maturity when driving a Ferrari, Red Bull, Mercedes because that is what they expect from you.

“He isn’t going to gain his confidence back in one race, it is going to take five, six races before he is back in the zone that is required to be up against Charles and by then it is too late,” reckoned Di Resta who made 59 Formula 1 starts. (Reporting by Alan Baldwin; Additional Reporting by GP247)