Magnussen: Schumacher has what it takes and deserves to be in F1 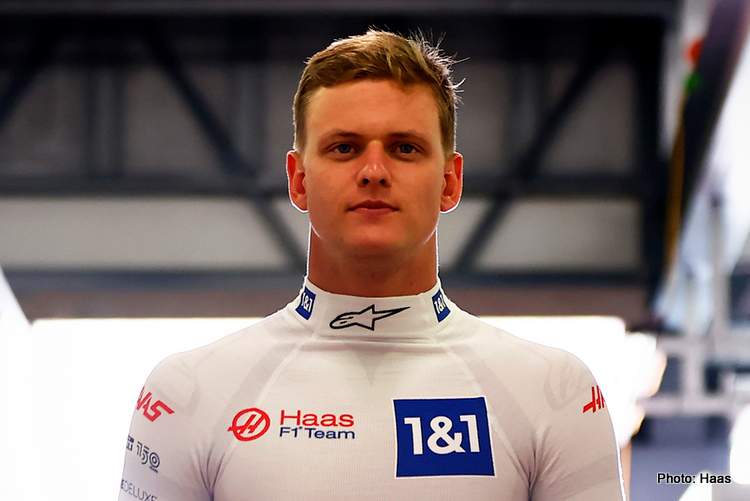 Only three races into their tenure as teammates, Kevin Magnussen believes his Haas teammate Mick Schumacher is the real deal and deserves to be in Formula 1.

Despite the fact that Magnussen, making an unexpected and sudden return to F1, has scored all 12 of the team’s points in the first races of this season, while Schumacher’s early season has been marred by crashes.

Nevertheless experienced Magnussen has only good things to say about Michael Schumacher’s 23-year-old son in an interview for Beyond the Grid: “He’s obviously very talented; he won F3, he won F2 before F1, so I feel like he deserves to be here.

“It’s kind of tough because he has this surname. His dad is the biggest Formula 1 driver ever, and some people may think that he is here just because he is a Schumacher – but he really has to what it takes to be here.

“He has done what is needed [to be in F1]. Maybe more: some drivers got here and didn’t win F3, like myself. I finished second in F3 and loads of other drivers in F1 didn’t win everything before.

“He’s a super nice guy, very down to earth, very polite. He’s good with everyone, everyone likes him,” continued Magnussen. “Immediately, he’s been very open, he’s very keen to learn, he’s asking questions. And you don’t always have that between drivers; sometimes they are too proud or whatever, so they don’t want to work together.

While Magnussen, son of ace allrounder Jan Magnussen,  has had a sensational start to the season considering where Haas were last year: nowhere. While Schumacher is adapting to a competitive car, something he did not enjoy last year with the American team.

Magnussen continued: “Maybe some drivers are scared of showing weakness or whatever, but Mick does not really care about that – he just wants to learn. I feel like in the debriefings his feedback is good, and he doesn’t make excuses.

“He’s very honest with the team if there is something that was his mistake, he is open about that. He’s not trying to find excuses, so I feel like his attitude is very good,” added the Dane.

The Schumacher name is not necessarily a key to open doors to F1, as Mick’s cousin David 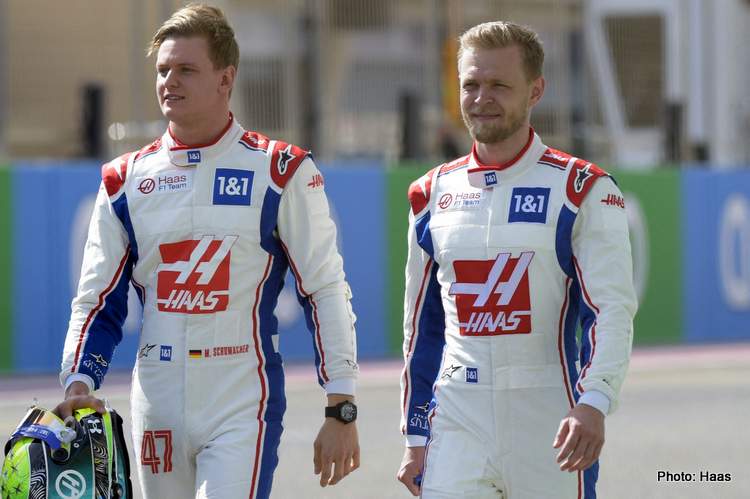 While some might think that the Schumacher name is a ticket to the top, this is not quite true as Mick’s cousin David Schumacher son of Ralf Schumacher, cannot find sponsorship for a season of F2 as he too targets F1 but his reality is vastly different.

David’s father Ralf, a six-time Grand Prix winner, explained to Motorsport-Total: “The path to Formula 1 is simply no longer affordable. We had two or three small sponsors, but so far I’ve basically paid for everything. And now o backing could be found, Formula 2 doesn’t stand out enough as a series.

David said of his plans for this season: “Because we didn’t find enough sponsors for Formula 2, but we also got a good offer with Mercedes and HTP-Winward. That’s why we’ve now taken the step towards DTM.”

Mick on the other hand, has had substantial backing from Ferrari who always said they would roll out the red-carpet for Michael’s son, and they have by funding his drive with Ferrari-powered Haas.

Now, only time will tell. This year with Magnussen as a teammate Mick has an important benchmark that he never had with last year’s teammate Nikita Mazepin.

How young Schumacher emerges from this challenge will be telling and should reveal if indeed Schumi III is the real deal as his veteran teammate Magnussen thinks.