Vettel: Can I drive it? Then he handed me the scooter 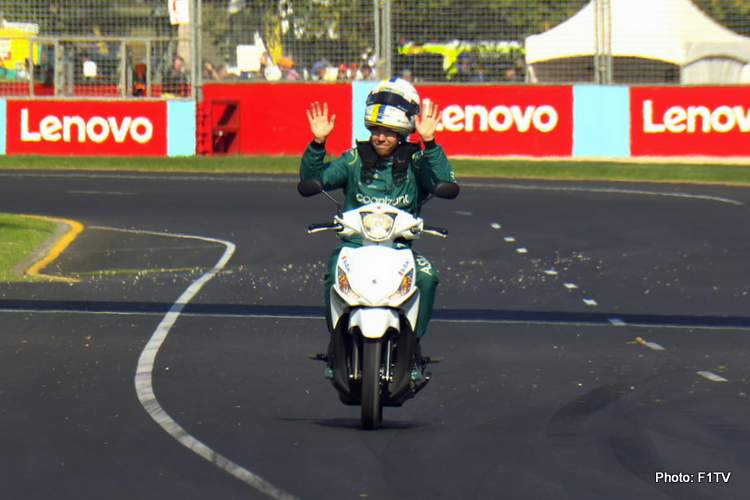 Four-times Formula 1 world champion Sebastian Vettel made an eye-catching ‘return’ to Formula 1 on Friday, putting out a fire in his Aston Martin car during practice at the Australian Grand Prix and causing a stir with a cheeky scooter ride along the track.

But it proved to be an expensive scooter ride for the German as he was handed a fine of €5,000 for his antics.

Vettel, who missed the opening races in Bahrain and Saudi Arabia due to a positive COVID-19 test, managed to get behind the wheel for a few laps in the first free practice session but his car soon ground to a halt with smoke billowing out the rear.

After exiting the car, the German grabbed a fire extinguisher off a track marshal and gave it a spray himself.

He then rode along the track back to the pits on a motor scooter with his helmet perched on the top of his head, at one point waving at fans with both hands off the handle-bars.

Having entered the track “without permission”, Vettel was hauled before stewards to explain himself.

He later told reporters in the paddock he had been given the all-clear by a marshal who had offered him use of the scooter: “I said, ‘Can I drive it?’ Because I prefer to drive myself.

“And then he handed me the scooter, so I said, ‘OK,’ and he said, ‘Off you go.’ And I went. I mean I would like to get the car back and not to have a problem in the first place. I’m not here to drive a scooter.”

Vettel, who posted the 13th fastest lap before his mishap, was unable to get his car back in time for the second free practice, with Aston Martin confirming it would need to swap in a new power unit.

“It will be fine tomorrow but it would have been nice to get a few more laps,” added Vettel. (Reporting by Ian Ransom)

Fireman Seb made his return in Australia 🧯