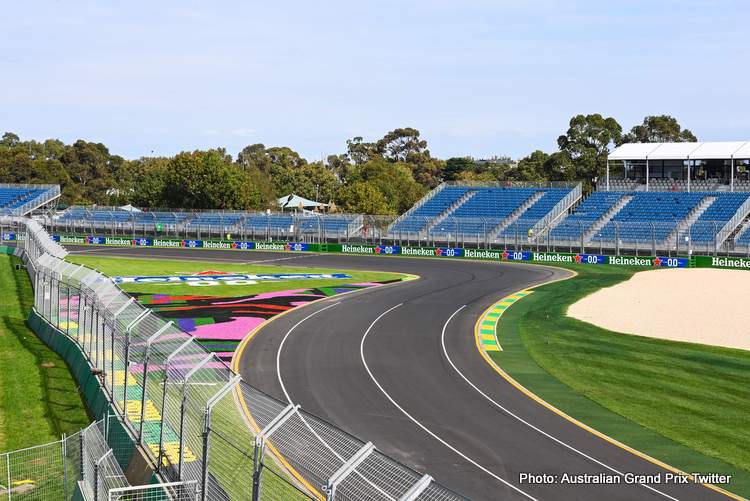 Formula 1 will race at a revamped Albert Park track in Melbourne for the 2022 edition of the Australian Grand Prix, with track modifications aiming to improve the racing spectacle.

Australian Grand Prix organisers will hope the days of single-lane racing at Albert Park are over as they unveil long-awaited changes to Melbourne’s lakeside circuit this week.

Albert Park has hosted Formula 1’s Australian stop since the state government snatched it from Adelaide some 25 years ago, turning public roads and car parks into a race track for a few weeks every year. Until this year, the circuit had stuck resolutely to the layout of the first race in 1996 despite the vast evolution of the cars.

Though one of the more visually pleasing tracks on the calendar, it drew criticism for lacking passing opportunities, gripes that only grew in volume as the cars sped up.

Valtteri Bottas, now driving for Alfa Romeo, won the last race for Mercedes in 2019 having led from the first turn, a fairly typical outcome in Melbourne.

The last time out in Melbourne 🏁@ValtteriBottas graced the top step of the podium in 2019 🤩#AusGP #F1 pic.twitter.com/sigQqPHI7l

The upgrade may reduce the chances of similar processions

It has seen the bumpy street circuit resurfaced and shortened by 28 metres, with seven corners modified and two turns taken out altogether, bringing the total down to 14.

One of the more significant changes is the widening of Turn 1, the scene of some memorable crashes as cars jostled for position in a narrow funnel after taking off from the grid. The corner is now 2.5m wider, giving drivers more racing lines in the crucial opening moments.

Turn 6, once a tight right hander, has been widened by more than 7.5m, which is expected to hike speeds by 70 km per hour.

The old chicane between turns nine and 10 has been removed, effectively transforming the section into a 1.3km ‘straight’ where drivers will put the foot down.

After breakneck speeds from Turn 6 through to Turn 10, Turn 11 – widened by three meters – will be a key attacking zone, with the camber also altered to force harder braking to negotiate the corner.

The changes have paved the way for four DRS zones, where drivers can adjust flaps on their rear wings to reduce drag and improve their chances of overtaking.

The pitlane has also been widened by two meters with the intention that its speed limit will be raised from 60kph to 80 kph. This could lead to more strategic options for teams due to the reduced time spent pitting.

With COVID-19 scrapping the last two Australian races, organizers hope the circuit’s upgrade will prove a hit with the drivers and a thrill for returning motor sport fans.

McLaren’s Australian driver Daniel Ricciardo said fans should expect a different kind of race, and told reporters in Melbourne on Wednesday: “Not taking credit, but I was a little bit involved in the talks about revamping the circuit a few years ago when they had the first idea of what to do to try to make the racing a bit better.

“I think it is going to be a different spectacle this time around. We obviously have to go there now and let our actions to do the talking, but on paper I think there is promise with that,” he added. (Reporting by Ian Ransom)

The first official lap of the new Albert Park circuit 🙌