Hulkenberg: Vettel needs to dig deeper to make up for missed races 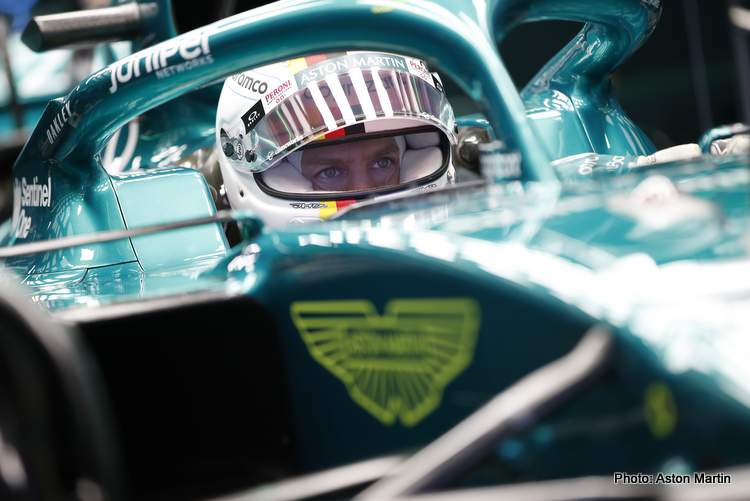 Nico Hulkenberg, claims that his compatriot Sebastian Vettel, whom he replaced for the first two races of the 2022 Formula 1 season as the latter recovered from Covid, will have to dig deeper to make up for the races he missed.

Aston Martin confirmed that the four-time World Champion will be back at the wheel of the AMR22 in the 2022 Australian Grand Prix, after missing the first two races of the season in Bahrain and Saudi Arabia due to Covid-19, as Nico Hulkenberg was drafted by the team to fill in for Vettel.

Needless to say, Aston Martin has a horrid couple of races as their car for 2022, the AMR22, turned out to be lacking on all fronts, with Hulkenberg and Lance Stroll toiling around at the tail of the grid, which means Vettel will be coming back to a tough situation in Melbourne.

The last time Vettel drove the car was in Bahrain’s pre-season testing, with the team definitely changing quite some stuff on it over the course of the opening race weekends, which mean the German has to adjust to a different car Down Under.

“Obviously, he’s lacking those two races, so he will start a little bit on the back foot,” Hulkenberg told media in Saudi Arabia in that regard.

“I think he is very skilled and is very talented,” the Hulk went on. “He is capable of catching up but, for sure, he has a bit more work to do, and he needs to dig a little bit deeper to try and make up for it.”

Mike Krack: We had no reference without Vettel

Aston Martin reflected on the impact of Vettel’s absence as he was leading the team during testing with his feedback and experience as they tried to sort out the car’s problems.

Krack revealed to the media ahead of Vettel’s return: “We had to work all test sessions, all winter testing, around these problems. I think we were not the only ones.

“[Vettel’s positive test] came at the point where we really did not need it because you have no references at all and then you change the driver at the last moment, so that leaves you with only one reference, which is always quite dangerous.

“It’s difficult for Nico, obviously, to jump in like that. He had no reference either. He didn’t test, so you’re a bit in the dark,” Krack Lamented.

Some pundits are doubting Vettel’s drive amid his team’s recent struggles with former F1 team boss Colin Kolles believing the 34-year-old doesn’t want to drive at all in the current circumstances, while Red Bull consultant, Dr. Helmut Marko, and Vettel former mentor when he was driving for the energy drinks outfit also doubting his motivation.

Out of knowledge of the driver, Marko told formel1.de that, if motivated, Vettel is till capable to get podiums pointing out: “You saw that in Baku, and he was also very fast in Monte Carlo.

“But where Aston Martin is at the moment, I don’t think the motivation will be too great,” he admitted. “First, Aston Martin has to build a more competitive car.

“Because if you’re racing outside the points, then your motivation is not the very best,” the Austrian insisted.

In the meantime, it would be worth following how Vettel gets on with his racing, as his 2022 season effectively gets started in Melbourne next weekend, and whether his team can improve their woeful car to become worthy of the pedigree of their 53-time race winning driver.

We’re excited for this one! 💚