Villeneuve: Russell can handle the Mercedes, Hamilton not coping 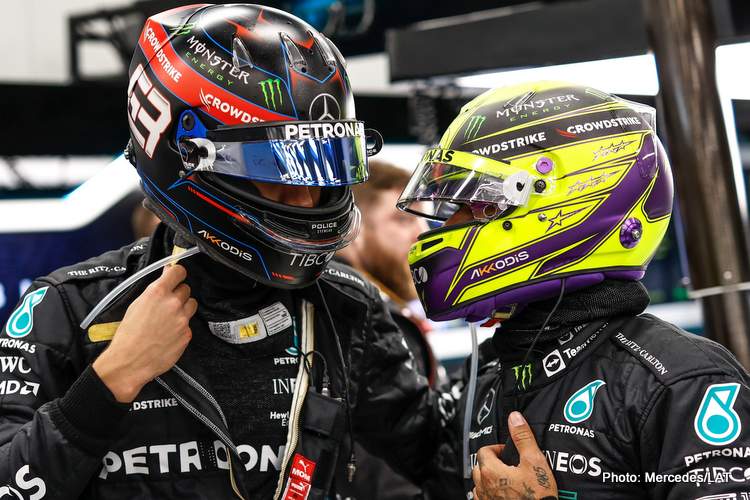 Jacques Villeneuve believes that Lewis Hamilton is not coping with this year’s Mercedes W13, having had perfect cars for some time, while George Russell seems to handle it better.

The 1997 Formula 1 World Champion was reflecting on the 2022 Saudi Arabian Grand Prix in his column for formule1.nl and gave his candid views on the state of affairs of Mercedes, as the World Champions are currently their worst start to an F1 campaign in years.

Mercedes have enjoyed an impressive run of success since the start of the turbo-hybrid era in 2014, having great cars powered by the best power unit on the grid, a power unit so dominant it could cover a faulty chassis.

“It will be interesting what the response will be in the team, because Toto Wolff and Lewis Hamilton are not used to this.

“We can say that competing for the prizes is no longer an option for Mercedes,” the Canadian added. “George Russell can still handle the car to some degree. Maybe that’s because of his years at Williams where he also had to drive a difficult car.

“But Lewis Hamilton is not coping at all. He’s always had a perfect car, he never had to push because they were so much faster. In the race yesterday he did alright, but on Saturday he was nowhere to be seen,” the 50-year-old reflected.

“The car does not seem to suit his driving style at the moment. You can make an engine stronger, but you can’t get extra horsepower that easily, and if the chassis won’t cooperate you have a problem.

“The championship is a long way off for them,” the winner of 11 Grands Prix insists. “By the time they are competitive again, Leclerc and Verstappen will be much too far away.

“It will be interesting to see how the team responds. And what about at Mercedes HQ and at the offices of the sponsors, they are not used to this there either.

“And with the budget cap it will be difficult to change course,” predicted Villeneuve.