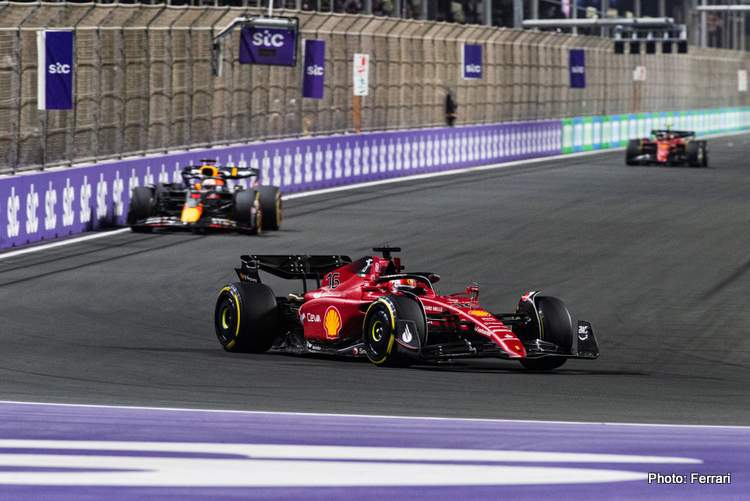 Former  double Formula 1 Champion Mika Hakkinen reflected on the 2022 Saudi Arabian Grand Prix, and believes there has been a power shift within the sport, as Mercedes took a step back.

Ferrari announced its return to top form with pole and victory at the season opening race in Bahrain, and followed that by a strong performance at the Saudi Arabian Grand Prix, where Charles Leclerc was fighting for victory with Max Verstappen up until the final laps of the race, only to lose out to the latter by the tiniest of margins.

Mercedes in the meantime, were only good for fifth and 10th with George Russell and Lewis Hamilton respectively, not to forget Hamilton’s knock out from Q1 during qualifying.

“After two races we can see that there has been a power shift in Formula 1,” Hakkinen said in his Unibet column. “We knew from the opening race in Bahrain that Charles Leclerc is looking incredibly strong at Ferrari, well supported by team mate Carlos Sainz.

“But now that Red Bull seems to have to have solved the fuel vaporisation problem which caused both cars to return from the first race, they are just as competitive.

“Mercedes have a significant set of problems to fix if they are to catch up with Red Bull and Ferrari. They need to do it quite quickly because the top two teams are going to be pushing so hard on their own development.

“It was very strange to see the Mercedes cars starting 6th and 16th, with Lewis Hamilton clearly unhappy with the set up of his car,” the former McLaren driver admitted.

We saw the very best of Charles and Max in Jeddah

Reflecting on the fight between Verstappen and Leclerc in Jeddah, Hakkinen said: “This was a fantastic fight for the victory.

“We saw the very best of Charles and Max out there, and it’s great to see how evenly matched they are. There is clearly a good level of respect between them and they trust each other when racing so closely.

“The way they both used the DRS (drag reduction system) to try and give themselves a strategic advantage on each lap was fascinating, but ultimately Charles was unable to break away from Max,” the 53-year-old explained.

“I thought Max timed everything just perfectly in the end, although to win by half a second after 300kms of racing shows just how close their battle is.

“It’s brilliant to see Ferrari and Red Bull so closely matched, so the question is now to see which one of them can develop their car more quickly.

“The development race Monday to Saturday is going to really determine who wins on the Sunday,” Hakkinen predicted.

Sergio Perez making the most of a competitive car

The Mexican stole pole position for the race in Saudi Arabia, his first ever in F1, and Hakkinen is impressed with his performance this year, a positive for Red Bull as he believes.

“It was really satisfying to see Checo score his first pole position in Formula 1,” he revealed. “Eleven years, 220 Grands Prix, is a long time to wait for that, but you need a competitive car under you and he is really making the most of that opportunity.

“It shows how much confidence he has in the car, and it’s good news for Red Bull that Checo is able to push the performance to the limit.

“The Safety Car timing was a disaster for him, but these things happen and you just have to stay focused and try to recover,” Hakkinen pointed out.

“To lose out to Carlos Sainz and drop to 4th just added to his disappointment, but I think Checo can take a lot of positives away from this weekend.

“It will give him even more confidence to have put that first pole position behind him,” the 1998 and 1999 F1 Champion maintained.