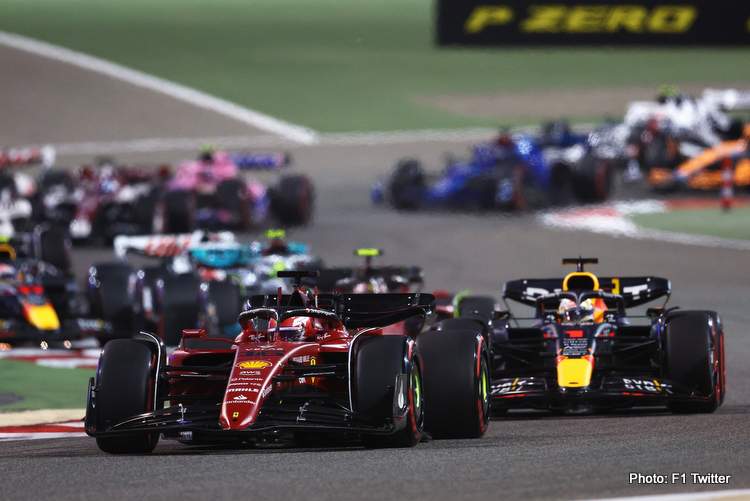 Formula 1 kicked off at the 2022 Bahrain Grand Prix, as the new era of our sport took off in style, the season opener giving us a taste of what is yet to come.

New rules, new tyres, and new cars, all signaled the new era of F1 that was launched at the 2022 Bahrain Grand Prix, after picking up the baton from the 2021 F1 season, one of the sport’s most exciting campaigns in years.

And from what we’ve seen under the floodlights at Sakhir, the 2022 season has all the ingredients to compete with its predecessor, with a resurgent Ferrari, a fast-while-fragile Red Bull, and a Mercedes on the back foot. All factors that will play their roles in writing the F1 story this year.

With that said, let’s have our first takeaways of the 2022 F1 season, the Takeaways from the 2022 Bahrain Grand Prix.

A new rivalry created, or should I say rivalries 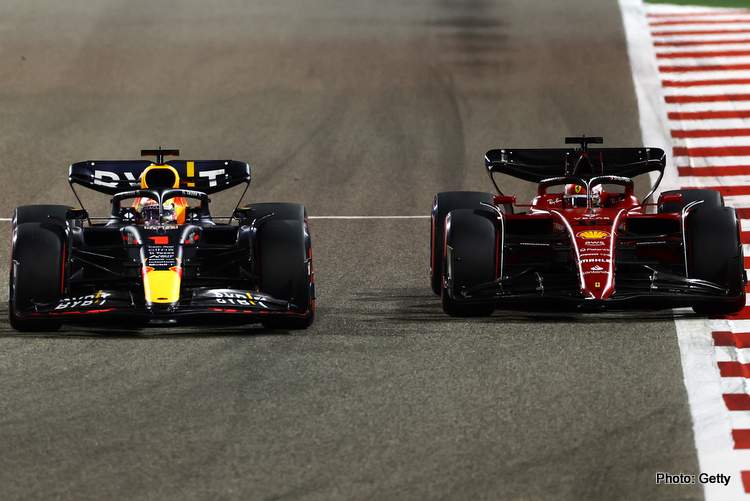 And we have the house of Maranello to thank for this, as it seems the Reds have finally come up with a car worthy of the talents of Charles Leclerc and Carlos Sainz, with the F1-75 apparently a formidable weapon which the pair can use to slug it out with reigning World Champion Max Verstappen.

Leclerc was leading the fight with Verstappen in Bahrain with Sainz yet to get the handle of his new ride, but once the Spaniard has that sorted, expect him to have a say in that “smooth operator” style as opposed to the bombarding styles of the Monegasque and the Dutchman.

Mercedes had a tough start to their season, but they are not far off, as they proved in the season opener, where they were ready to pick up Red Bull’s pieces once they imploded towards the end of the race.

And imagine the slug-out fest we will have on our hands then, as the rivalries will be intra team as well as inter because – aside from Verstappen for one –  Leclerc will have to deal with Sainz first and vice versa. Hamilton cannot expect Russell to be as docile as Valtteri Bottas, so that intra-team rivalry has to be dealt with as well first.

I would keep an eye on Verstappen vs Leclerc though, as those two have a history of not backing down, as the former will find battling with the latter a totally different affair from fighting Hamilton. Hamilton can be more calculated when going wheel to wheel, Leclerc doesn’t even have a calculator. 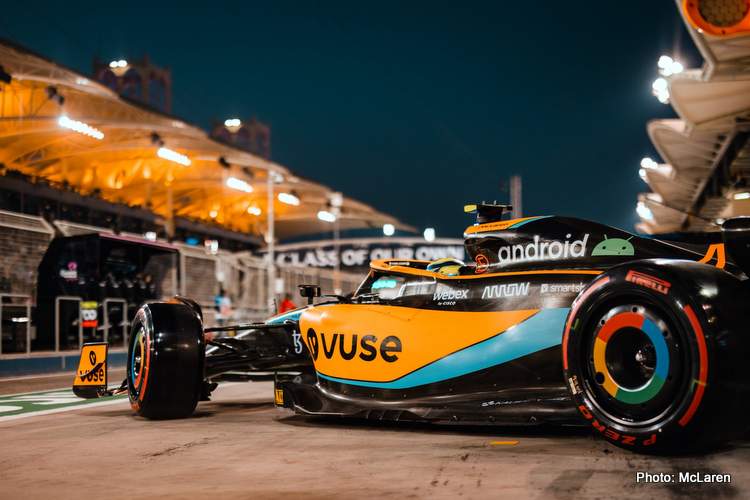 I will start with McLaren who have been on a steady upward trend, even won a race in 2021, and their re-build project has been underway for a while now, you would expect them to make good use of the new regulations to make that final step towards the top.

In Barcelona testing they showed promise, but they got a reality check in Bahrain, both testing and racing, with brake problems limiting their testing mileage, and lack of pace ruining their race.

The more worrying fact remains Lando Norris’ admission to Sky Sports F1 that fixing the MCL36 will not be simple admitting: “It’s not got enough downforce.”

Imagine how Norris must be feeling after signing his long term contract with the team, but in all cases the team has come a long way to stumble now. 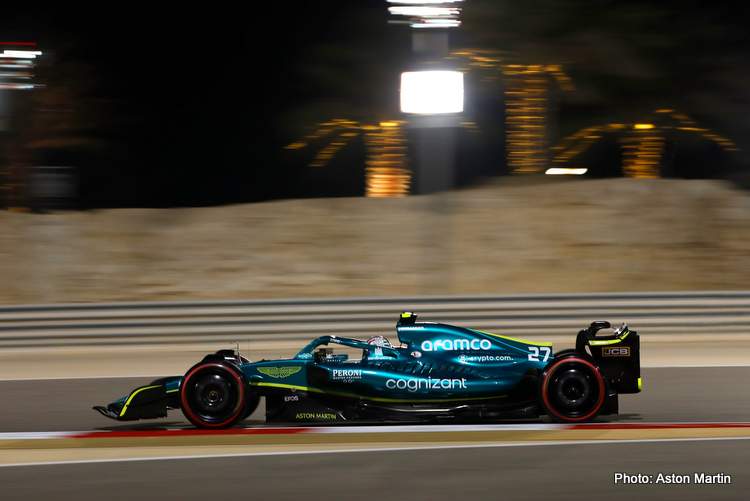 Over to Aston Martin, where Lawrence Stroll will be asking some tough questions to his team about their new creation, the AMR22, which turned out to be a disaster, a good looking one though.

Now Stroll senior is smart enough not to expect wins at this point of his project, but it is understandable that he does not accept 17th and 19th in qualifying for the race in Bahrain.

Ralph Schumacher told Sport1.de: ”The owner (Lawrence Stroll) now seems to be sitting at the meetings and telling them what to do. If that’s the case, then it’s going to be very difficult.”

Indeed if that is the case, then things at Aston Martin are going to get ugly and toxic, as in such situations, people should be left to do their thing, with the pressure being moderated to ensure a positive result. Stroll has put in the money but he has someone like Martin Whitmarsh on board and he should let him do the work along with Mike Krack who despite still having to prove his credentials as team principal, deserves a chance to do his job.

In the meantime, I wonder what is going on in Sebastian Vettel’s mind….

You’ve got to be happy for K-Mag and Haas 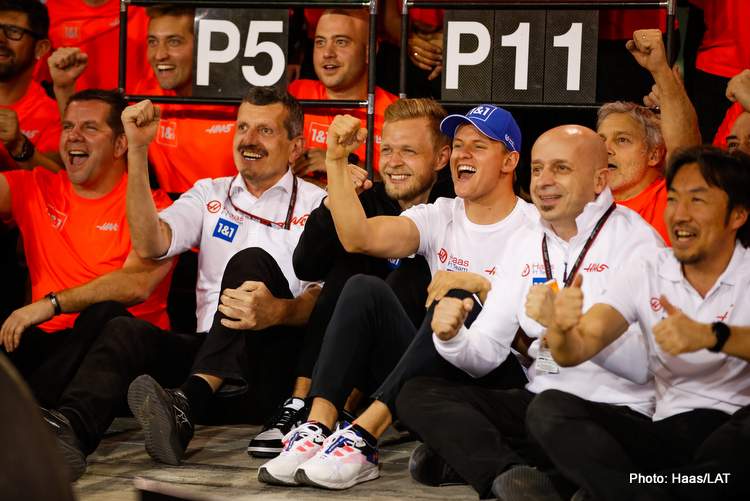 Haas have been getting beaten to a pulp for a while now, and have went through so much trouble for some time, remember the Rich Energy affair in 2019?

Their season in 2021 was nothing short of a disaster, despite the team adamant they did not develop that year’s car to focus on this year’s VF22. That seems to have been an inspired decision.

But their season was at risk with their issues related to Nikita Mazepin and his sponsor Uralkali on the back of the Russian Ukrainian war, as the team pulled the plug on that partnership on the eve of pre-season test in Bahrain, with Kevin Magnussen being drafted in at the last minute. Another inspired decision it seems…

Magnussen hit the road running, as if he never left F1, and what makes his achievement more important is that last time he drove an F1 car, it was one with a totally different philosophy to the VF22’s, which he never drove even in the simulator before his debut with the team.

The car seems to be decent, and Magnussen is relishing his second chance, and has not put a foot wrong yet. He will be a proper benchmark for Mick Schumacher as the young German continues his development in top flight.

Hopefully Haas can maintain the momentum, but you have to be happy for them, for now at least.

Leclerc’s eyes were darting all over his rear-view mirrors! 👀