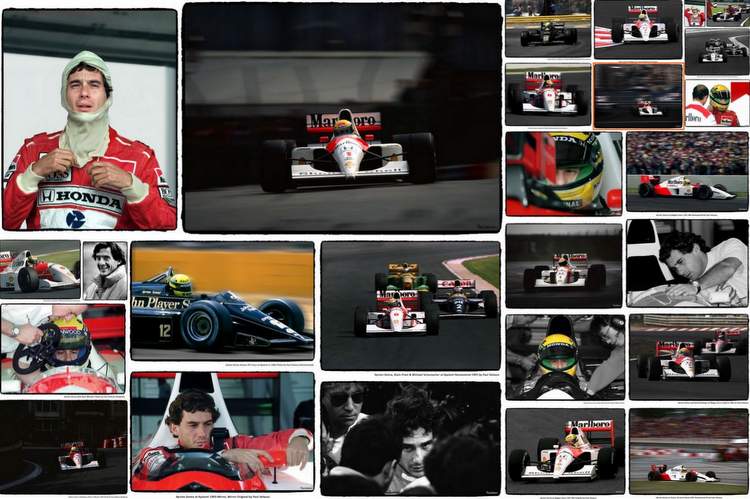 Ayrton Senna is 62 today. The Brazilian Formula 1 legend departed far too young and is sorely missed, especially by a generation of fans who lived his life and witnessed his death… On a day many of us still ache over.

Nevertheless, Ayrton’s legacy burns forever. For this occasion, I delved into my digitized F1 archives for a pictorial tribute because just about everything that can be said has been said about him. A number of the images have never been published before.

Having the privilege of spending too few seasons photographing the Ayrton-era of F1, most of my current day scans are either of him or other historical images sourced from myriads of slide sleeves and negative pages that crowd my desk urging me to scan, scan and scan.

Time permitting, I am on an ongoing scanning mission to find some gems, remaster them to make them pop and relevant.

Remaster meaning: scanning negatives or slides, most of the time a fair amount of spotting and cleaning of the digitized image is required, upon which the original raw scan is stored and backed up.

From that, Photoshop my best mate is used to give life to the images; some of which a few years ago I made available on Fine Art America for anyone to buy.

In the late 80s and early 90s, I would shoot about 10 rolls of film (360 shots at 36 frames per roll) per session (qualy, praccy) also 10 rolls (360 shots) for the race – a roll at the start and one at the podium, the rest action. Today you can add a zero to that for the number of pictures taken per session by one snapper.

Also no review screen, you shot it, said a hail mary, forgot about it, then could not wait to process the film hours, if not a day later. None of the instant stuff.

If on a roll of 36 frames you had a dozen solid images you were happy, if you managed one great image per roll (no autofocus remember) you were very happy. I was unhappy often!

Today the cameras are amazing, you struggle to get a picture out of focus!!! The hit rate is so good that too often Photo Editors are spoilt for choice.

Hence, from my archives dating back to the early nineties each and every frame of film, be it slide or negative and even black & white prints from that time – now three decades later – are cherished and coveted, treated like the treasure that pre-digital photography will become in the future.

Below are the fruits of my Ayrton Senna photo preservation efforts: 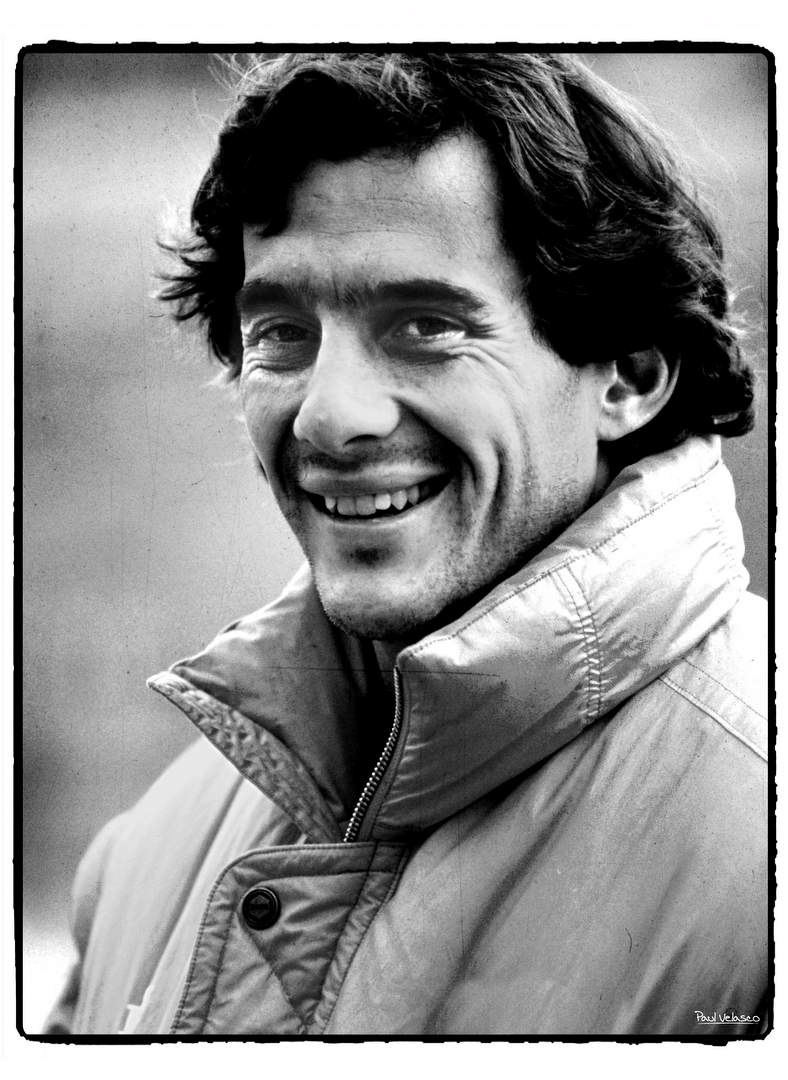 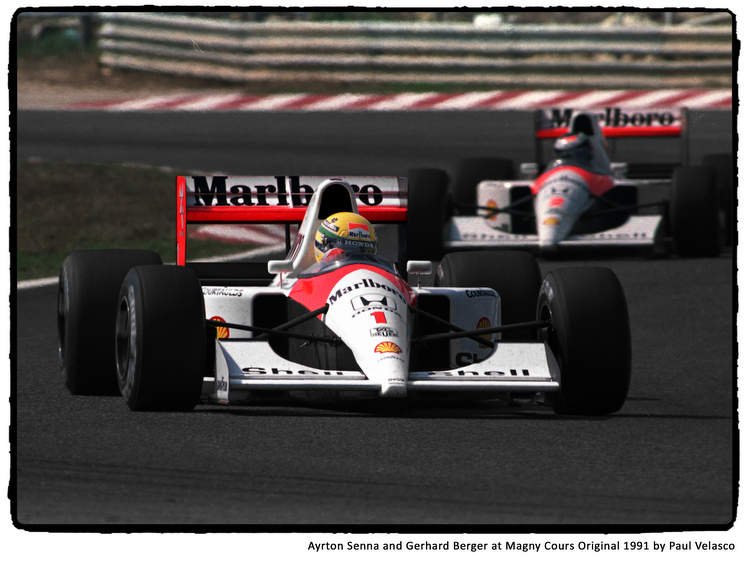 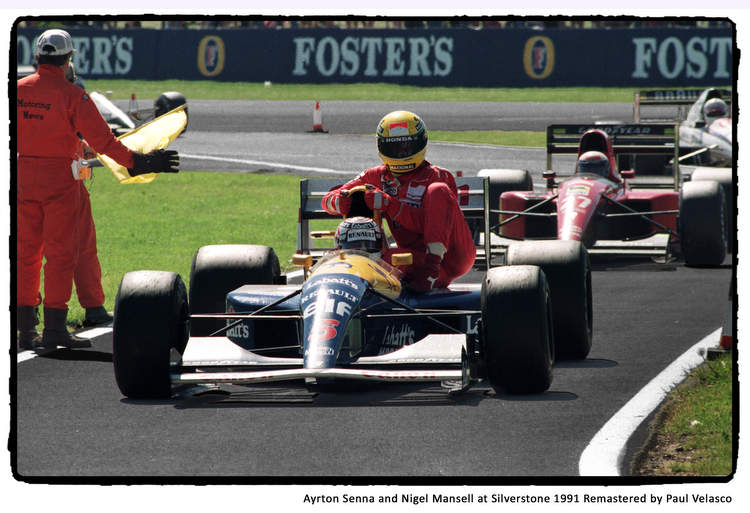 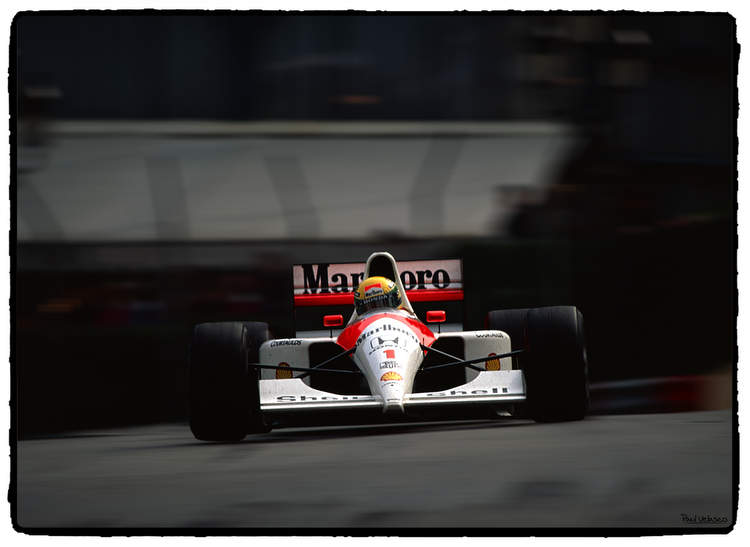 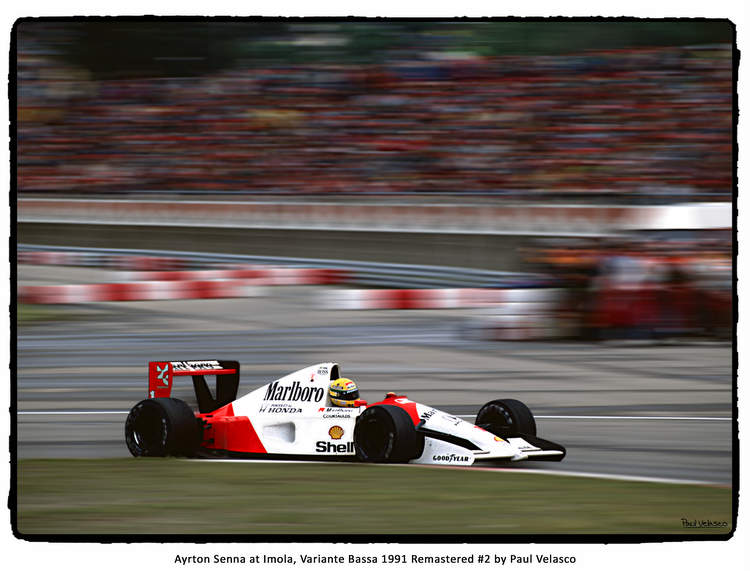 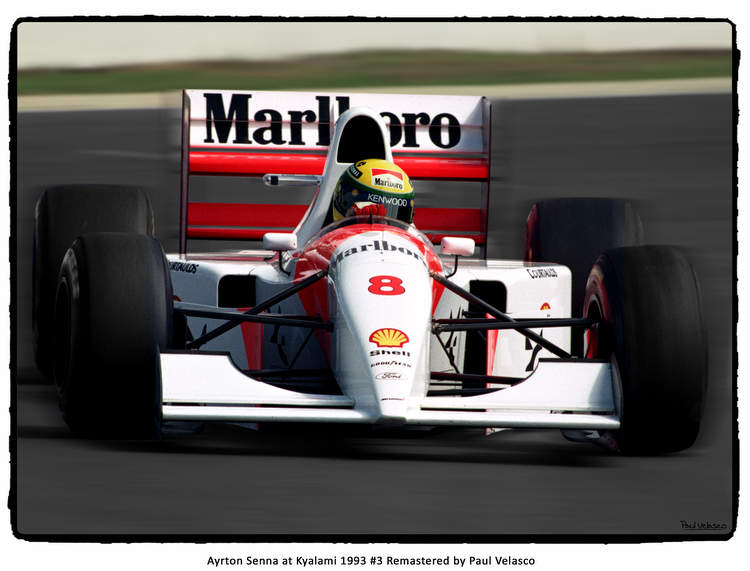 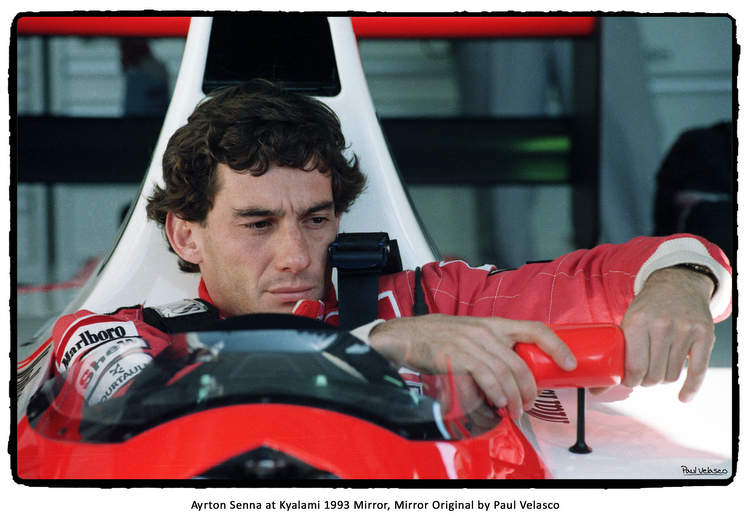 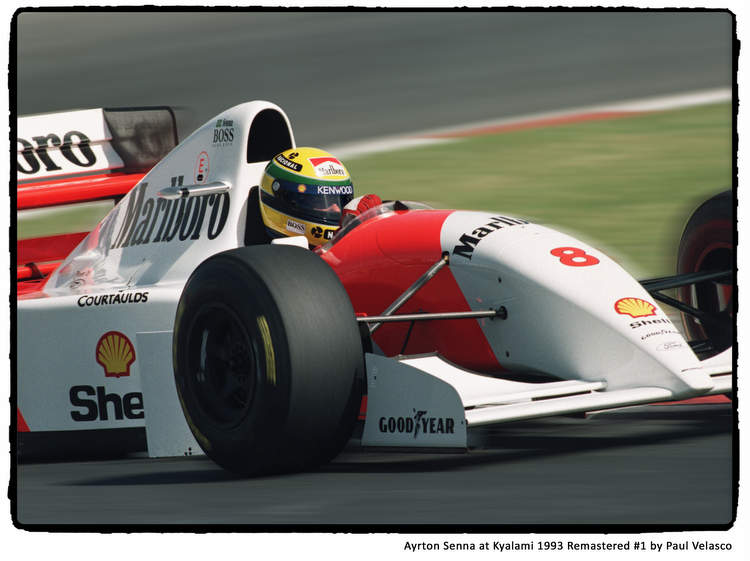 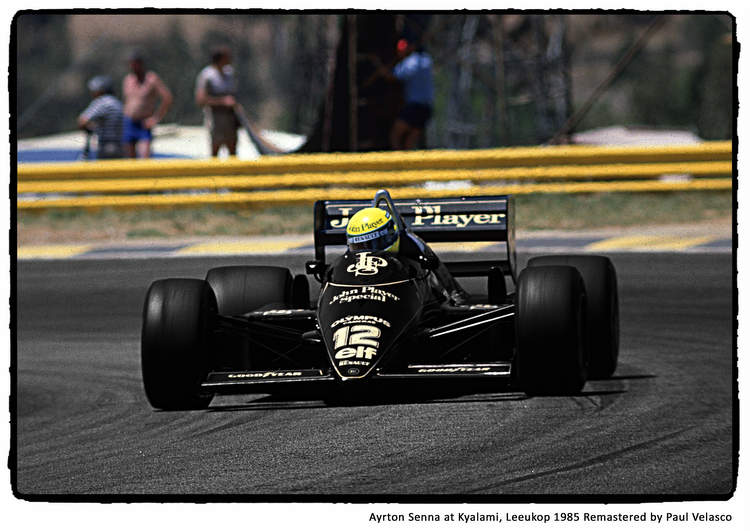 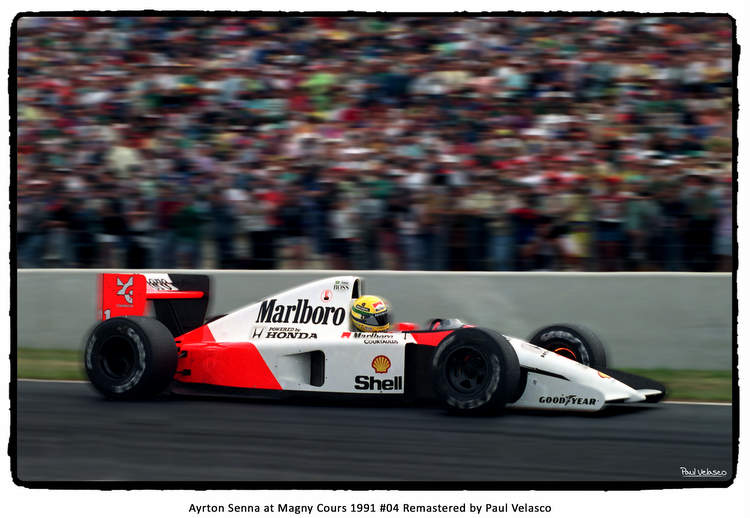 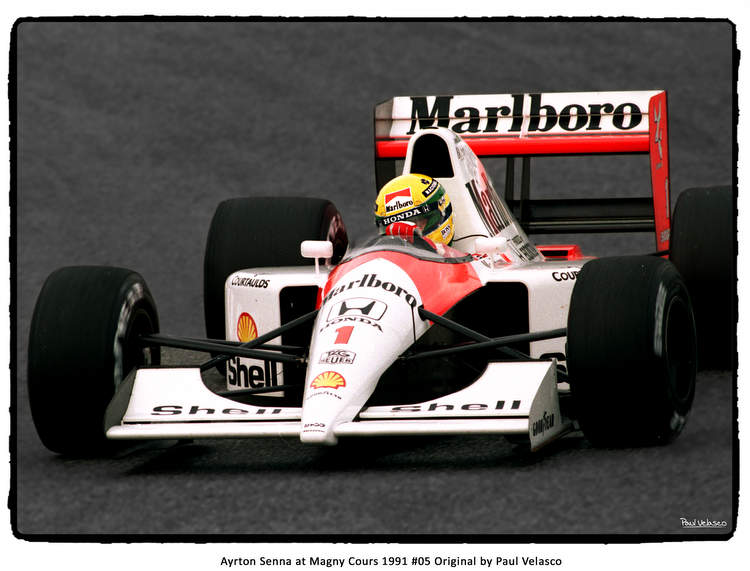 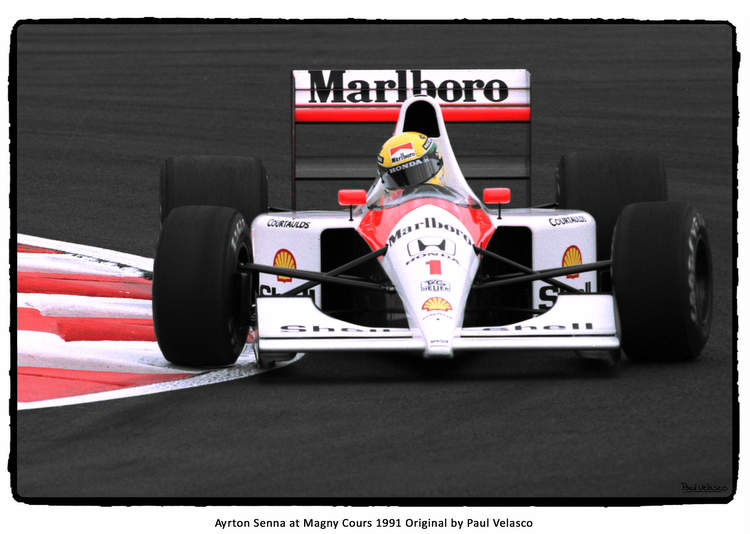 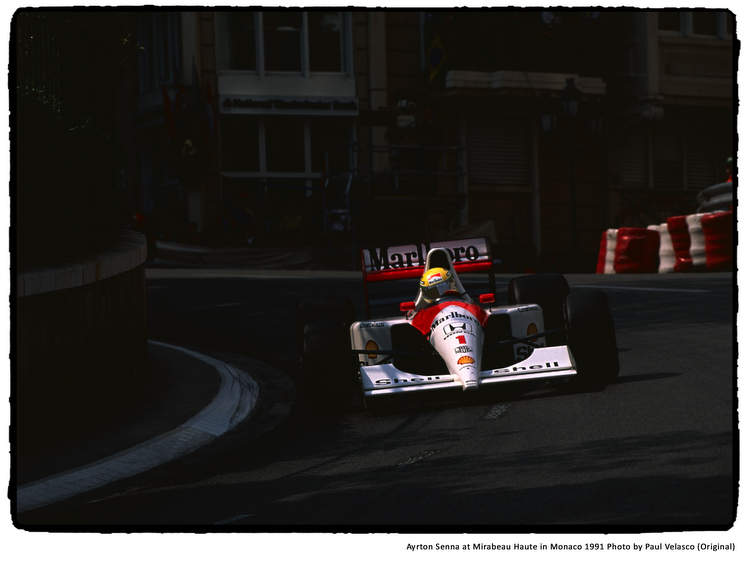 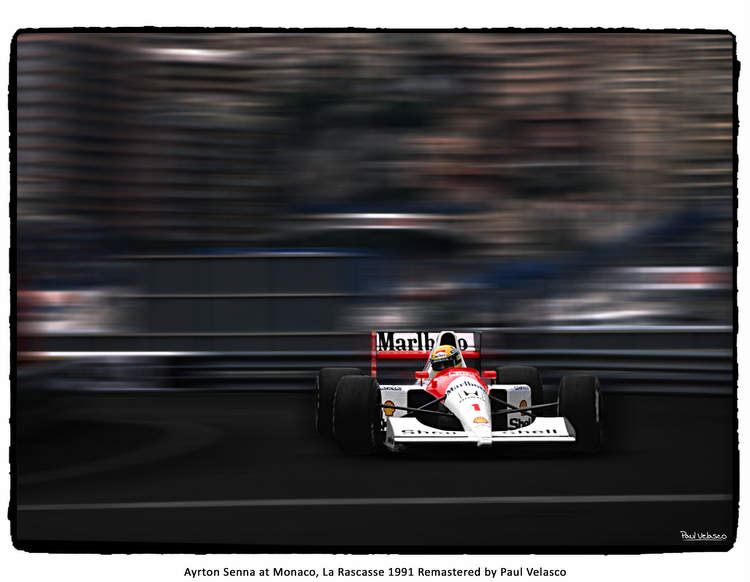 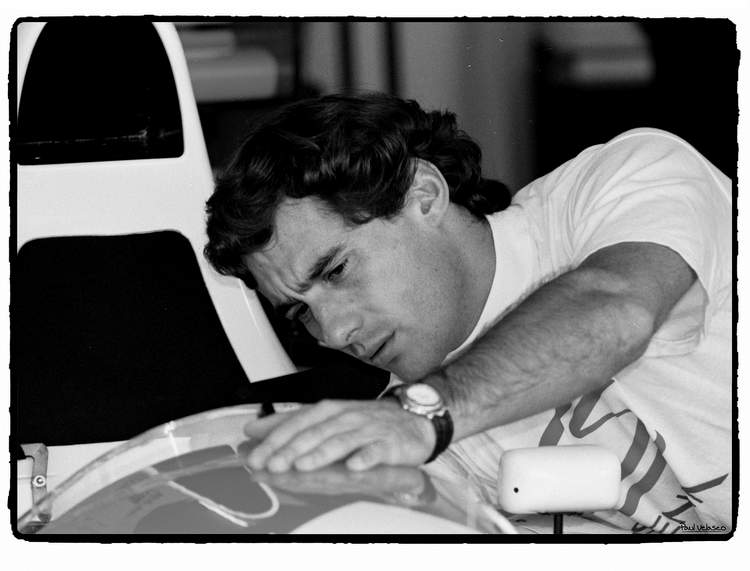 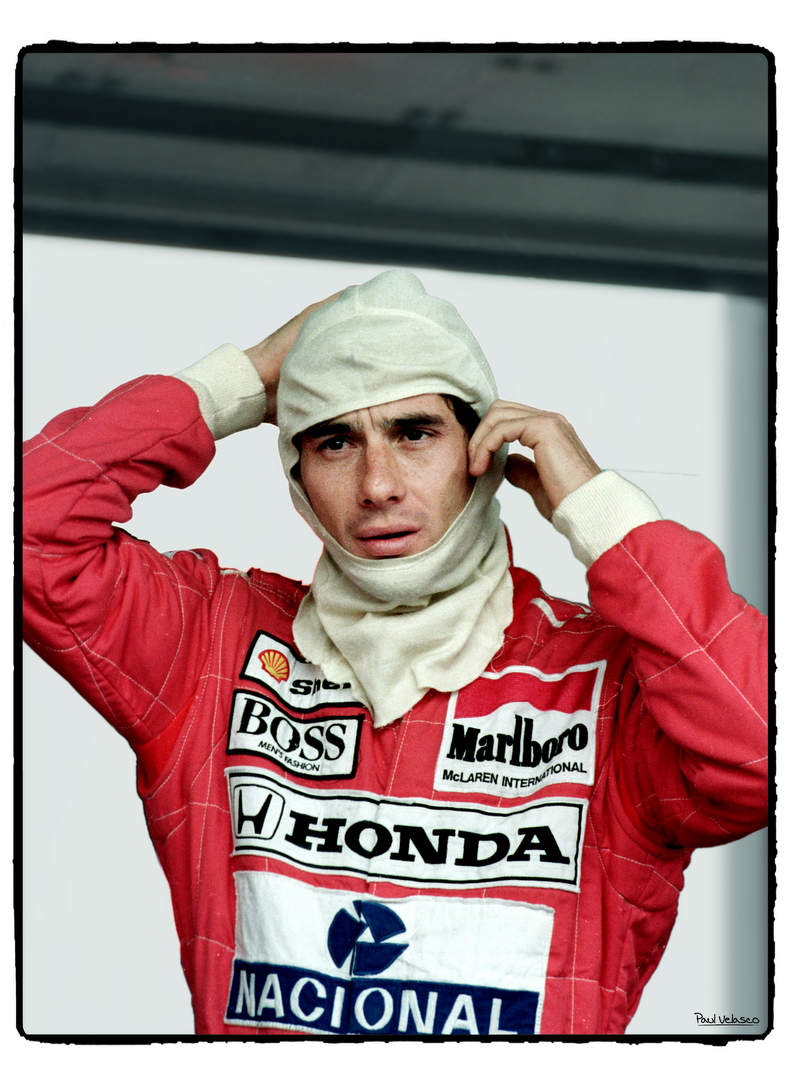 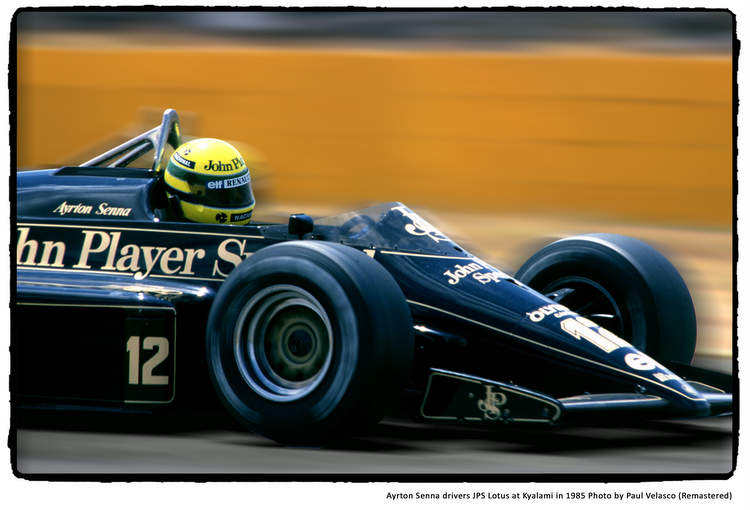 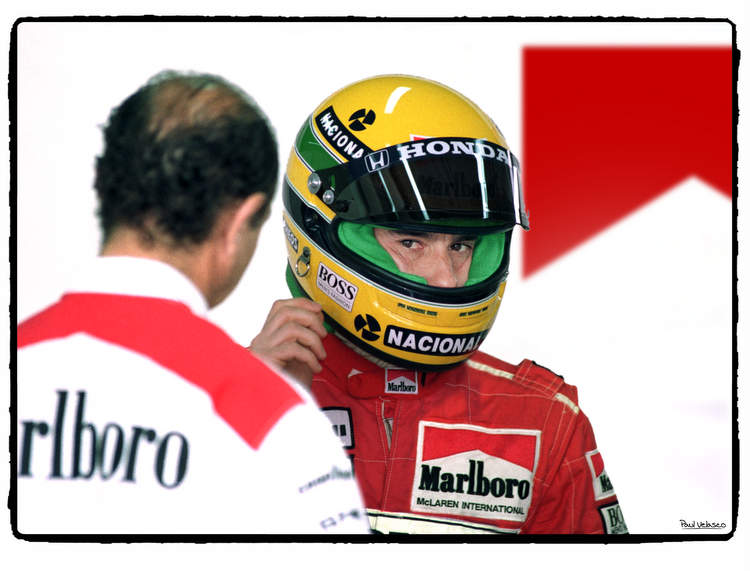 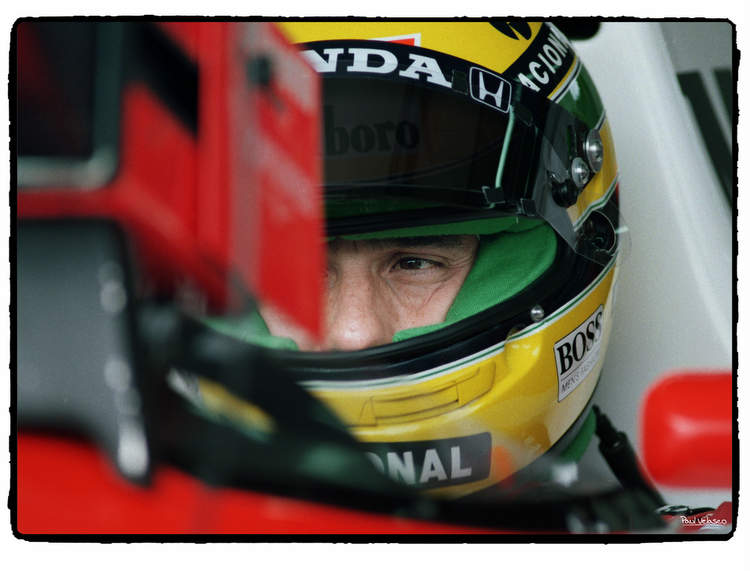 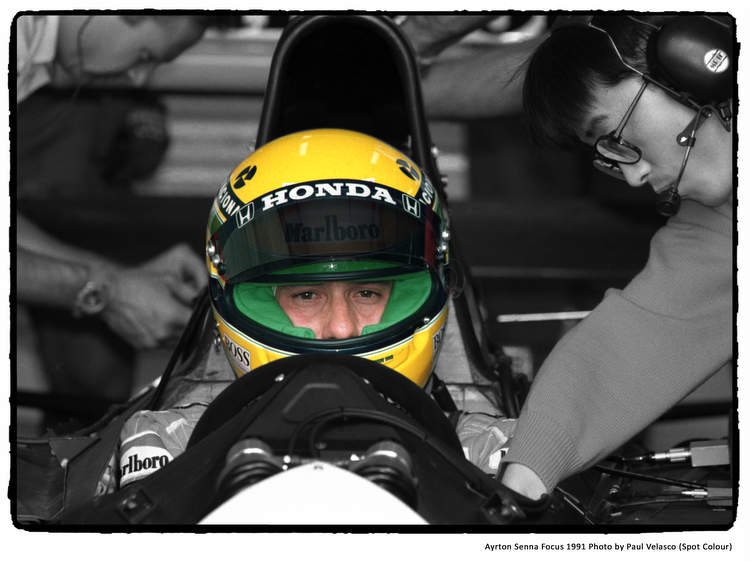 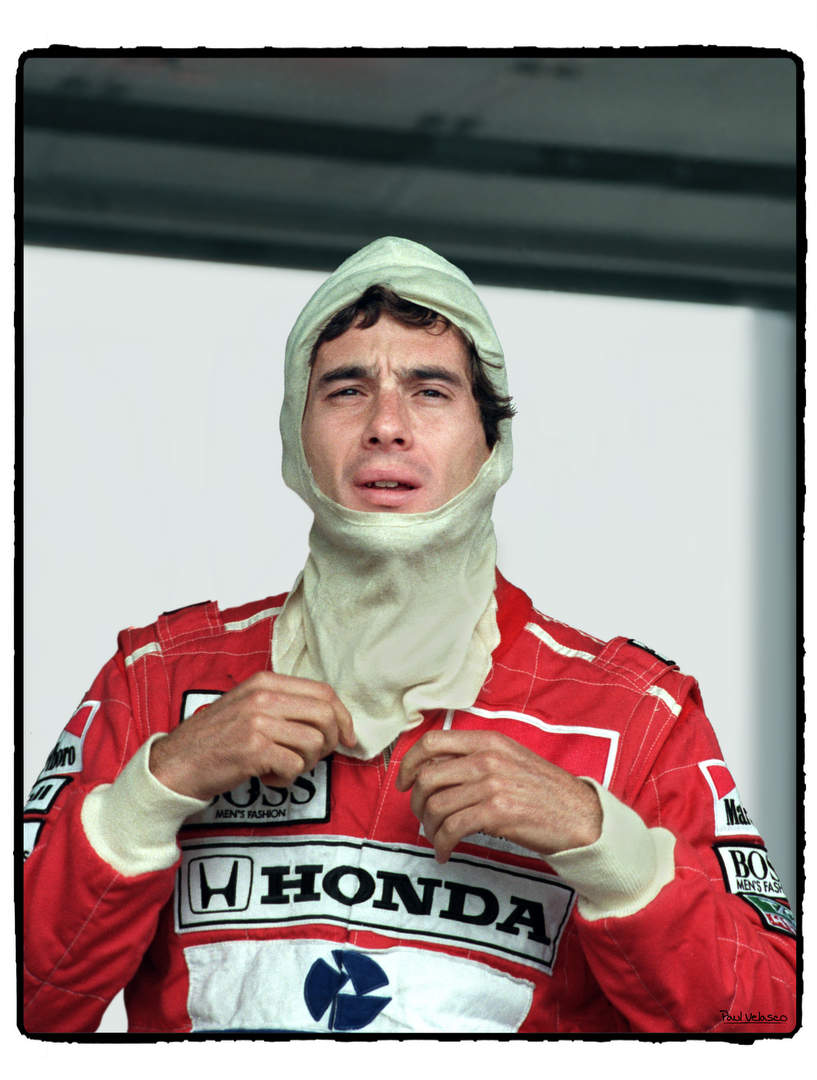 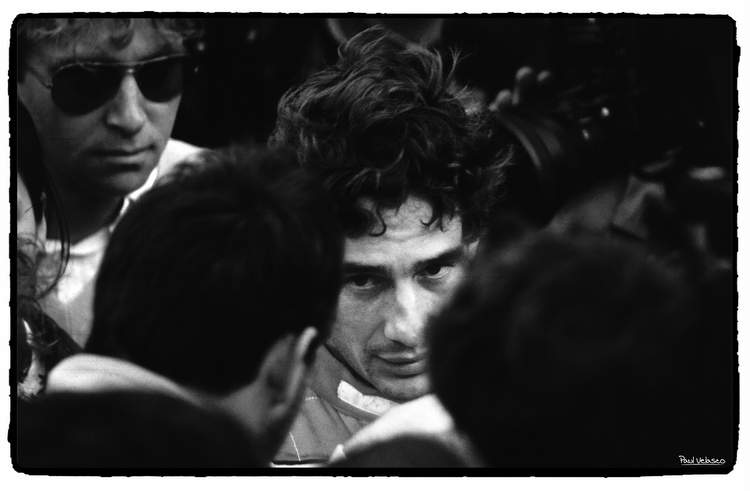 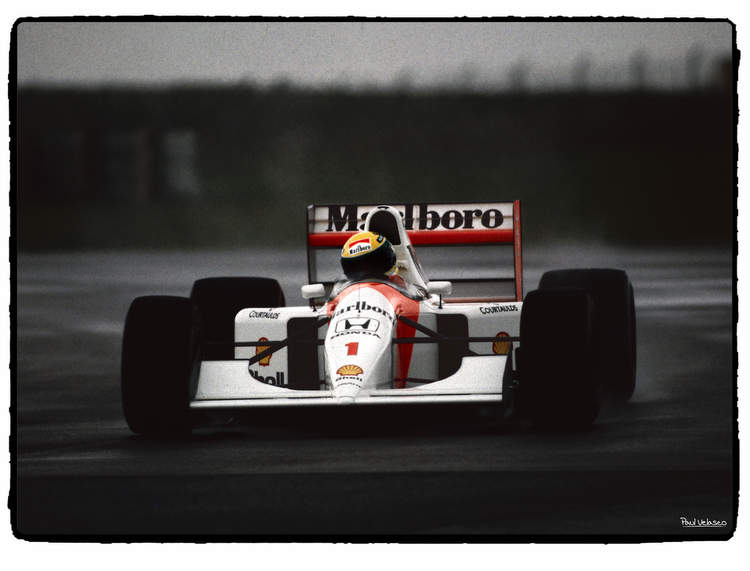 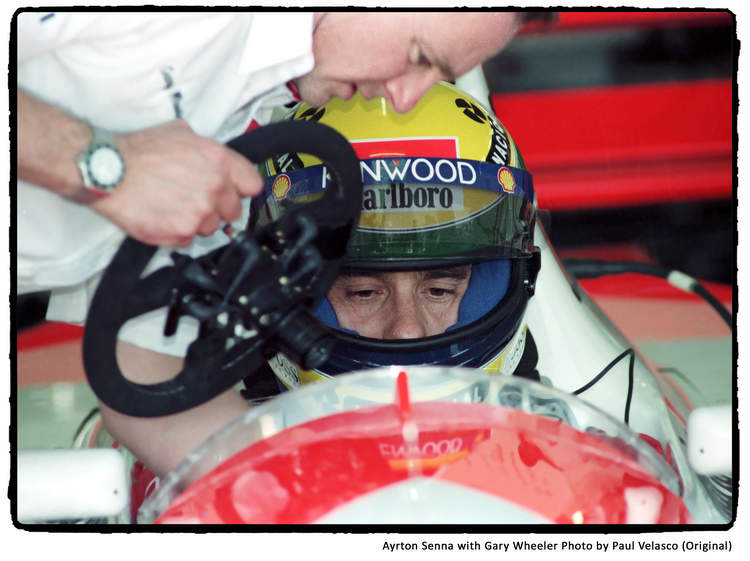 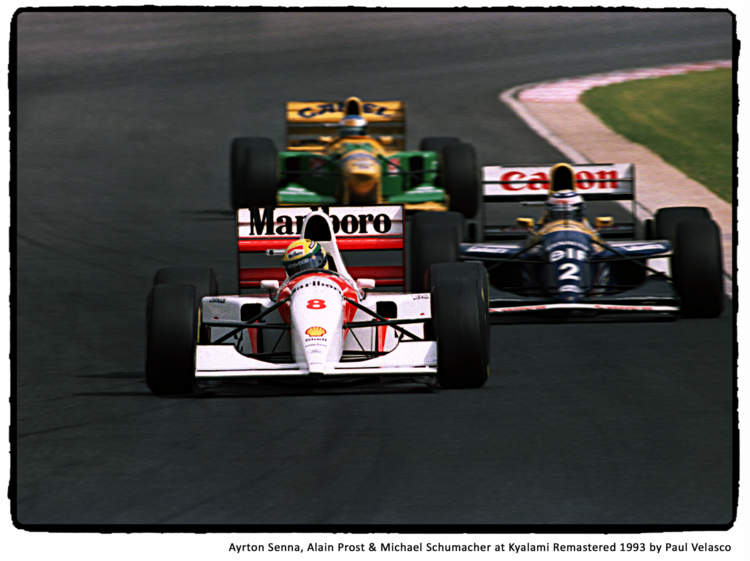