Newey: Improved overtaking could have been done in other ways 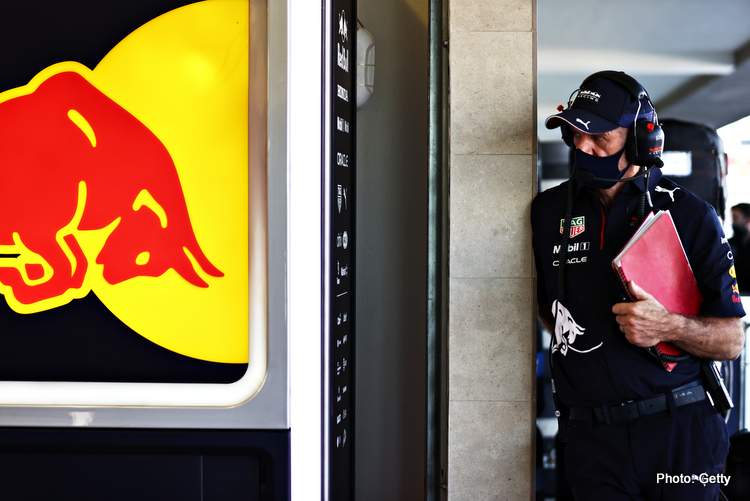 Adrian Newey, Red Bull’s tech boss is fine with the concept Formula 1 pursued in 2022 to improve overtaking, but believes there could have been other ways to achieve the same result.

Newey remains one of the most successful designers in the history of F1 delivering Championship winning cars for Williams, McLaren, then Red Bull, the latest being the RB16B which Max Verstappen steered towards his maiden Drivers’ Crown in 2021.

The design guru spoke to RacingNews365.com, about the 2022 F1 regulations in tandem with improving overtaking, a problem the sport was grappling with for years now, even resorting to artificial tools like DRS (Drag Reduction System) to enhance overtaking.

“I think there are other ways it could have been done, let’s say,” he pointed out.

“The only thing I would say is that this is, in reality, the biggest aerodynamic change we’ve had since Venturi cars were banned in 1982.

“If you’re going to have such a big regulation change, which inevitably brings all sorts of other changes, it will probably spread the grid apart during the early seasons,” the Briton warned.

Red Bull Chief Technical Officer then addressed the elephant in the room now, the overweight F1 cars we have today that are close to 800 kilogarms.

“Getting the cars to the weight limit, for a lot of the teams, is a big challenge, for sure,” he began. “You’ve got to remember that, very roughly speaking – it, of course, varies from circuit to circuit – but you’re talking roughly three-eighths of a second per 10 kilos.”

Newey believes it is unfortunate that F1 has been on this upward trend in terms of car weights, as there is still a chance to fix that and give the cars a diet for the future.

“The reality is you’ve now got cars that have an over 900-kilogram start-line weight, so you’re well into what used to be very heavy for sports cars,” he said.

“So the cars have got bigger and heavier and, aerodynamically, not particularly efficient, [with] lots of drag. I think it is a bit of a shame that Formula 1 has gone in that direction, because there’s the opportunity at the moment to go the opposite [way],” Newey lamented.

Wrong for F1 to follow road-cars down the overweight path

Formula 1 has always been looked at as the road-car laboratory, with many innovations in the sport making their way to the road vehicles, but Newey is worried that F1 has followed the automotive sector down the wrong path of over-weight vehicles, which puts the current sustainability talk in a wrong context.

“That direction is the same as general automotive has gone,” he pointed out. “Everybody is driving bigger and heavier cars all the time, and wider, and then people are obsessing about if it is battery or petrol.

“Well, the biggest single problem is the amount of energy it takes to move the damn thing, regardless of where that energy comes from. Nobody really grasps that nettle because, of course, the big car manufacturers don’t want to.

“I think [F1 cars should be] lightweight and [focused on] aerodynamic efficiency,” Newey insisted.

“Nobody seems to be talking about the amount of energy that is used to move your vehicle. So, rather ridiculously at the moment, manufacturers get a dispensation if they make their car bigger and heavier, in terms of their Co2 emissions as a manufacturer. I mean, where is the logic in that course?,” the 63-year-old reflected.

Newey’s latest creation, the RB18 seems to be the pick of the F1 litter this season, showing reliability and most importantly impressive speed in testing, with Max Verstappen putting its updated version top of the timesheets in Bahrain’s testing last week.

The real picture will be uncovered at this week’s F1 season opener, the 2022 Bahrain Grand Prix.