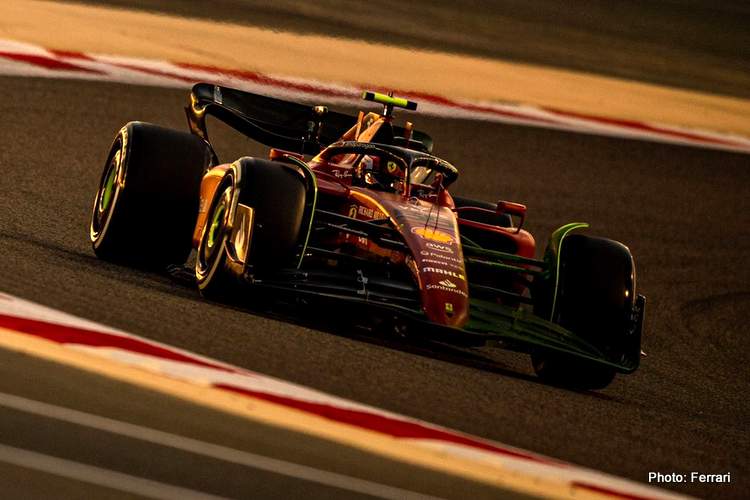 After a Bahrain’s morning testing session got blemished with Red Flags, Formula 1 teams set off to complete Day 2 of running, Carlos Sainz finishing the day fastest of all.

Carlos Sainz finished the second day of testing in Bahrain fastest of all, with Ferrari apparently so confident that they sacrificed track time to run a race start simulation in the pit garage.

Eighth place went to Sebastian Vettel, as Kevin Magnussen made an impressive debut in the Haas finishing his first testing session in the team’s VF22 ninth fastest, compared to twelfth fastest for his teammate Mick Schumacher.

Yuki Tsunoda, AlphaTauri’s sole driver of the day rounded up the top ten.

finishing off the second day with some pitstop practice 👊 pic.twitter.com/ZgF02EQpD7

A quick rundown from the morning in Bahrain

The morning Friday testing session ended with a Red Flag, while the FIA was running a Red Flag/Restart simulation to check the software and protocols related to the process, due to Valtteri Bottas grinding to a halt on track.

Alfa Romeo boss Frederic Vasseur later confirmed in the lunchtime press conferences that the stoppage the Finn suffered was die to a hydraulic leak on the C42, that was taken over by Zhou Guanyu in the afternoon.

Alpine’s Fernando Alonso was upbeat about his team’s performance in Bahrain, as his teammate Esteban Ocon went fastest in the AM.

Asked about any issues, Alonso said: “Not really. We had a good surprise in that respect. The car is working well. No issues in the cooling system. Everything running ok. More optimistic than one week ago.”

Szafnauer returned the favor to his driver when asked about him as well saying: “Still very hungry and looking forward to working with him.

“I am really enjoying Alpine,” he added. “The team has a good history and a good infrastructure.”

Making his 2022 track debut is Kevin Magnussen at Haas, the Dane jumping into the VF22 in place of Mick Schumacher who did the morning runs for the U.S. outfit.

His boss, Guenther Steiner said of his return: “It will be good to have him for Mick . He knows how to drive the cars. It is a good move in the team.”

Lewis Hamilton took over from George Russell at the wheel of the W13, with Lance Stroll replacing Sebastian Vettel at Aston Martin, and Carlos Sainz driving the F1-75 after Charles Leclerc’s impressive morning run in the Red single seater.

Esteban Ocon resumed work in the Alpine after an encouraging mornings work where he went fastest of all, and second to Mercedes on laps, with 59 laps to Russell’s 66.

Lando Norris continued working in the MCL36, that is still suffering from brake issues, the Briton racking up only 29 laps, as it seems that Woking squad will need to fly in new parts from the factory in order to have a permanent fix for the problem, as revealed by the team’s boss Andreas Seidl.

“We have unexpectedly an issue with the front axle with the brake, which we have to solve. So [it’s] a race against time at the moment in order to get upgraded parts,” Seidl revealed.

“We will make steps with modifications that we could do here in the track, which still allow us to work on the car, working on the understanding of the car as well. We could run some small upgrades on the car as well, in order to extract more performance from the package,” the German concluded.

Until then, it seems that the team will be stuck in short runs only to ensure thermal management of the brakes is under control, until the new brake ducts arrive.

Seidl also revealed that Daniel Ricciardo was on the mend and that he hoped to see him in the car tomorrow.

No afternoon running for Williams

Nicholas Latifi was supposed to do the driving in the Williams for the afternoon, after the Canadian suffered a spin as the brake ducts in the FW44 ignited causing a rear axle failure. Latifi ran only for 12 laps and was dead last in the timing screens of the morning Bahrain Friday test session.

After an hour and 15 minutes of afternoon the running, and with the Williams not making an appearance on track, they announced that they will not be running for the remainder of the day, with repair works going on the team’s car.

Repairs are underway on the FW44. We will not take part in the remainder of today’s running but look forward to hitting the track for the final day of testing here tomorrow 🙌 pic.twitter.com/T3eTjUHJ67

Alpine bring out the Red Flag, then McLaren do the same

With approximately one and half hours remaining from the afternoon session, Esteban Ocon pulled off on the side of the track at turn thirteen, the Frenchman reporting something abnormal on his A522, the team instructing him to stop the car as precautionary measure.

The car was returned to the pits and the session was resumed within ten minutes, as Alpine started checking the car, their lap counter paused at 103.

Alpine CEO Laurent Rossi reported that the stoppage was caused by a minor glitch, and he expected running to resume shortly, and Ocon was in fact running again with around 30 minutes remaining.

The session has been red-flagged as Esteban Ocon stops on track #F1Testing #F1 pic.twitter.com/Qz6HhUcbow

Not long after the track went Green, as Lando Norris was heading out on the track, he parked his MCL36 right at the pit exit, with a little over 70 minutes remaining from the PM session.

The McLaren-induced Red Flag did not last for long, less than ten minutes, and Norris was soon after in the cockpit and was out on track again with 55 minutes remaining.

Haas to run for an extra hour

With 15 minutes to go, the Red Flag was raises instead of the chequered flag, to instruct all cars to return to the pit, after which only the Haas of Kevin Magnussen would be allowed to take to the track, for an extra hour of running.

As a reminder, the American team has been allowed extra running at the end of the second and third day of testing along with an early start on the final day, so they can compensate for missing the morning testing session on Thursday, which was caused by the delay in the team’s cargo, something Haas argued as Force Majeure.

Everyone has returned to their garages but Kevin’s got another 55 minutes to play out 😊#HaasF1 #F1Testing pic.twitter.com/MnJibqW6jr 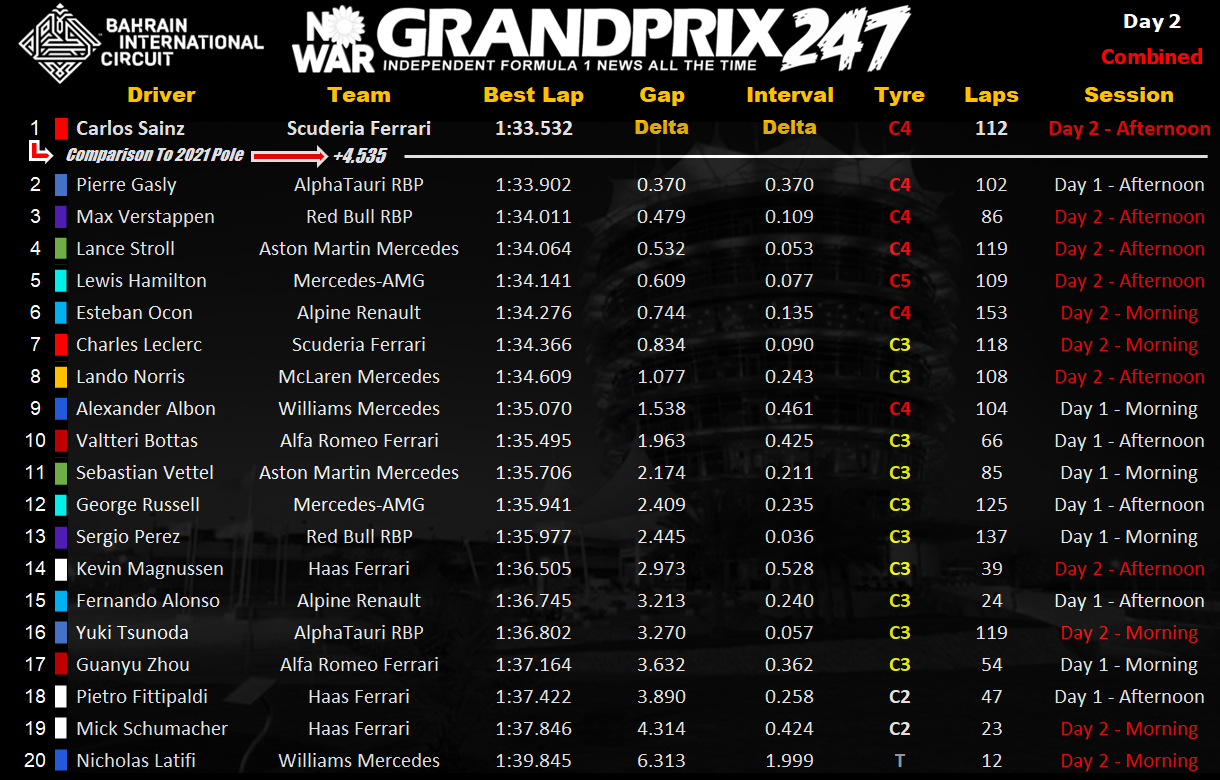