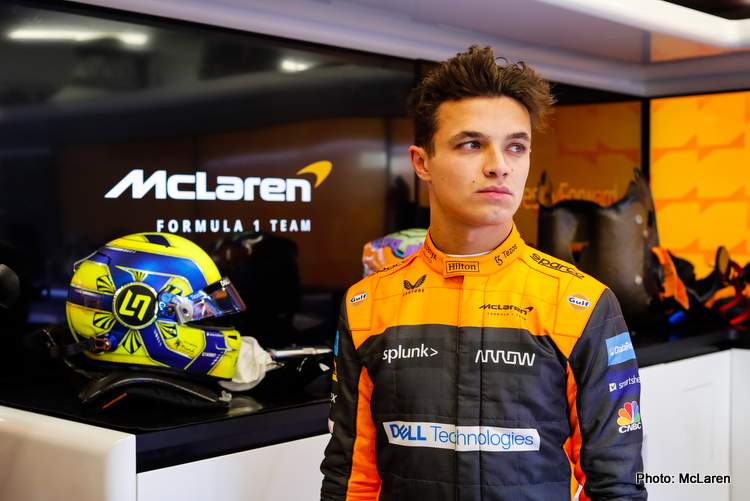 Lando Norris and McLaren had an impressive Formula 1 test in Barcelona, the Briton topping the time screens on Day 1, but he warned that Mercedes will have the edge, as they never tend to look good in testing.

And that seemed to be the case, as despite Ferrari and McLaren taking turns at the top of the time screens, it was Mercedes that fired a warning shot on the final day, with Lewis Hamilton setting the fastest time of the test following closely by his teammate George Russell, second fastest.

So does that mean Mercedes are in a league of their own? And can McLaren take the fight to them this year? After all the Woking squad has been on an upward trajectory recently, and even won a race in 2021, the Italian Grand Prix courtesy of Daniel Ricciardo who lead Norris home in second.

McLaren in a decent position

Commenting on Barcelona, and the pecking order, Norris said: “I think everyone’s worked on their own programmes and so on. Of course, everyone has different fuel loads and power modes and whatever.

“We can see a picture,” he went on. “I think we are in a decent position. But then Ferrari have looked very good since day one.

“They’ve been at the top of the timesheets every single time and [their] long-run pace looks good. So Ferrari look very, very strong,” the Briton warned.

Norris added that the big F1 two from last year might have been joined by another two, namely Ferrari and McLaren, the pair squabbling on third place in the Constructors in 2021, Ferrari taking it.

“Mercedes and Red Bull are right there with us [McLaren and Ferrari] and, if anything, I’d say a little bit ahead of the moment,” he admitted.

“I feel like we have a lot of work to do as a team if you want to be fighting with them [Ferrari and Mercedes], but that’s expected, I would say.

“I think we can feel good about ourselves with the car we bought to the track so far this season. I think we just [need to] be clear [that] there are so many things for us to improve on to be at the level there,” the 24-year-old maintained.

Norris who is embarking on his fourth season as a McLaren driver, signed a contract extension with the team back in February, which will see him racing in Papaya until the end of 2025 while bagging over $ 100-million in the process.