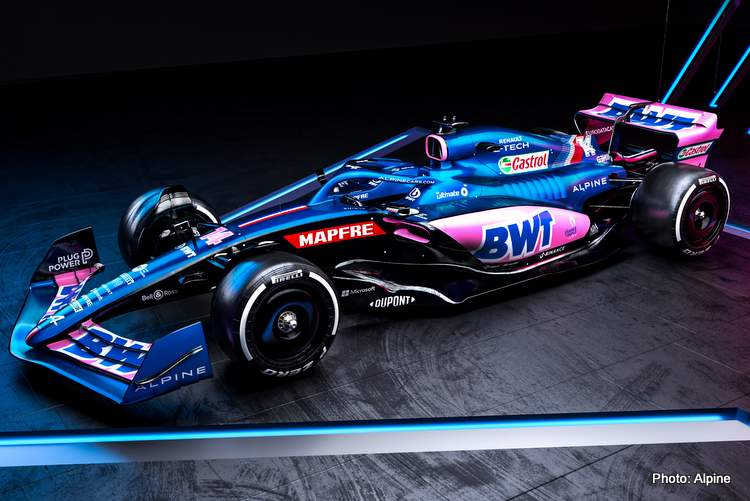 BWT Alpine F1 Team revealed their 2022 Formula 1 car, the A522, today ahead of the first pre-season test of the season scheduled on Wednesday, February 23, at the Circuit de Barcelona-Catalunya.

With Alfa Romeo planning a 2022 F1 car launch on February 27, after the first pre-season test in Barcelona between February 23 and 25, Alpine is the last team to reveal their car ahead of the first test session of the season.

The French outfit have had a hectic winter, not only busy building their new car, but with major housekeeping being done, as Executive Director Marcin Budkwosky left the team, along with the team’s advisor and director of the board, four time F1 Champion Alain Prost, as Pat Fry was promoted to Chief Technical Officer.

The major announcement was the arrival of Otmar Szafanuer from Aston Martin to become Alpine’s team principal, as BWT, previously Aston Martin’s sponsor becoming the title sponsor of the French team.

The team will not have any changes on the drivers’ front however, with double champion Fernando Alonso and Frenchman Esteban Ocon leading the charge for the Enstone-based outfit.

The 2021 season was somehow a decent one for Alpine as they team bagged an unexpected win in Hungary courtesy of Ocon, while Alonso took a well deserved podium at the 2021 Qatar Grand Prix, the team thus securing fifth place in the 2021 Constructors’ Championship.

With a new structure now set in place, and a new set of regulations coming into effect this season, it remains to be seen whether Alpine will finally begin its ascent from a midfield team to mix it up with the front runners on the F1 grid.

Furthermore, with the planned power-unit freeze from this season and up until the new power-unit regulations kick in in 2026, would the latest product from Viry-Chatillon be good from the get-go?

Fernando Alonso and Esteban Ocon are excited about their new ride 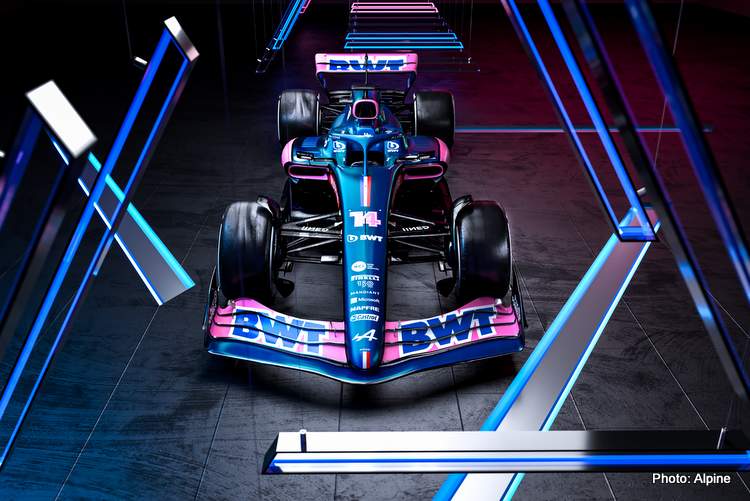 Fernando Alonso, BWT Alpine F1 Team driver: “It’s good to be back and I’ve been working hard to be ready for the new season. The build-up has been a long time coming after the rule change was delayed due to the pandemic.

“The car looks fantastic with the new regulations in place and I like the new livery. We have a new engine and we’re confident we had a good development in place for this new generation of car. We won’t know where everyone stands until Bahrain, but we’re excited to take the car for its first spin in testing this week.

“I hope the new regulations have worked and we get more exciting wheel to wheel racing this year.”

“It’s always a privilege to drive a new Formula 1 car for the first time as you know all the hard work that has gone on behind the scenes at both factories in Enstone and Viry from all of the many talented people working in the different departments there.

“That feeling and responsibility is truly unique and very special. I feel prepared, I feel ready physically, so let’s hit the track and see what we’ve got in our hands this year!”

BWT Alpine F1 Team, a word from the management 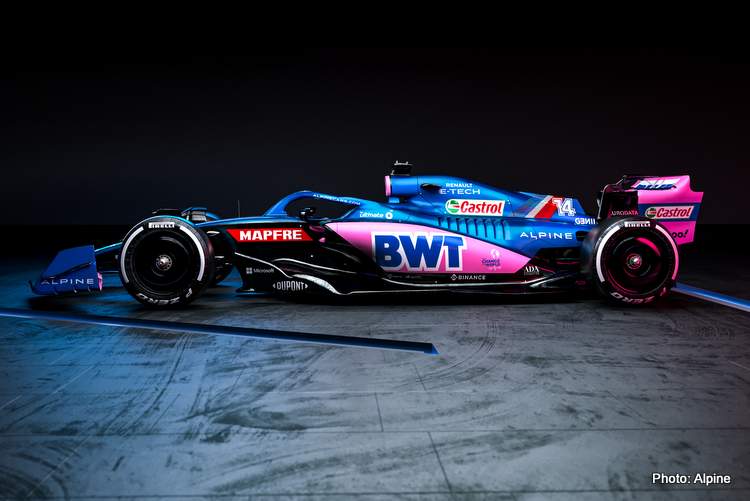 Otmar Szafnaur, BWT Alpine F1 Team Principal: “I know just how good this team is, and indeed how good it can become. The personnel on board, and both drivers are so strong, and I am excited to get down to business.”

Laurent Rossi, CEO, Alpine: “It’s with great pleasure that we launch our A522 to the world today, marking the next chapter in Alpine’s Formula 1 journey.

“We are proud racers and have poured the essence of Alpine’s racing heritage and passion into this new generation of car. We have a clear plan and vision in place at Alpine and we have some of the best people in the business to help drive us forward and realise our ambitions.

“Our team is stronger now and, we hope, future-proof. Our driver line-up is the perfect recipe to help deliver the results we want to achieve on track. In 2022, we want to show constant progress with comprehensive developments across all sites to ensure we are contenders for the title in the future.

“We are going in the right direction and we want to carry on our climb to the summit.”

Finally, Alpine presented a special livery for the first two races of the season in Bahrain and Saudi Arabia on March 20 and 27 respectively.

One more thing… 😏 Why have one livery, when you can have ✌️ Introducing our BWT season opener spec livery.#A522Launch pic.twitter.com/demeoTcqvu