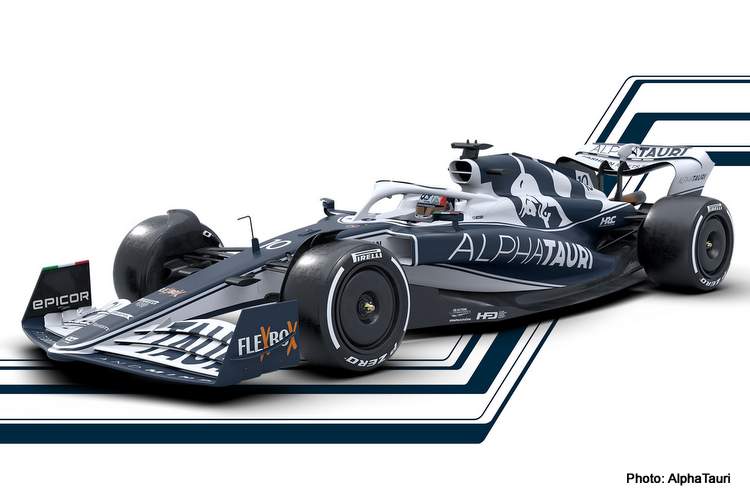 Scuderia AlphaTauri F1 Team chose valentine’s day to reveal their labour of love, their AT03, the Formula 1 car with which they will go racing in 2022.

The AT03 became the third F1 car to leave the factory at Faenza, Italy, since the the team was rebranded from Toro Rosso to AlphaTauri ahead of the 2020 F1 season.

The 2022 car’s predecessor – the 2021 AT02 – was a handy piece if kit, especially in qualifying while in the hands of  Frenchman Pierre Gasly, who has been impressive breaking into Q3 on 17 occasions, but races were difficult for the team as their car lacked proper race pace.

The new car, built to the sport’s 2022 new regulations, will be a fresh start for the Red Bull junior team, who will retain their driver lineup this year which features, along with Gasly, Japanese young driver Yuki Tsunoda, whos is entering his second season with the outfit.

Tsunoda showed flashes of speed in his rookie season, but lacked consistency, his errors aplenty, and will be looking to have a better 2022 season, with his impressive teammate being a proper yardstick of his own performance.

AlphaTauri gave their drivers the chance to run their 2020 car, the AT01, over three days at Imola back in January, to shake off the rust after the winter off season.

The team finished the 2021 season sixth in the Constructors’ Standings with 142 points on the board, with Gasly delivering a third place finish for the team in Baku, while Tsunoda’s best result was fourth at the Abu Dhabi Grand Prix. 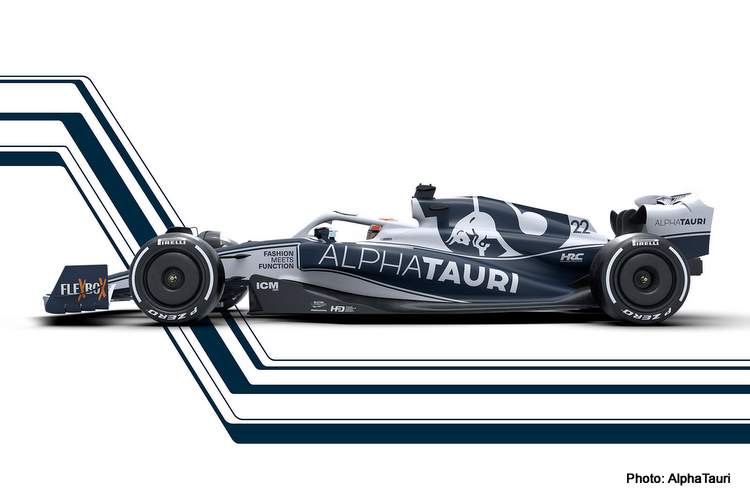 Speaking the launch, Pierre Gasly said: “This year sees a huge change to the car as, due to the new regulations, the look and design is completely different, so the team has had to start from a clean sheet of paper.

“We won’t know the true performance of the AT03 until we get it out on track at pre-season testing in Barcelona but so far, I think it looks great and I am very excited to get this new season started!” he concluded.

His teammate, Yuki Tsunoda added: “It really does look great. Of course we’ve not seen the real car on track yet, but the new shape and design are really cool, and I think the livery suits it really well and I hope everyone enjoys the launch video.”

A world from the Management 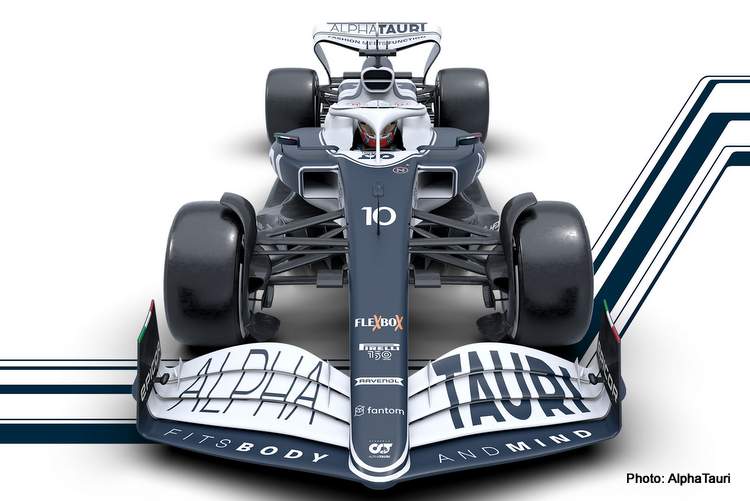 Franz Tost, Scuderia AlphaTauri Team Principal, said: “I am excited to finally reveal what our 2022 Formula 1 car will look like. It is a completely new era for F1 and we hope that this package will be very strong, following last year’s success.

“Once again, we have worked closely with AlphaTauri to launch our new car and I think we’ve managed to deliver something very special,” he concluded.

introducing the AT03 💙 the Style of a New Era is here! 🔥 pic.twitter.com/FBmqzx6ggE