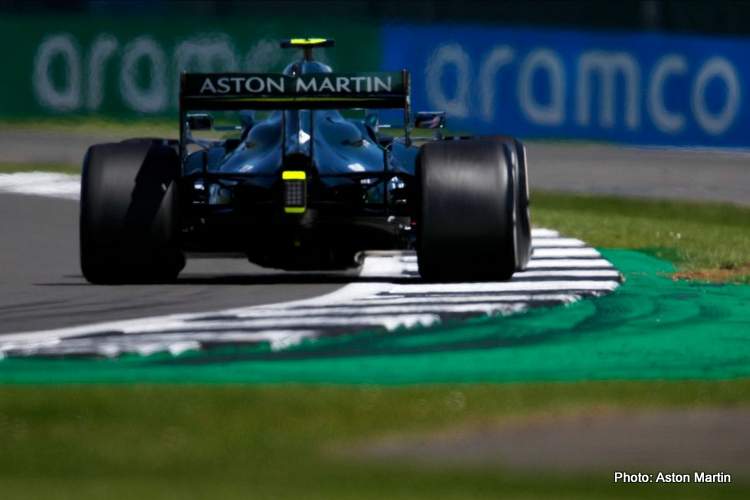 Aston Martin has signed a long term partnership with Saudi Arabian state-owned energy giant Aramco, the Formula 1 team said on Thursday, in a move it hopes will aid its ambition of winning races and championships.

Aramco, already a major F1 sponsor whose branding appears on trackside signage, will work with Aston Martin to help the team meet F1’s target for cars to be powered wholly by sustainable fuels by 2025 and develop more efficient hybrid engines in motorsport.

The partnership will also involve the development and commercialisation of fuel-efficient engine technologies for road cars, advanced lubricants and the deployment of non-metallic materials in vehicles, the team said in a statement.

A new name for Aston Martin

The team will be renamed Aston Martin Aramco Cognizant Formula One Team.

“We are in the sport to win…” said Aston Martin chairman and Canadian billionaire Lawrence Stroll, in a statement.

“So I am delighted to welcome an incredible partner of the stature of Aramco … which I know will greatly assist our team to achieve our goals of winning Formula One world championships.”

Stroll bought the team out of administration in 2018 when they were known as Force India and rebranded them Aston Martin last year.

The team finished seventh in the standings in 2021 but have big ambitions for the future.

They are also building a new factory and have hired top names from other teams.

“Winning in Formula 1 is all about assembling and managing the right ingredients in the optimal way,” said Whitmarsh in Thursday’s statement.

“Aramco is an innovative company whose ultra high-tech expertise will make a very real and hugely valuable contribution to improving the performance of, and delivering the future success of, Aston Martin Aramco Cognizant Formula One Team.”

Aramco signed a global long-term deal with Formula 1 in 2020, while Saudi Arabia hosted its first grand prix around the streets of Jeddah last year.

The Aston Martin deal further boosts the country’s profile on the motorsport stage, with the Gulf kingdom already hosting the Formula E championship and the Dakar Rally.

Formula 1  is aiming to achieve a net zero-carbon footprint by 2030, and is moving towards 100% sustainable fuels.

Aramco chief technology officer Ahmad Al Khowaiter said: “With our combined expertise we have the potential to improve engine performance and reduce emissions, helping lower the carbon footprint of the sport and, eventually, the automotive industry.”

Thursday also saw McLaren announce the extension of the its deal with long-term sponsor AkzoNobel. McLaren said that the extension will be for multiple years.

AkzoNobel will continue to create and develop paint technology for the McLaren Formula 1 team, using products and technologies to support McLaren’s performance while driving innovation in other industries.

As a Sustainability Partner, AkzoNobel will now expand its collaboration with McLaren to explore new possibilities in the areas of sustainability, technical innovation and product development.

Matt Dennington, Director of Partnerships, McLaren Racing, said: “It’s fantastic to extend and expand our partnership with AkzoNobel. We’re looking forward to taking this innovative and long-running relationship into a new chapter, taking a more integrated approach to development that will see AkzoNobel support us on our mission to become a more sustainable team.”

Patrick Bourguignon, Director of Automotive and Speciality Coatings, AkzoNobel, said:”We’re incredibly proud and excited to be enhancing our relationship with such a long-standing and valued partner so that we can achieve more together. Our shared focus on outstanding performance and pioneering innovation will help to propel us both forward and add a new dimension to our formula for success.

“We’re also looking forward to incorporating our People. Planet. Paint. Approach as we strive to play an active role in McLaren Racing’s sustainability journey. It’s all about building on the amazing success we’ve had so far and shaping the partnership for the future.”

We’re pleased to be announcing a multi-year extension to our long-standing partnership with paint and coatings partner @AkzoNobel.

The partnership will now expand to see AkzoNobel become a Sustainability Partner of McLaren Racing. 🤝♻️

The American outfit announced in Thursday as well a new sponsor in the form of Dutch workwear company Tricorp on a multi-year deal.

Uralkali Haas F1 Team is delighted to announce a multi-year partnership with Tricorp Workwear – the leading workwear brand in The Netherlands – ahead of the 2022 FIA Formula 1 World Championship.

Tricorp Workwear, as the Official Team Kit Supplier of Uralkali Haas F1 Team, will provide a versatile and sustainably minded team kit to drivers Nikita Mazepin and Mick Schumacher, as well as staff, enabling the team to look and perform at their best during a new era of racing starting in 2022.

Fans will be able to show their support for Uralkali Haas F1 Team – whether at races or cheering from home – with the collaboration spanning across fanwear on-site at events and online. Uralkali Haas F1 Esports will also be showcasing Tricorp Workwear apparel across competitions.

No stranger to motorsport, Tricorp Workwear has clothed teams across various series as well as in soccer and ice hockey. Now, Uralkali Haas F1 Team has brought the Dutch market leader into Formula 1 for the first time, with a focus on highlighting sustainability, quality and comfort.

“I’m pleased to introduce Tricorp Workwear as an official partner of Uralkali Haas F1 Team,” noted Guenther Steiner, Team Principal of Uralkali Haas F1 Team. “This season is set to be the longest in the history of Formula 1 – with 23 races – hence it’s crucial that our team feels that they have the most comfortable and hardwearing workwear possible to go out and achieve great things on track. With their sustainability credentials and forward-thinking approach to clothing, I’m excited to see our collaboration grow through multiple years.”

“We are very honored to announce that we are the new partner of the Uralkali Haas F1 Team as their preferred supplier of teamwear and merchandise,” commented Gertjan van Eck, owner of Tricorp Workwear. “Uralkali Haas F1 Team and Tricorp Workwear both have a strong heritage, forward-looking spirit and winner’s mentality. We are proud to be able to positively influence the overall Uralkali Haas F1 Team performances by providing sustainable, high-quality workwear. We are now looking forward to our entry into the prestigious world of Formula 1 and are excited to present our collections to the fans. Look like a team, work like a team.”

Haas are set to reveal their 2022 livery today.