Allison: 2022 regulations dwarf anything else I’ve ever seen 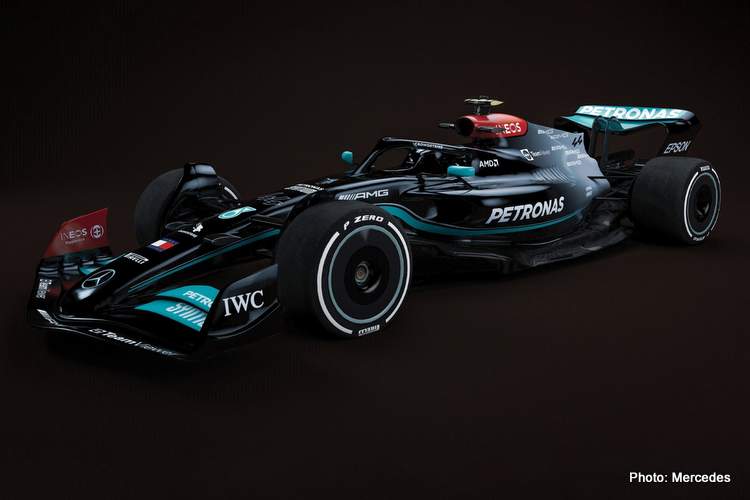 Mercedes’ Technical Director James Allison believes that the new Formula 1 regulations for the 2022 season are so significant that they dwarf anything else he has ever seen over his career.

The Mercedes technical boss was speaking in a Youtube video on the team’s channel regarding the new regulations, insisting that the changes are huge, more than anyone could imagine.

“It’s easy to forget sometimes just what a massive set of regulation changes, these 2022 rules represent, Allison said. “I’ve been working in the sport for over 30 years, and they dwarf anything else I’ve ever seen.

“The ruleset is not only enormous, the regulations are about twice, twice the size of what’s preceded them. But they’re all almost entirely different from what came before them.

“And that has meant that we’ve had to reinvent the car, tip to toe,” the Briton revealed.

“And even the engine, one of the things that is less touched by the regulations, the many. Even there, the engine has to be or the power unit has to be prepared, so that it can be frozen for three years, all the goodness that you can possibly pack into it, has to be packed into it now or forever hold your piece, because after that changes will be very, very difficult to make real,” Allison explained.

The former Ferrari technical director went on on explain the challenges they faced as they tried to interpret the new regulations and try to come up with the best solutions, something they relished and enjoyed as a team.

“It has been incredibly hard, incredibly hard, very, very challenging, and long to get our heads around this, and to try to figure out what the best response is to these regulations, and where the opportunity is to be found, in order to put a car on the track,” he said.

“But we only want to be at the front of it,” Allison went on. “And that will be true for every team on the grid. So we approach a regulation set like this, not with a view of of whether or not it will deliver on its objective, we just take the regulations as they’re written, and try to figure out how to make the car as fast as we possibly can.

“And when the regulations change in such large measure, as these ones, well, then we approach that with all the fun and relish that that challenge deserves, because our job is to look for technical opportunity and regulations, and then use our combined wit and skill and all the effort that we make collectively, to try to find a configuration of car that will be better than anyone else’s approach to it.

“And when everything is as new as this, then everywhere you look, in that regulation set twice as thick as the old one, there’s opportunity,” the tech boss insisted.

Who will be fast? Who won’t?

All the F1 teams are looking at the 2022 regulations revamp as chance to make their break to the front of the grid, but there will be some who got their sums right and others wrong.

“And we’ll all get to find out together at the start of this season in the races that unfold from there exactly how that shakes out.

“I would imagine, given that the cars are so new and so different, that one or two cars on the grid will have got it really badly wrong, and that they will have a terribly painful year,” the 53-year-old warned.

“I would imagine that all of us to some degree will have left things on the table that we just didn’t anticipate. And we will look at other cars and think oh, why didn’t we think of that? And then we’ll be scrambling around to try and get that idea onto our car as fast as possible so that we can claw our way from whatever position we land in that first race so that we can claw our way forwards or if we’re lucky enough to be in front to keep the attacking wolves behind us.

“It’s going to be quite a rush and, and definitely something that’s going to keep us all from having too much sleep for the whole of the season,” Allison concluded.

Mercedes who returned to F1 as a works team back in 2010 after 55 years, with Legend Michael Schumacher spearheading the project from the cockpit, will be gunning for a ninth consecutive Constructors’ Title when the new season starts in March in Bahrain.

And the rest is history… 😉 pic.twitter.com/mGWEkAv39U