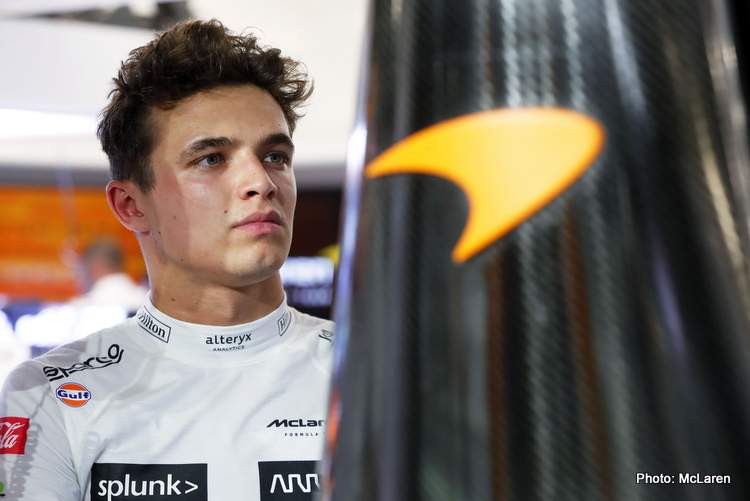 Lando Norris has been open in discussing mental health issues, starting from his own experience in Formula 1, and expressed his happiness that more people are now speaking about mental health.

Norris has previously spoken out about the mental struggles he had, especially in his debut season in F1 in 2019, where he felt many times that he wasn’t “good enough” to be racing in top flight.

Speaking to F1’s official website last season about the topic, Norris explained his inclination to speak publicly about this matter.

“So first of all I’m very happy, I’m proud to be part of that group of people who have accepted it and are happy and confident to speak out about it,” Norris went on.

“And I think one of the biggest things which allowed me or made me think it’s a very good thing to speak out about it is my fans, my followers.

“It’s basically when I would hint at it, for example the first few times, before I was speaking about it publicly, a few of them saying it’s helping them or the impact it had on them – and over time raising the impact I can have on those thousands of people is huge,” the 22-year-old explained.

Norris has been active with Mind, a mental health charity McLaren have been working with, and even designed a T-shirt for them ahead of the 2021 Turkish GP that coincided with the World Mental Health Day, and the young Briton has channeled strength from his followers in social media who have inspired him to push on with public discussion of mental health problems.

“When I started to get messages of me helping them out or making them feel much better or their friends or family or whatever, that’s like a pretty amazing thing to see how much you can help some other people,” he said.

“So the more I saw that, the more I really realised the impact I can have and the place I am in Formula 1, in my life with the followers I have, with the fanbase I have…

“So therefore I thought it better to speak about it more publicly, and worldwide and so on, and try and help as many people as possible,” Norris concluded.

Norris will begin his fourth full season in F1 at the 2022 season opener in Bahrain in March, having finished the previous season sixth in the Drivers’ Standings, scoring one pole position at the Russian GP, with his best result being second at the Italian GP where his teammate Daniel Ricciardo won for McLaren.