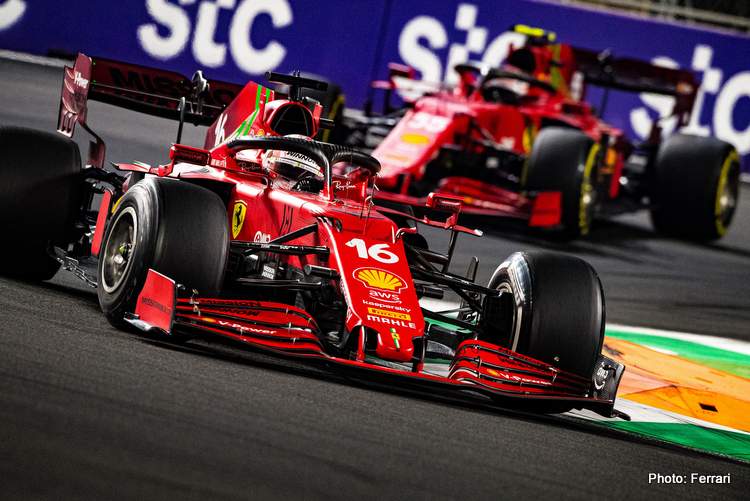 Ferrari became the second team after Aston Martin to announce the date to reveal their new Formula 1 car for the 2022 season.

The Scuderia announced today that their new car, with which the team will contest the 2022 F1 season, will be revealed on February 17, ahead of the first pre-season test in Barcelona.

The team has been upbeat about their chances in 2022 after suffering a horrid season in 2020, with some improvement in the 2021 F1 season as they took third in the Constructors’ Championship, beating rivals McLaren.

Ferrari have been adamant that they were not putting too much energy into the 2021 season with the focus being on their 2022 campaign being a priority, as they aim to make a breakthrough under the new era of regulations that will feature radically revised F1 cars with focus on generating downforce from ground effect with 18″ low profile tyres making their debut for the first time in the history of the sport.

Ferrari are hoping that the latest challenger to leave the factory at Maranello will put the team on the right track as they bid to return to their winning ways at the front of the grid, with team boss Mattia Binotto claiming that the team has been very innovative with the new car.

Ferrari has recently revealed its new structure under new CEO Benedetto Vigna, that saw Binotto remain as team principal for the F1 team, with a team’s statement saying: “The new organizational structure will further foster innovation, optimise processes and increase collaboration both internally and with partners.”

The team will contest the 2022 F1 season with Charles Leclerc and Carlos Sainz at the wheel, as Sainz enters his second season in Red having delivered an impressive debut year in 2021 beating his highly rated teammate Leclerc in the drivers standings, finishing fifth overall in the Drivers’ Standings compared to the Monegasque’s seventh, and achieving four podiums on the way.

The team are yet to confirm the name of their 2022 Red racing machine, with speculation that the name will pay tribute the teams 75th anniversary.

One month to go…