Yamamoto: I expect Honda will come back to F1 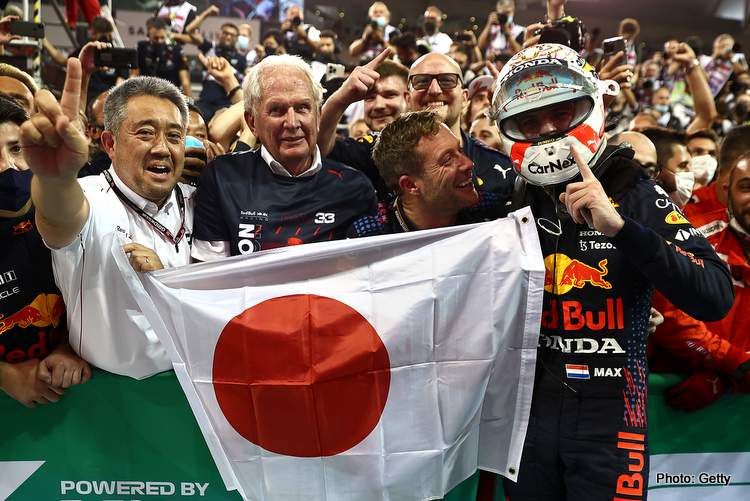 Honda left Formula 1 at the end of the 2021 season, having powered Max Verstappen to his maiden Drivers’ Title, but their motorsport boss Masashi Yamamoto expects the Japanese manufacturer to return to the sport some time in the future.

Honda have called it time on their F1 journey at the end of 2021, but it is not the first time they have done so, neither will it be the last time if Yamamoto’s claims turn out to be true.

However they leave on a high, as they have played an important role in helping Red Bull and Max Verstappen secure the Dutchman’s first ever F1 Drivers’ Crown.

Honda in and out of F1

Honda has been in and out of F1 numerous times now, with their first involvement being in the 1960’s as a constructor (1964-1968) before pulling out and re-joining the sport between 1983 and 1992 as engine suppliers to various teams such as Spirit, Williams, Lotus and most famously McLaren with whom they dominated between 1988 and 1991.

They left F1 again at the end of 1991 to re-emerge as a constructor in 2006 for three years (up to the end of the 2008), when they pulled out again due to the global economic crisis at the time, as their team principal back then Ross Brawn took over the team and renamed it Brawn GP for the 2009 F1 season, going on to win both titles that year, before Mercedes bought the team from 2010 onwards, rebuilding it into the juggernaut that dominated F1 ever since the beginning of the turbo-hybrid era in 2014.

McLaren’s Ron Dennis lured Honda back into F1 in 2015, with both parties hoping to recreate the success they previously enjoyed, but that didn’t materialize as they spent three barren seasons together, with a woefully down-on-power and unreliable Honda power-unit, and mediocre chassis from Woking leading to a divorce in 2017, after which Honda joined the Red Bull camp in 2018 with Toro Rosso and then Red Bull in 2019 after that.

The Red Bull-Honda relationship grew from strength to strength and culminated with Verstappen’s 2021 title triumph.

Asked by F1’s official website if another return was on the cards, Yamamoto said: “Personally I hope and expect Honda will come back to Formula 1.

“It depends on young people in Honda being passionate about motorsport and if they can convince senior management to come back. But history repeats, so I hope it can happen.”

Speaking of the challenges Honda operated under during the past few years, with Covid-19 raging all over the world, the Japanese said: “Even while having to deal with logistical difficulties, partly down to the Covid-19 pandemic, in this our last season, we have been fighting with very strong rivals and we came out on top of the Formula 1 world.

“This is due to all the hard work from all our engineers and mechanics, not just those at the racetrack. They never gave up, even in the most difficult times, and made numerous technological breakthroughs along the way.

“We were able to prove the validity and effectiveness of our technology and the abilities of our workforce,” he went on. “Of course, we could not have achieved these results without the major role played by our great partners, Red Bull Racing with whom we won the title and also Scuderia AlphaTauri, who welcomed us with an open mind, allowing us to move forward together after a difficult three years.

Despite their difficult relationship, Yamamoto gave McLaren credit saying: “We should not forget McLaren, with whom this era started back in 2015 and all the drivers who have worked with us, always putting maximum effort into achieving the best possible results.”

The Honda boss claimed that towards the end of their latest F1 tenure, the Japanese power unit bolted to the Red Bull and AlphaTauri F1 cars, was “almost equal to Mercedes”, which Verstappen’s and Red Bull’s 2021 F1 campaign proved accurate.

“We can say this project has been a success as we leave the sport having helped Max Verstappen win the Drivers’ World Championship,” Yamamoto concluded.

Despite leaving the sport officially at the end of 2021, Honda have provided the power unit with which Red Bull and AlphaTauri will race in 2022, with some Honda staff staying on a consultancy role with Red Bull Powertrains – the company Red Bull founded to handle the power-unit side of their F1 operations – for the medium term.