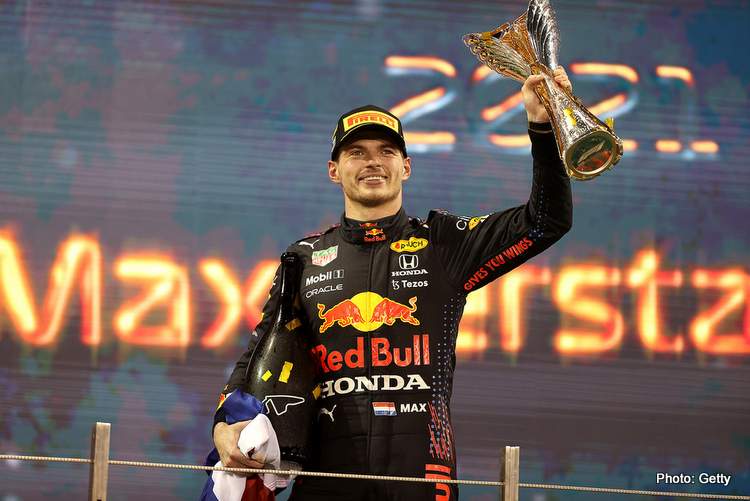 Formula 1 world champion Max Verstappen and streaming service Viaplay have agreed on a lucrative content deal that will provide subscribers exclusive access to his life on and off the track.

As part of the deal, Viaplay subscribers across all territories will have access to exclusive documentary programming detailing Verstappen’s on and off-track life.

Nordic Entertainment (Nent) Group-owned Viaplay is set to launch in the Netherlands on 1 March 2022 after securing a three-year deal to air F1 at a cost of €90-million.

Nent is making a big push with F1 programming hence teaming up for exclusive behind-the-scenes material with Verstappen who is a big drawcard, particularly in Holland where Max-Mania is in full swing, since he claimed his first F1 title last year in Abu Dhabi.

Verstappen: It will be great to work with Viaplay’s pros David Coulthard, Mika Häkkinen and Tom Kristensen

In addition to becoming a key marketing asset for Viaplay in the Netherlands, Verstappen will be an ambassador for the platform in their licensed markets, including Denmark, Estonia, Iceland, Latvia, Lithuania, Norway and Sweden. Poland joins them from 2023.

Max said of the new deal: “I am really looking forward to this exciting partnership with Viaplay, as our ambitions to be the best in our fields match each other.

“It will be great to work with Viaplay’s professional on-site reporters like David Coulthard, Mika Häkkinen and Tom Kristensen. I’m sure their experience as former top drivers will be a great asset.

“Viaplay might be new to the Dutch viewers but is a proven international online video streaming service. It is amazing that I will be able to reach lots of fans with the unique content that we are going to create together,” explained Verstappen.

Viaplay: We look forward to working closely with this talented and charismatic superstar

“We are a world leader in streaming sports, where we are well on our way to showing more than 100,000 live hours every year from an unmatched rights portfolio, while Max’s thrilling skills have taken him to the top as the 34th world drivers’ champion.

“We’re both ready to accelerate even further. We look forward to working closely with this talented and charismatic superstar,” added Jensen.

While details of the deal between Viaplay and Verstappen are not public, it is expected the Red Bull driver will pocket “a lucrative retainer and have a share in sales attributed to his presence on the platform” revealed a source connected to the deal.

According to the Celebrity Net Worth website, Verstappen’s net worth at the end of 2021, before he became 2021 F1 World Champion was $60-million.