Red Bull and Mercedes on back-foot ahead of 2022? 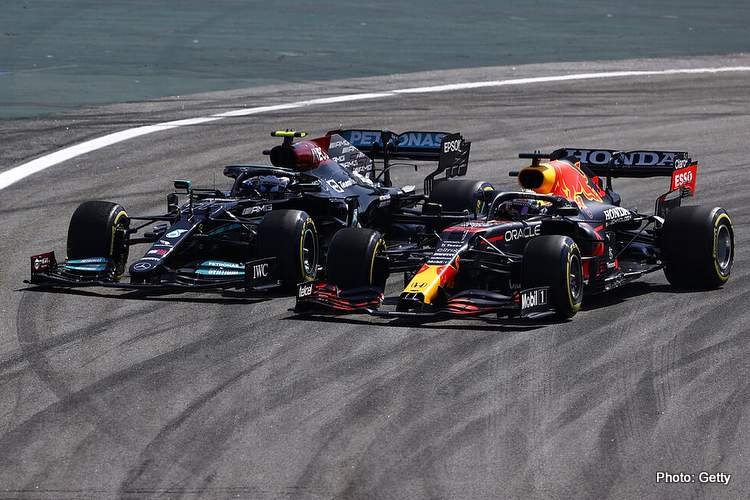 The 2021 Formula 1 World Championship battle was fought by Red Bull and Mercedes until the very last lap of a mammoth 22-race season, both teams committing huge resources and time to their respective efforts.

Has this inevitable commitment and load compromised F1’s top two teams for the start of the 2022 campaign? Battle fatigue?

The new F1 rules package, which was delayed 12-months, is a reality this year with all F1 teams working hard behind the scenes to make their respective projects happen. Most dedicated to the task for the greater part of last year, most also stopping development on their 2021 car early.

But for Red Bull and Mercedes, they simply had to focus on the all-encompassing title battle that seesawed throughout an epic season. The relentless exposure on two fronts – the title and the new car – may have impacted the sport’s big two teams.

Team boss Toto Wolff does not deny his Mercedes team may be on the back-foot even before the new rules kick in: “It’s pretty possible teams who didn’t compete for the world championship last year will be in the mix. Be it Ferrari, McLaren, Aston Martin or Alpine, come up with intelligent concepts based on more runs than anybody else and just do it very right.

“We can expect closer fighting for the championships and in races than we have had before, and that’s exciting,” added Wolff.

His Red Bull sparring partner, Christian Horner is wary of what their rivals may unleash and agrees that the intensity of the 2021 title battle may bite back: “When Ferrari turn up with the fastest car and smash us out of the park at the first race, then you’ll have to say that it probably did.

“We’ve all known that big regulation changes were coming for 2022, and we’ve applied our resources accordingly. I’m sure each team has done what they feel is right, but, of course, the battle with Mercedes put pressure on the organization,” admitted Horner.

In contrast to the contenders, last season for Ferrari was marking time as they were full steam ahead at Maranello on this year’s project. And a very important one for the sport’s most successful team.

It is hard to see Tifosi countenancing another decade of underachievement by their Scuderia, hence pressure is on Mattia Binotto and his team to be contenders out-of-the-box, when they hit the track for testing in Barcelona, 23 to 25 February.

From sixth in the 2020 F1 Constructors to third in 2021 is solid progress, but Ferrari were still Formula 1.5, only Best of the Rest compared to the Mercs and the Bulls. Hence the focus on 2022 has been long-going at Maranello.

Ferrari sporting boss Laurent Mekies said of the season ahead: “As much as we would like it to be a turning point for us, it is the case for anybody that has not fought for a win. They will think the same, so we are conscious of that side of the challenge.

“In terms of changing the pecking order, this may happen. I am not saying it will be turned upside down, but a few times when we have had a big change in the regulations in the past, it has changed cycles,” added the Ferrari man.

At the very bottom of the F1 fish tank, Haas hope that the biggest impact of the new rules package is felt by small teams like themselves when the budget cap really kicks in.

A narrower gap between the haves and the have-nots is what Haas team principal Guenther Steiner is hoping for: “I’m cautiously confident we will be in a better position. Hopefully in the midfield fighting for points next year.”

From a driver perspective, Valtteri Bottas swaps from the superpower that is Mercedes to relative minnows Alfa Romeo (aka Sauber) ending a five-year spell with the German team, in which they were F1 constructors’ champions in all those five years.

This season things could be very different, but not all negative as the Finn explained: “The beauty of the new regulations is that anything is possible. I don’t think [Alfa Romeo] will be fighting for wins next year like Mercedes.

Development is going to be absolutely key in 2022

“However being in the points consistently in the first year with the team, that is possible. There are so many variables and so many things that will eventually affect how it will be,” predicted Bottas, who was replaced by George Russell at Mercedes this year.

Despite moving from backmarkers Williams to the serial winners, Russell is cautious ahead of his biggest F1 season yet: “A team like Ferrari, that have been through a difficult period for the last two years, are going to be so hungry.

“Especially with this new rule change, they’ll want to come back fighting, similar to McLaren as well. These teams have got the infrastructure, the talent within the engineering department, with the drivers as well, to really fight.