Marko: Honda yet to recover power lost due to 2022 fuel 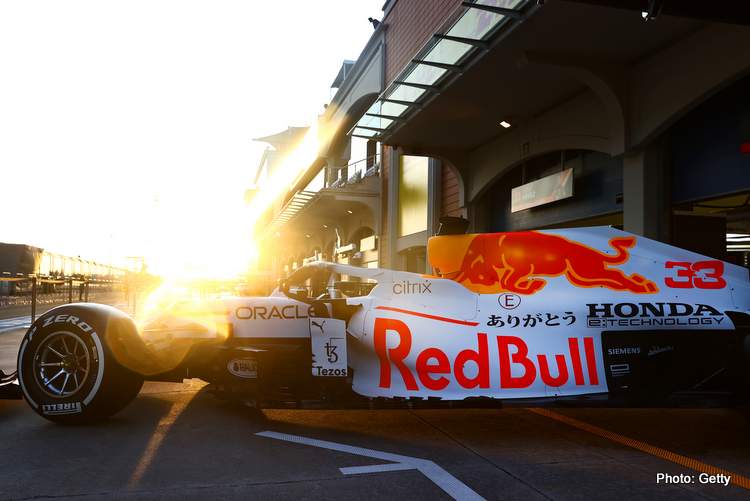 The 2022 Formula 1 season will feature a new fuel mixture, the E10, expected to reduce the power extracted from the engines, with Helmut Marko admitting that Honda are yet to recover the lost power.

The new aero regulations, and the 18″ tyres are not the only changes introduced into F1 for the upcoming season, with a new fuel mixture being introduced as part of the sport’s push for sustainability.

The new fuel mixture, called the E10 will feature a 90% fossil fuel ratio to 10% Ethanol, and will replace the previously used E5 mixture.

Despite the E10 being a step forward in terms of sustainability, it means a step backwards in terms of power, as it has been estimated that it will bring about an estimated 20 horsepower loss in the Internal Combustion Engine’s power levels for the F1 cars in 2022.

Honda, who powered Max Verstappen to his maiden F1 Title in 2021, have announced that they won’t remain in F1 from 2022 onwards, with Red Bull reacting by setting up their own engine operations called “Red Bull Powertrains”.

The Japanese company, however, is still helping Red Bull with the 2022 engine, and are expected to remain in an advisory/consulting role in the medium-term future with the Milton Keynes, until the outfit is ready to take full control of the power unit part of their operations, or until they find a new partner with reports linking them to a future collaboration with Porsche.

A report by Motorsport Italy claims that Ferrari, working with their fuel partner Shell, have already managed to recover the lost power.

Not the same can be said of Honda, who are still working on recovering the lost power, something Red Bull’s consultant Dr. Helmut Marko confirmed in the interview with Auto Motor und Sport previewing the upcoming F1 season.

“Honda is working massively to adapt,” he revealed. “What I hear is positive. But the performance is not yet the same as 2021, but you’ll generally have to wait and see how it looks in race trim.”

Marko predicts another duel with Mercedes

With Red Bull’s Verstappen beating Mercedes’ Lewis Hamilton to the F1 Drivers’ Crown in 2021 after a season-long bitter and controversial fight between the two aces and their respective teams, Marko set the target for 2022.

“The declared goal is the world championship title,” he insisted, while admitting that: “With such a big rule change, you can never be sure.

“Mercedes and we have the potential, the people and the continuity. That again speaks for a duel at the highest level. Especially since with Hamilton and Verstappen, no other driver is coming along,” the Austrian said, picking out his top two drivers currently in F1.

“The closest thing to keep up is Norris,” he pointed out. “Leclerc was disenchanted by Sainz, so to speak. Russell will certainly be a greater challenge for Hamilton. Just rhetorically and politically, because he’s also English. He’s an incredibly fast driver in qualifying.

“In the race, however, the gap to Latifi was no longer so great. That’s where Russell has to prove himself first,” Marko warned.

With the new cars expected to be more difficult to drive, the 78-year-old from Graz has no concerns on how his star driver would fare, saying: “Max doesn’t need any start-up time. He’s always fast right away.”

As for the the RB18, Red Bull’s 2022 challenger, Marko revealed it is on schedule, despite the team’s technical guru Adrian Newey being famous for pushing the development till the very last minute, which sometimes puts pressure on the team’s production staff.

“At least I wasn’t given any information to the contrary,” he was adamant. “Work is done around the clock.

“The English are not such holiday people. They only know Boxing Day,” he concluded, referring to the December 26, post Christmas holiday in the UK.