Russell: 2022 is going to be incredibly intense 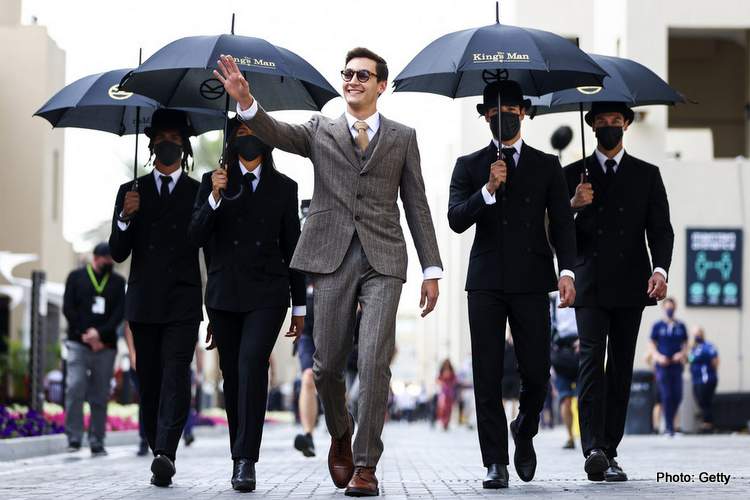 George Russell is embarking on the most important chapter of his Formula 1 career, now a Mercedes driver, he is wary of much tougher challenges from rival teams, in what he expects to be an incredibly intense 2022 season.

It’s the dream racing driver job, driving for serial world champions Mercedes but with it comes with formidable responsibilities for the 23-year-old Englishman, including matching up to seven-time F1 champ Lewis Hamilton as a teammate.

Mercedes dominated the turbo-hybrid era, winning eight F1 constructors titles in a row and seven F1 drivers’ titles; one for Nico Rosberg and six for Hamilton. But in 2022, with a new regulations package aimed at levelling a long-time lopsided playing field, anything can happen as the ‘Have-Nots’ get a chance to match the ‘Haves’ or at least try.

While former powerhouses such as McLaren and Ferrari are expected to be in contention again, should the rules package that kicks off at the scheduled season opener this year in Bahrain deliver on what they were set out to do. Neither can afford not to be…

There are five teams all capable of really doing something special

Predicting a pecking order for the forthcoming F1 World Championship season is meaningless at this stage of the year as all teams are full steam ahead with their 2022 project.

Russell is wary of Mercedes rivals and explained why: “A team like Ferrari that have been through a difficult period for the last two years are going to be so hungry, especially with this new rule change, to come back fighting, similar to McLaren as well.

“These teams have got the infrastructure, the talent within the engineering department, with the drivers as well, to really fight.

“I truly believe there are five teams all capable of really doing something special, so you’ve got to be absolutely on it, and I think development is going to be absolutely key,” Russell told F1.com.

Testing the new F1 cars takes place at the first in Barcelona from 23-25 February followed by the second and final test in Bahrain from 10-12 March, but Russell does not believe these will reveal much: “It’s not going to be whoever has the fastest car in testing.

“It’s whoever manages to understand the car well and can develop and build from those foundations throughout the year. And I think all of the teams are going to make big progress from race one to the end of the season,” predicted Russell.

From a racing side and off-track side, it is going to be incredibly intense

As a Williams driver, anchored to the wrong end of the grid, Russell nevertheless established himself as a Young Gun to take note of. Mature beyond his years, not afraid to speak his mind. Hence, no surprtise Mercedes see him as the heir to 37-year-old Hamilton.

However, stepping up to a big team like Mercedes will add different pressure and challenges, coupled to a mammoth 22-race season ahead for Russell: “It will be the most intense year of my life in terms of the racing schedule, but also from an off-track and marketing side of things.

“Going from Williams, where I have been pretty fortunate in a way, not having to do so many marketing activities just because of the nature of the position we’ve been in, to Mercedes, where we’ve got tons of sponsors and lots of commitments that drivers need to tend to.

“This will be also off the back of COVID. With all the drivers and all the teams, it is all going to ramp up because the partners have missed out on 18 months’ worth of activation.

“From a racing side and off-track side, it is going to be incredibly intense,” added Russell who tested for his ‘new’ team in Abu Dhabi last month

And in retrospect, of course, he might have won the 2020 Sakhir Grand Prix when he replaced Covid-19 afflicted Hamilton. But also the weekend when it was universally realised that Russell is the real deal and due a promotion. Now he has it.